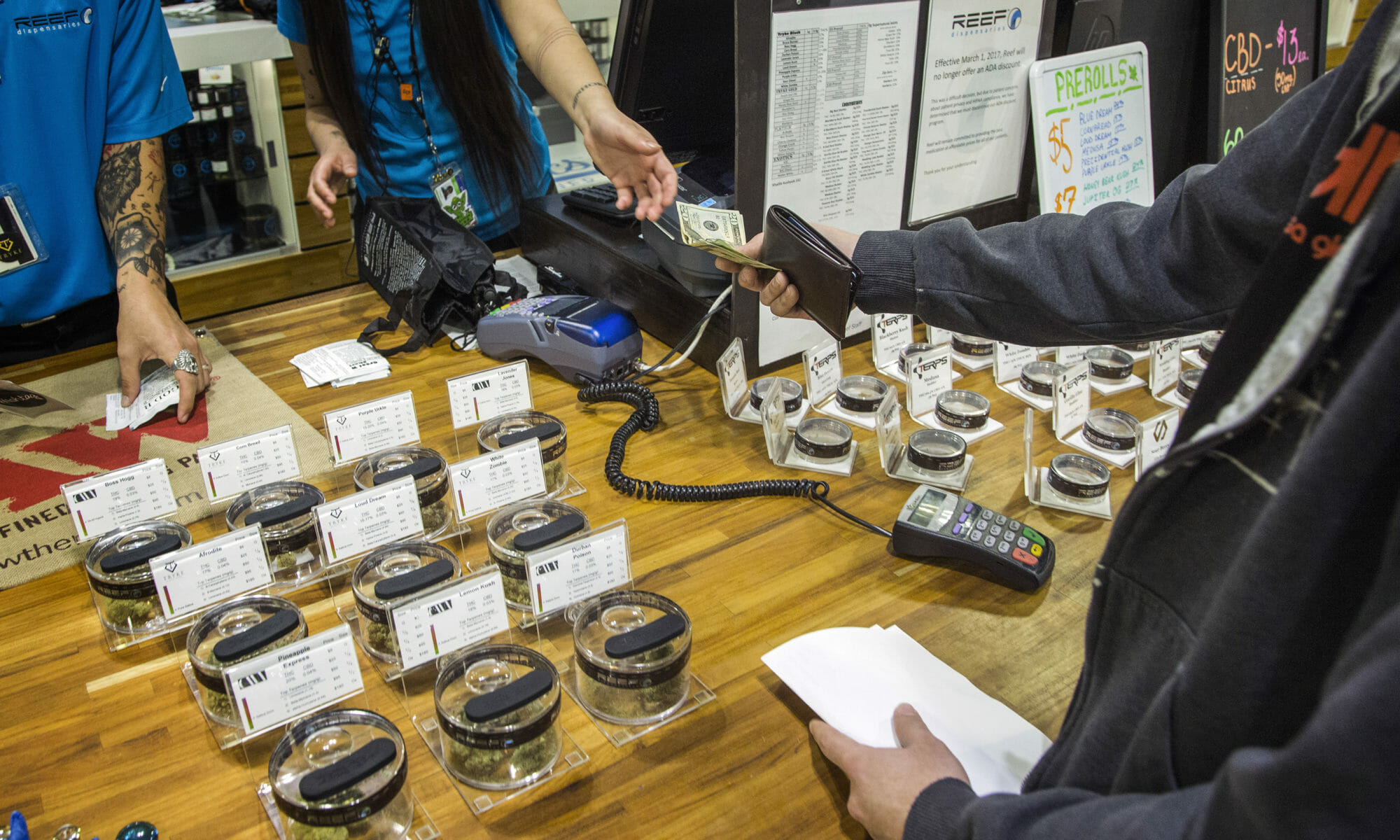 Nearly a dozen cannabis businesses that applied but failed to receive dispensary licenses after a recent application period are suing the Nevada Department of Taxation, saying the agency’s marijuana regulations are invalid and that a lack of transparency in awarding licenses is opening the state up to corruption.

The lawsuit filed earlier this week in Clark County seeks a preliminary injunction barring enforcement of current marijuana regulations and invalidating certain actions the department has taken thus far — including granting 61 conditional licenses and denying hundreds more applications. It’s the latest in a string of lawsuits since the state announced in early December that it had granted additional licenses, but refused to reveal even the business names of those who won without the winners’ written consent.

“The Department of Taxation — refusing to reveal the information necessary to audit the process under the guise of ‘privacy concerns’ — has cavalierly taken the position of: ‘just trust us,’” the motion says. “The lack of transparency is of even graver concern given the fact that the market has established that cannabis licenses are worth tens of millions, even hundreds of millions, of dollars. Given the Department’s lack of transparency in the 2018 application scheme, the system is therefore ripe for corruption on all levels.”

The Nevada Department of Taxation didn’t respond to the specific allegations in the filing.

“The Department has not yet been served with this case, so we haven’t had the opportunity to see the specific complaints,” the agency said in a statement. “However, our newly appointed executive director, Melanie Young, is committed to providing further clarity on the Department’s licensing process as we move forward with our attorneys on litigation.”

Issues raised by the plaintiffs range from concerns about the breadth of criteria the taxation department allowed itself to use in scoring to allegations that some business entities received more licenses than legally allowable in each jurisdiction to fears that the licenses granted will essentially form a monopoly and starve the smaller businesses that helped the industry get off the ground in the first place.

John Ritter, who’s a board member of the Nevada Dispensary Association and affiliated with marijuana company The Grove, which is involved in the suit, said his company has been used as a model for other dispensaries, and the state has referred people to take tours of the company to learn about the industry. So he was surprised to be denied in the latest licensing round.

He said he asked taxation officials what the criteria the department used to score applicants, but was denied further explanation of the process. Appointments with the department to review scores were not available until after the 30-day window to appeal the applications, and during the score review, applicants were only allowed to take notes, not pictures of their scores, Ritter said.

Ross Miller, a former secretary of state and one of the lawyers working on the lawsuit, said the applicants have been denied appeals to the tax department, ignored in their request for help from the tax commission and thwarted when they have tried to request public records.

“They expanded the original intent of the confidentiality provision, which was intended to protect medical records, patient confidentiality. They then expanded it and used that provision to try to apply broader protections,” said Miller. “But as they have now interpreted that, they won’t tell you absolutely anything about what’s going on at the department.”

Plaintiffs also find it suspicious that some locally owned companies have recently been sold to publicly traded entities around the time they were applying. In one example, a company that ended up winning numerous licenses announced in November — during the scoring period — that it had been acquired by a large multinational company.

But he said he assumes background checks were not conducted, because conditional licenses were awarded to the company three weeks later, and the state had been relying on temporary workers with the firm Manpower to screen the applications.

Lawyers for the applicants say they believe the tax department has taken liberties beyond what the Legislature allowed in statute, including the plan to consider any criteria — even ones that were not initially laid out —  in evaluating an application.

Although the regulations were approved unanimously by lawmakers on the Legislative Commission in February 2018 (after they were warned that there would be no regulation on the industry at all if the language was not approved, because temporary regulations were expiring), plaintiffs believe they are invalid. They want the current version not to be enforced, and to revert back to an earlier version of the rules.

The regulation “textually permits the Department to rank applications and allocate conditional licenses based upon arbitrary, irrelevant, vague, ambiguous, undisclosed, and unpublished criteria, rather than criteria ‘that are directly and demonstrably related to the operation of a marijuana establishment,’ as textually required by Nevada law,” the motion says.

Attorney Vincent Savarese says the lack of information being released prevents the public from holding the state agency accountable to its own laws.

“It allows wiggle room for corruption that cannot be accounted for,” Savarese said. “And I’m not saying there has necessarily been actual corruption, but I am saying that this lack of transparency would permit corruption to take place behind closed doors that no one can account for.”

Read the full motion below.