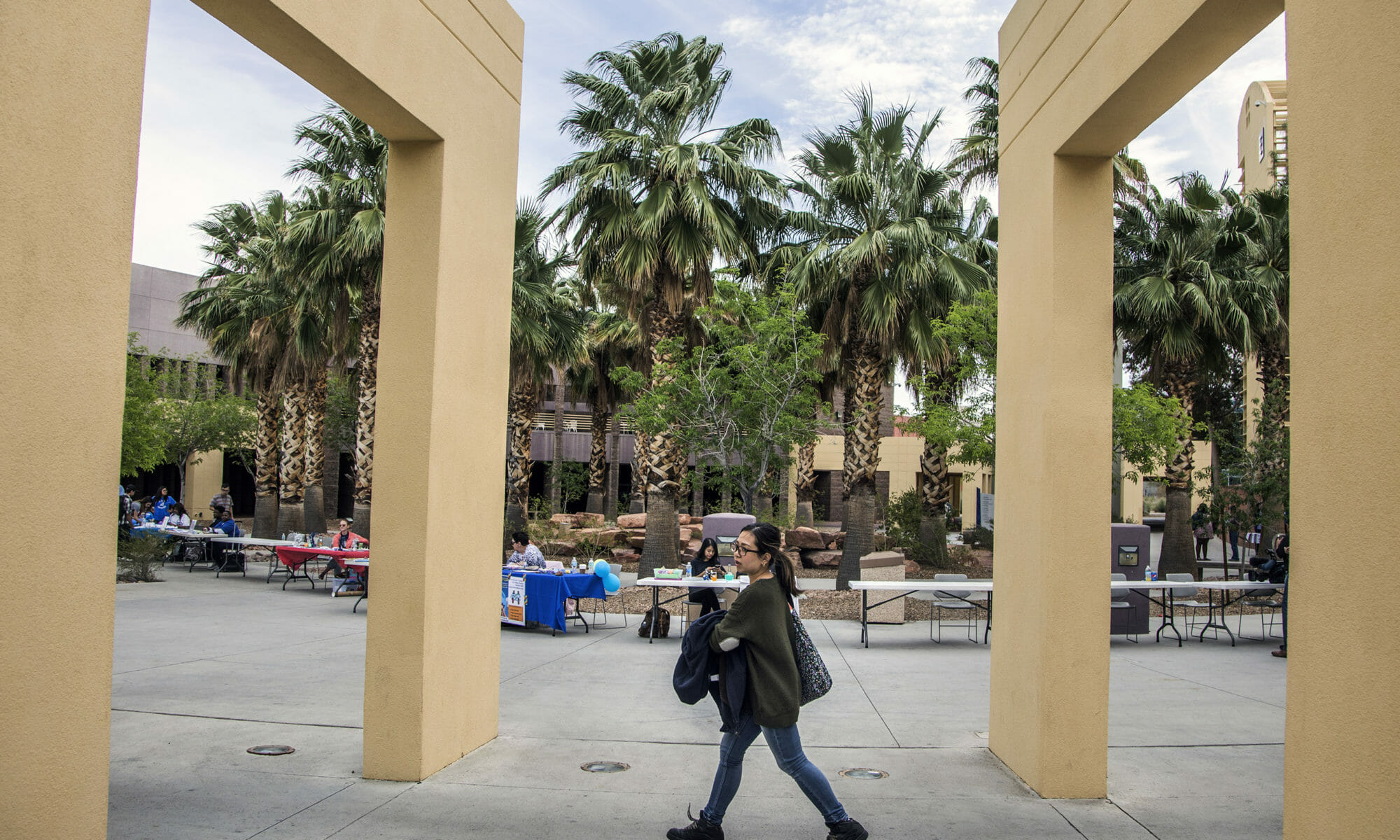 As public health officials began sounding the alarm over the impending pandemic spread of the novel coronavirus in the first few days of March, Reilly had already instructed the eight institutions within the Nevada System of Higher Education (NSHE) to prepare to move operations online by the beginning of April.

But as Gov. Steve Sisolak sought to shutter non-essential industry in a bid to slow the spread of the virus, Reilly accelerated the timeline and ordered colleges closed within the next two days.

In the weeks that followed and with the help of a serendipitous spring break, administrators and faculty at institutions across the state used borrowed time to erect an online classroom infrastructure capable of filling the gaps in the last few weeks of the spring semester, broadly expanding the use of online tools already available and leaning on new-but-ubiquitous software such as Zoom or BlueJeans.

Though there were some scattered complaints from students and faculty, the quick-switch by such massive institutions was largely heralded as a success — especially considering the dire circumstances and compressed timelines.

But now — with just weeks to go before the start of the fall semester — those same institutions are grappling with the same questions, only with a new imperative: How close can a college or university come to bringing operations back to “normal?”

“First and foremost, we've been going, ‘plan for the worst, hope for the best,” said Patty Charlton, a vice president at the College of Southern Nevada (CSN) and the college’s COVID-lead.

NSHE institutions have broadly pursued “hybrid” reopening plans, prioritizing at least some form of in-person classes in addition to expanding online resources and providing widespread training for faculty looking to make a smoother transition to an online course for the fall.

Last Thursday, UNR unveiled a 66-page reopening plan complete with mask requirements, reporting guidelines and a commitment to at least a partial return to in-person instruction through the use of a hybrid teaching model.

But at the nearby Truckee Meadows Community College (TMCC), early plans were made to move roughly 70 percent of classes to online-only offerings, largely mirroring steps taken by NSHE in the spring and summer by reserving in-person instruction only where it was necessary.

“What really culminated into the decision, pretty early on, was when one of the faculty members on the [planning] committee said, ‘You know, we understand that students want to come back to a face to face classroom, but students might not be imagining a COVID face-to-face classroom,” TMCC President Karin Hilgersom said.

Such a classroom would be defined by the health, safety and social distancing guidelines now ubiquitous in the fifth month of the pandemic: plexiglass dividers in every room, alongside masks and face-shields and a six-foot buffer between every person.

“So when we started as a group to Imagine a COVID face-to-face classroom, it just didn't seem as fun,” she said.

At CSN, classes will hew closer to a 50-50 split between online and in-person. According to Charlton, those in-person experiences will be dictated by “whatever is the most restrictive” public health guideline available, with an emphasis — like other institutions — on masks, distance and other infrastructure improvements.

“We knew very early on that we needed to identify what are going to be the limitations,” Charlton said. “And so we've been looking at all of the data that we're getting from, obviously the CDC, from the state, from the World Health Organization, and our local authority.”

Amid the plans surrounding a return to in-person instruction, Charlton said, remains a balance in ensuring a “robust online component” to the transitionary period in the fall, especially for those students who she said “may not feel comfortable” with in-person classes.

But a college experience — be it at a community college or a university — is often more than the sum of its parts, as intangible parts of the social experience may often boost student success further down the line.

Nevada State College President Bart Patterson, who helms an institution where the incoming freshman class is 90 percent diverse and roughly 60 percent of students are first-generation, said an online-only environment could present an additional challenge among those students who lack the same kind of generational or institutional support as their peers.

“I think, for those populations, particularly, it's so important if we can, safely, have an alternative to this in-person classroom experience, even if it's with masks and with social distancing, all the requirements that we will abide by in order to do that,” Patterson said. “Because we're really trying to create that sense of community, a sense of belonging.”

Patterson added that, from an institutional level, the expansion of online resources created an opportunity to “rethink” the student experience, though fully recreating it may prove difficult, if not impossible.

“It's really hard to do that in an online environment,” Patterson said. “I think we'll get better at it over time, but I can't say it will be 100 percent.”

And though the administrators who spoke to The Nevada Independent remained optimistic that the preparations made for the fall will steer their colleges through the transitions, the unpredictability of the pandemic has proven a persistent blind spot, especially with the looming possibility that more public restrictions could come if trendlines worsen.

“We do know that our students really want to come back face to face, and faculty do too, by the way,” Hilgersom said. “But we're not going to do that at the expense of their health.”

Hilgersom said that TMCC will likely make a determination on the shape of the spring semester sometime in September, while Patterson pointed to conditions in October or November as a more likely yardstick for future decisions.

“It's very dependent on what happens in the state and nationally with the number of COVID cases, the infection rate, the hospitalizations, and the availability of a vaccine,” Patterson said. “I mean, all of those things are fluid. We know that. But we're hoping that, at least by that spring semester, we'll be back and much more in person kind of setting.”