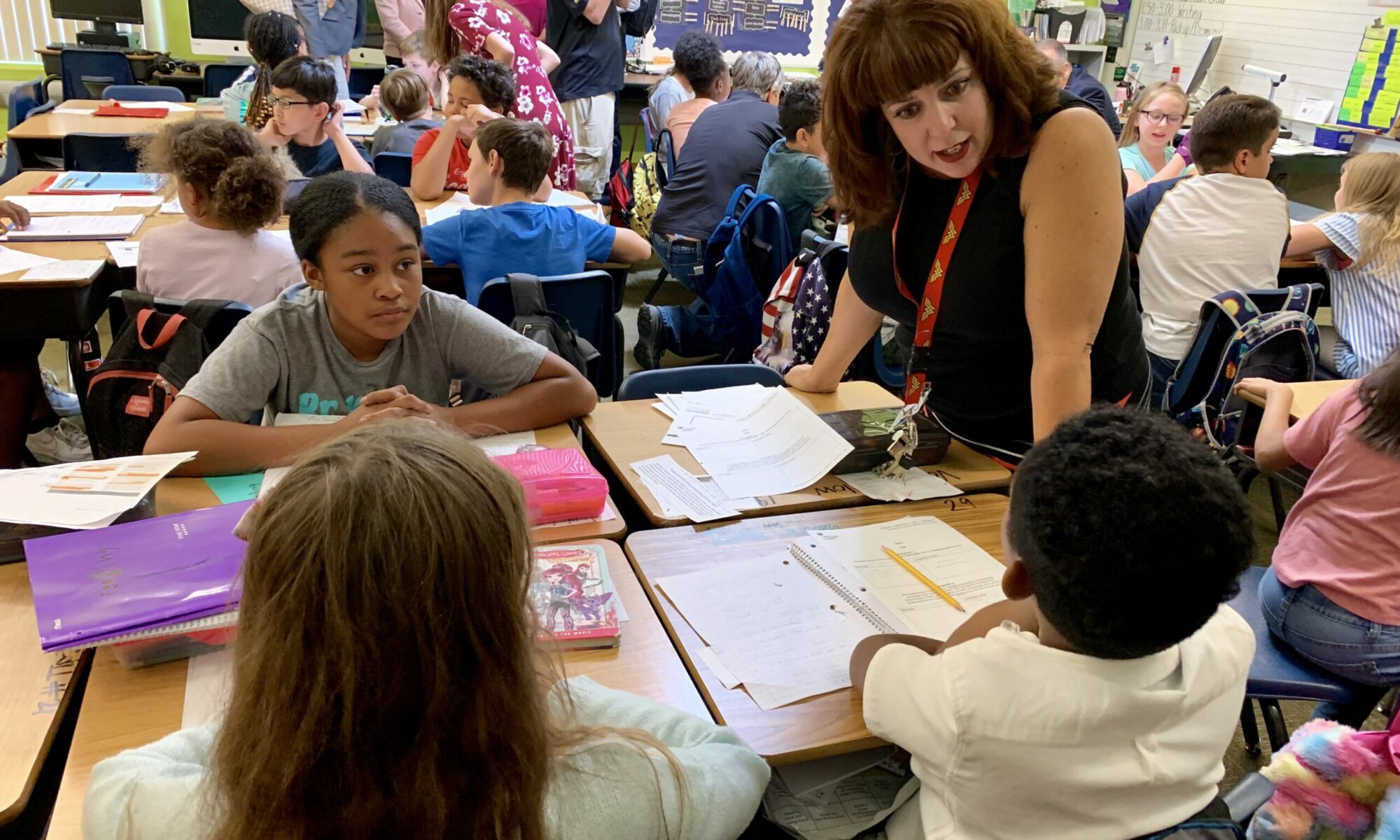 More than half of Nevada schools are meeting or exceeding performance standards, according to data released late Sunday by the Nevada Department of Education.

Ninety-three schools did not receive a rating, indicating they’re too small or don’t serve the grade levels taking the standardized assessments that factor into the score. Excluding those that didn’t receive a rating, the percentage of schools that earned at least three stars is even higher — 60 percent.

The percentage climb was fueled by 184 schools that increased their rating by one or more stars. Of those, 34 schools increased by two stars, and three schools moved up by three stars.

“We know that that work and those ratings don’t happen by chance,” State Superintendent Jhone Ebert said. “Teachers look at where their students are at a specific point in time. They work extremely hard to support the students and the families.”

To that end, Clark County Superintendent Jesus Jara on Thursday delivered thank-you gifts to two teachers who demonstrated significant achievement gains at Triggs Elementary School, which jumped from two to five stars this year. Two rural schools — Hawthorne Elementary in the Mineral County School District and Hillside Elementary in the Storey County School District — also made a similar leap, going from one to four stars.

Sheila Cooper, principal of Triggs Elementary School, attributed the rapid growth to teachers’ focus on curriculum standards and their willingness to work together. As part of that, she said, the school made sure all students were receiving “direct instruction at a level that meets their needs.”

The framework that determines the star ratings is aligned with the federal Every Student Succeeds Act (ESSA) and uses multiple metrics to ascertain a school’s overall performance. Five-star schools exceed all expectations, while one-star schools have not met the state’s academic standards.

Per ESSA, the state must also designate schools that perform in the bottom 5 percent of all schools, have a one-star rating or have graduation rates below 67 percent. If a school meets any of those criteria, it’s considered a Comprehensive Support and Improvement (CSI) school.

Overall, about 1 in 5 Nevada public schools — or 21 percent — are considered CSI schools. But the number of newly designated CSI schools fell from 55 last year to 29 this year.

The Nevada Department of Education identified nine new TSI schools this year, the same number as in 2018. But the department only identified 45 new ATSI schools compared with 104 last year.

Jonathan Moore, the deputy superintendent for student achievement in Nevada, said the department has been “working robustly” to provide support and technical assistance to underperforming schools. That includes helping school leaders and staff implement evidence-based practices to boost student learning.

The number of one-star and four-star schools, however, remained relatively unchanged. There were also fewer Clark County schools that did not receive a rating this year — 32 versus 46 last year.

The Washoe County School District saw gains in the number of schools receiving two, three and four stars. But it also saw a decline in five-star schools, going from 22 in 2018 to 20 this year. On the flip side, it has three fewer one-star schools than it did last year.

Overall, the State Public Charter School Authority earned the most five-star ratings, with 44 schools receiving the highest distinction. On the other end of the spectrum, roughly 1 in 5 charter schools under the SPCSA received a one- or two-star rating. (Eighteen charters received two stars, while three charters received one star.)

A variety of metrics factor into a school’s star rating, including chronic absenteeism, graduation rates and how students perform on state standardized tests known as Smarter Balanced assessments.

Chronic absenteeism declined by less than 1 percentage point from last year, reaching roughly 19 percent. In other words, nearly 1 in 5 Nevada students are absent 10 percent or more of their enrolled school days.

The state’s graduation rate, however, showed more improvement. The graduation rate for the class of 2018 increased by 2 percentage points to hit 83 percent, the highest rate recorded in Nevada.

Third-graders notched the highest math proficiency rate  — 48 percent — despite an overall decline of 0.44 percentage points in that category.

“We are moving in the right direction,” she said.

Here's the full list of the 2019 school ratings from the Nevada Department of Education: