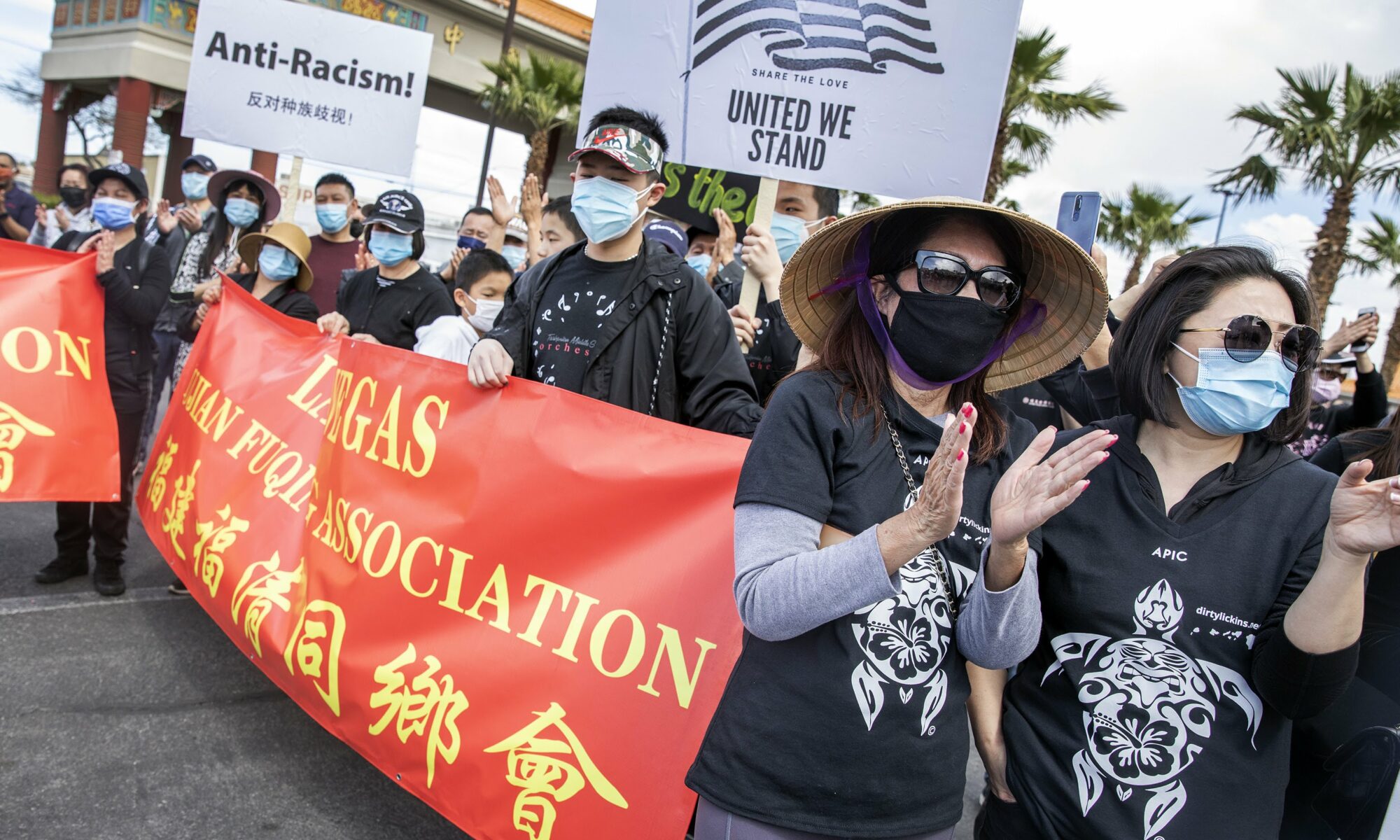 In the United States, Chinese Americans are the largest Asian origin group, accounting for 23 percent of the total Asian American population. The next two largest origin groups are Indian Americans (20 percent) and Filipinos (18 percent). In Clark County, the four largest origin groups are Filipino (52 percent), Chinese (12 percent), and Native Hawaiian/Pacific Islander and Indian (each with 7 percent). Seven origin groups [the four mentioned and Korean (6 percent), Japanese (5 percent), and Vietnamese (4 percent)] account for more than 90 percent of the AAPI community in Clark County.

The rising AAPI population has translated into growing political power. According to Asian and Pacific Islander American Vote (APIA Vote), a nonpartisan civic engagement group, “there were more than 209,000 eligible AAPI voters in Nevada” as of late 2020. The AAPI community represents 9.9 percent of Nevada’s population and 11 percent of the electorate (and 61 percent live in Clark County). The growing political presence helped catapult Rochelle Nguyen, only the second AAPI woman, into the Assembly in 2018. AAPI judges serve on the municipal and state judicial benches in Clark County, Washoe County, and the Nevada Court of Appeals. (However, despite recent gains here and elsewhere, Asian American Pacific Islanders remain “the most politically underrepresented group.”)

But aggregate data blur the significant variation within the AAPI community. According to the Pew Research Center, “Asian Americans were the most economically divided racial or ethnic group in the U.S., with Asian Americans at the top 10th of income distribution making 10.7 times more than those at the bottom 10th.” The variation exists regardless of the issue: for example, while 72 percent of Indians in the U.S. have earned (at least) a bachelor’s degree, only 30 percent of Vietnamese and 18 percent of Cambodians have earned their bachelor’s degree.

The pervasiveness of the ‘Model Minority’ myth and emphasis on aggregated data has unintended and even harmful consequences. The pervasive stereotype of uniform success and wealth often results in fewer resources and less funding to address significant needs of many in the AAPI community. Nonprofits who work in and serve the AAPI community note that it is often more difficult to secure funding and grants because of this narrative.

Unfortunately, the COVID-19 pandemic revealed the vulnerabilities of many in the AAPI community and the significant needs of some AAPI families. COVID-19 deaths among the AAPI community in Nevada are higher than their share of the population: as of May 24. Asian American Pacific Islanders have died from COVID-19 at higher rates (11.9 percent) relative to their respective share of the population (9.9 percent). As I noted in our Communities of Color report, many Asian American Pacific Islanders were employed in front-line industries (e.g. healthcare, etc.) and industries that were most significantly affected by the pandemic. Specifically, Asian American Pacific Islanders comprise 9.9 percent of Nevada’s population, but account for 11.1 percent of retail employment, 16.4 percent of accommodations and food service employment, and 17.8 percent of health care and social assistance employment.

The economic devastation has given rise to tremendous need. According to Vida Chan Lin, founder and Board President of the Asian Community Development Council (ACDC), the top issues in the AAPI community currently are a lack of healthcare access, followed by food insecurity and housing insecurity.

[For those readers who do not know Vida Chan Lin, you should. A community treasure and leader, her entire life (including her career as a successful owner of an insurance company) has been fueled by service to others and to her community. While most individuals who have reached half a century of experience are counting their days until retirement, the visionary Ms. Lin decided to launch a second career. In early 2015, she founded the Asian Community Development Council (ACDC), which has quickly morphed into a multi-million-dollar organization with a broad footprint in Nevada. The ACDC is one of the few community development organizations in the Silver State that offers a wide range of services –e.g., a food pantry, citizenship assistance, housing assistance, flu shots, tax preparation, workforce development services, voter registration, college readiness, etc. This past Sunday, I spent the day with Lin touring ACDC’s facility at Shanghai Plaza in the heart of Southern Nevada’s Chinatown, which serves as a COVID-19 pop-up vaccination site (in partnership with Immunize Nevada). Lin very graciously (and literally) held my hand as I got my first dose of the COVID-19 vaccine (I am brave enough to spend two years alone in a war-torn country but still freak out when it comes to needles!).]

According to ACDC, approximately 40,000 Asian American Pacific Islanders in Nevada do not have health insurance (25,700 of these individuals are below the age of 65). And the number of Asian Americans living in poverty grew 127 percent between 2007 and 2013, higher than the rate for any other racial group. According to the American Association of Retired Persons (AARP), many Asian Americans, particularly those who are age 65 and older, “are in more dire financial straits because of their lesser likelihood to have pensions, social security, and other financial products like health insurance and retirement savings.”

Housing insecurity is also a concern of significant proportions. While the 2020 Homeless Point-in-Time Count and Survey numbers in Southern Nevada revealed that less than five percent of Southern Nevada’s homeless population is of AAPI origin (while 32 percent are African American and 59 percent are White), Lin cautioned that there is tremendous (and hidden) housing insecurity: “some houses have as many as three families living together.” But for the willingness of a friend or family to share a room or a couch and house those individuals, many more could be homeless. To address the need, ACDC has been working with the Clark County Department of Social Services to administer emergency rental assistance during the pandemic and through the recovery.

Prior to the pandemic, the ACDC did not have a food pantry.  However, upon realizing the growing need, ACDC quickly organized and leveraged contacts and a serendipitous opportunity to stand up a 6,000 square foot food pantry with industrial sized freezers. Reflecting Lin’s attention to detail and inclusive approach, the food pantry stocks different varieties of rice and sauces to meet the distinct culinary preferences across origin groups.

As evidenced, when confronted with community need, Lin moves swiftly and with purpose – standing up a food pantry and a pop-up vaccination clinic. The efforts of ACDC (and others) may explain why, by one account, the COVID 19 vaccination rate among Asian Americans is the highest in Nevada!

Now that Nevada has moved into the recovery stage, Lin is making plans beyond the pandemic to continue to serve the needs of the AAPI (and broader) community. Top of mind are ACDC’s efforts to continue to engage the AAPI community in civic education and voter registration activities. (Historically, Asian Americans have had low civic engagement and voter turnout rates).  Additionally, Lin is actively trying to establish a much-needed language bank, like those that exist in other communities, that can provide translation services to non-Native English speakers and immigrants. Should Assembly Bill 177, which mandates that prescription labels be printed in the patient's native language, become law, the language bank that ACDC seeks to stand up may become an even more compelling endeavor.

While Lin did not mention it during our time together, one additional challenge faced by the AAPI community here and elsewhere is the rise of hate crimes and violence against AAPI community members since the pandemic started. In a survey conducted last month, the Pew Research Center found that “32 percent of Asian adults – a greater percentage than any other racial or ethnic groups – said that they feared someone might threaten or physically attack them.” On May 20, President Joe Biden signed the COVID-19 Hate Crimes Act legislation.

Correction: This column was updated on May 27, 2021 at 10:50 a.m. to correctly identify that Rochelle Nguyen is the second AAPI woman elected to the Assembly. Francis Allen, who served from 2004-2008, was the first.

Nancy Brune, Ph.D. is the founding executive director of the Guinn Center, a statewide, independent, nonpartisan policy research center. She is a senior fellow at the Boyd School of Law and serves on the Law and Leadership Program Advisory Council. Dr. Brune received her Ph.D. from Yale University and her Master of Public Policy and B.A. degrees from Harvard University. Prior to joining the Guinn Center, she was a senior policy analyst at Sandia National Laboratories, where she worked on issues of national security. You can follow her on Twitter @NancyBrune or email her at nbrune@guinncenter.org.