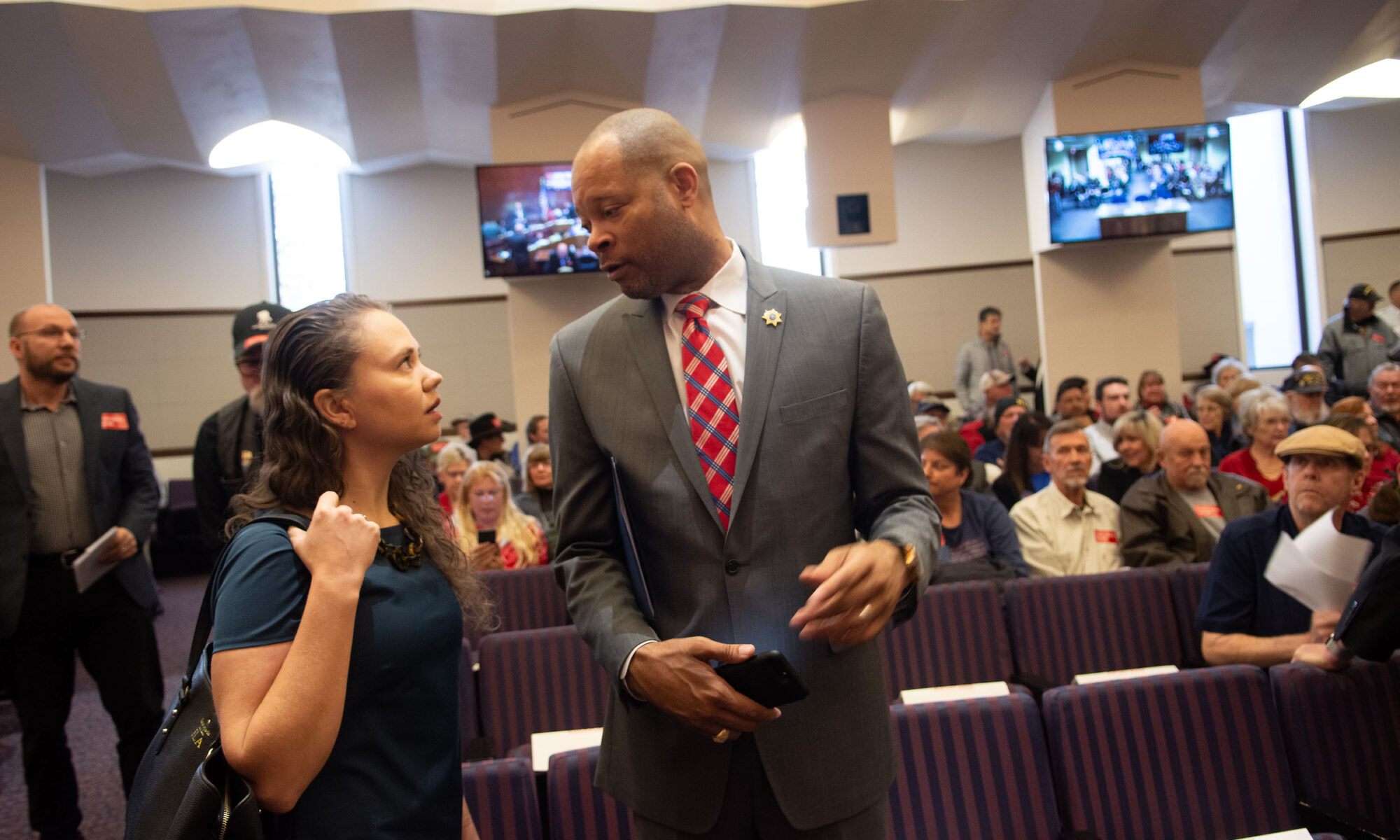 Attorney General Aaron Ford’s top aide attached her name to a fundraising email pitch sent on behalf of Ford’s campaign, a move that raises questions over the mixture of official and campaign staff but one his office insists is allowed under state law.

An email sent Thursday afternoon entitled “I need to be honest with you” and “signed” by Ford’s chief of staff Jessica Adair makes a typical campaign fundraising pitch, highlighting the attorney general’s actions since taking office, including joining an antitrust case against Google and fought the Trump administration on DACA, saying it’s made him a “top target for Republicans.”

“Republicans barely lost Nevada in the 2016 presidential election. They want to make up all their gains and take back every seat, including Aaron’s,” Adair wrote in the email. “Can you give $5 to keep that from happening so Aaron can continue fighting for you in court?”

Nevada’s state administrative code generally allows employees to engage in political activity, but prohibits them from engaging in “political activity during the hours of his or her state employment to improve the chances of a political party or a person seeking office.”

“No public resources or work time were used in the creation or dissemination of this email,” she said in an email on Friday. “The AG’s office maintains policies to ensure that separation from campaign activities is strictly observed.”

Emailed fundraising pitches have exploded in popularity since former President Barack Obama used them to raise millions during his 2008 and 2012 campaigns. Although sometimes repetitive or annoying, most studies indicate that personalized, targeted fundraising email campaigns are highly effective at raising money. The emails are typically signed by a candidate or other staffer, but are almost always written by a fundraising firm.

Ford, who narrowly defeated Republican Wes Duncan in the 2018 election, has sent roughly 60 campaign-related emails in the 11 months following Election Day. Almost all of the emails are listed as coming directly from Ford or “Ford HQ” — the email sent Thursday was the first to be “signed” by Adair.

Other state officials, most notably former Controller Kathy Augustine, have landed in hot water for mixing state resources with campaign-related activities. She was fined by the state Ethics Commission and impeached by the Assembly in 2004 after admitting to forcing state personnel to help her 2002 re-election campaign. Augustine was ultimately convicted on one charge and acquitted of three others, receiving a censure but allowed to remain in office.