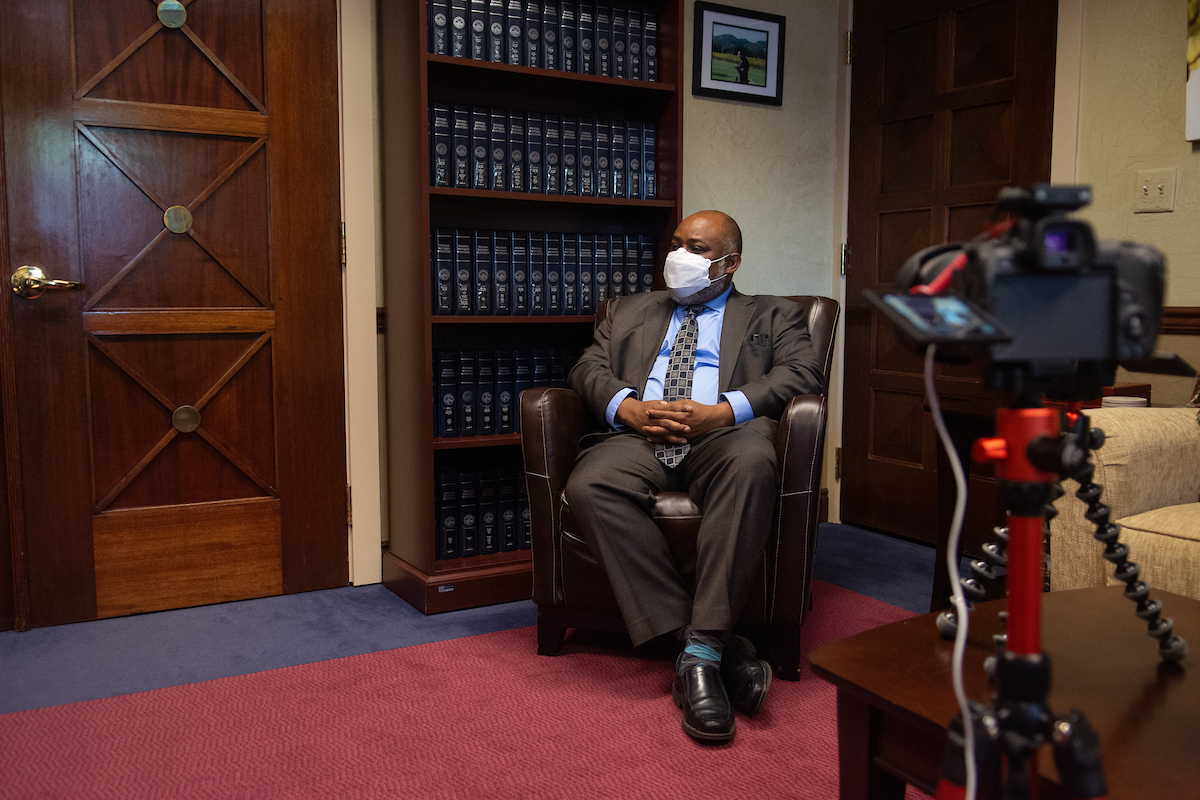 President Joe Biden is nominating Democratic Assembly Speaker Jason Frierson to be the next U.S. attorney for Nevada.

If confirmed, he would be the first Black man to hold the position in Nevada, according to the office of Sen. Catherine Cortez Masto.

The White House announced the nomination in a press release on Friday along with Biden’s choices for seven other federal prosecutors in districts around the country. Sources confirmed last month that Frierson was under consideration.

“These individuals, many of whom would make history if confirmed, were chosen for their devotion to enforcing the law, their professionalism, their experience and credentials in their fields, their dedication to pursuing equal justice for all, and their commitment to the independence of the Department of Justice,” the White House said in a statement.

If confirmed, Frierson would replace Acting U.S. Attorney Christopher Chiou. Prior to Chiou, Nick Trutanich held the post, but stepped down in February along with other picks of President Donald Trump when Biden took office.

Frierson holds the top leadership post in the Assembly, which convened on Friday for a special session on redistricting. Asked about the nomination, he said he was focused on his work in the Legislature.

"There's a process that I respect," he said. "I'm honored to be in this position and looking forward to that process."

He has been both a public defender and a prosecutor in Clark County, as well as a lawyer in the private sector and a deputy attorney general.

Frierson was first elected to the Assembly in 2011, sat out for one term after losing a re-election bid, and has been speaker since 2016.

He played a key role in negotiating a mining tax package that garnered enough Republican support to clear a two-thirds vote bar for tax increases. Proceeds will support public education.

Born in Los Angeles, Frierson graduated from UNR and earned his law degree from UNLV.