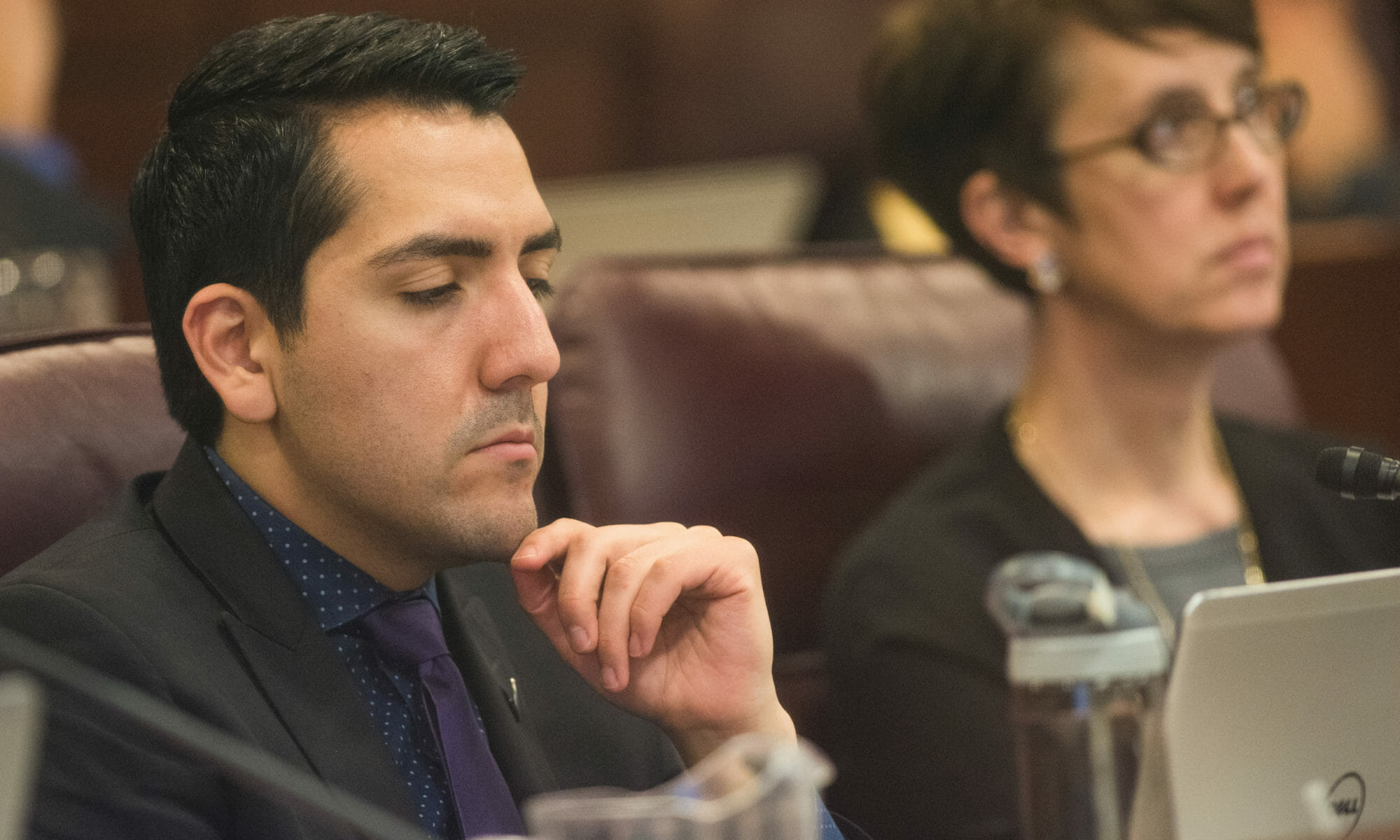 Tristan Torres, 19, said he felt like a “zoo attraction” as a transgender kid at school.

Torres, who entered the foster care system after coming out to his mom, said he thought he would be finally safe and welcome in his foster family.

But when he was being bullied at school by other children, Torres said one of his foster parents brushed it off, telling him it was “bound to happen” because he’s “not normal.” She later told him to stay away from her biological children because she was worried he was “turning them transgender,” Torres said.

“It’s a ridiculous sentiment, but it sent me into despair,” Torres said, adding that he considered taking his own life.

Torres was one of several LGBTQ alumni of Nevada’s foster care system who testified at an Assembly committee hearing Monday in favor of a bill that would require juvenile detention facilities, foster homes, child care facilities and mental health facilities to treat children according to their gender identity, regardless of their biological sex.

The bill, AB99, also requires employees of those agencies to receive at least two hours of training on working with LGBTQ children within 30 days of being hired and outlines a process through which foster children can bring forward grievances.

“This is a very emotional bill to take in, but it’s a very important bill,” said Assemblyman Nelson Araujo, who brought the bill forward. “I strongly feel that if we allow ourselves to pass this bill and get it signed we will be making great advancements toward making sure that all of our youth have the proper protections.”

The ACLU, social justice organizations and other advocates for LGBTQ rights all testified in support of the bill. But the most emotional testimony came from the former foster care children who, like Torres, shared their personal experiences with discrimination.

Allen Johnson, a social work student at the University of Nevada, Reno, said that he and his sister entered into the foster care system when he was 12. It was in the system that he began to question his sexual orientation, but faced judgment from his foster family, Johnson said.

“My foster mother isolated me from the other children in my family because she thought my exploration of sexual orientation was a sign of perversion,” Johnson said.

Even his social worker told him it was “just a phase,” Johnson said.

Denise Tanata, executive director of the Children’s Advocacy Alliance, said the bill is a product of conversations with these youths in the foster system, which prompted the organization to start looking into the standards, policies and practices of how LGBTQ youth are treated in foster care in Nevada compared to other states. (Araujo said only 14 states have laws addressing transgender children in the foster care system.)

Tanata acknowledged that mandating LGBTQ training has the potential to dissuade families who object for religious or other reasons from taking on foster children. But she added that nothing in the legislation would require a foster family to take in LGBTQ children if they were uncomfortable with that for any reason.

“Believe me, there’s a trend nationally to go in that direction,” Tanata said. “This does not require that.”

There was no testimony in opposition to the bill, but Republican Assemblywoman Robin Titus worried that adding additional training requirements for foster parents could be prohibitive, especially in the rural areas.

“It’s not about particularly this subject,” Titus said. “It’s any time you ask them to do more hours of training when we already have a huge void of foster parents especially out in the rurals.”

The committee took no immediate action on the bill Monday afternoon.