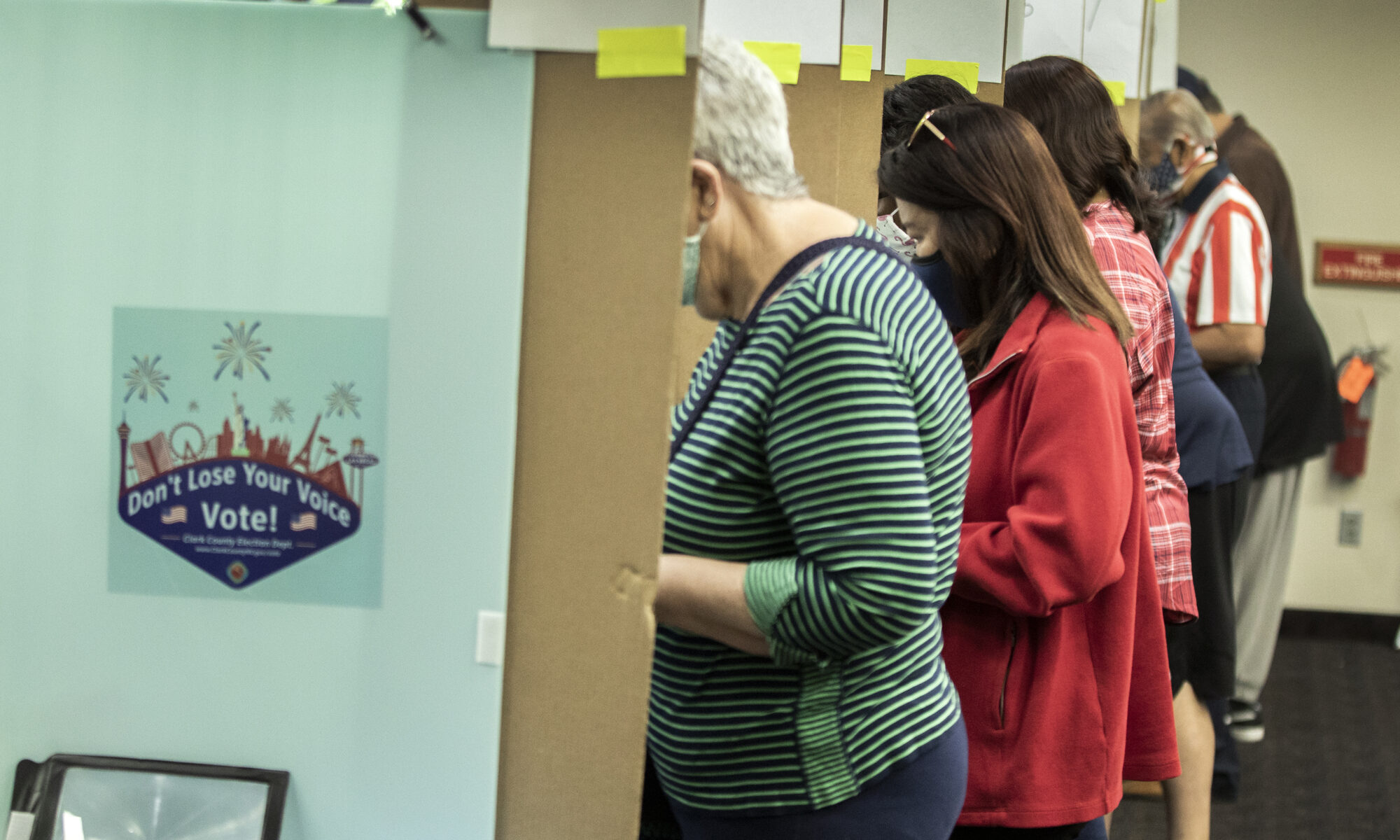 Patagonia is in business to save our home planet, and the democratic process creates the foundation for progress on everything we care about.

That’s why, in 2016, 2018 and 2020 we closed our store, offices and distribution center in Reno—and nationwide—to make the point that Election Day is for voting, not shopping. We gave our employees a paid day off to ensure they would not have to choose between voting and earning a paycheck. During the height of the COVID-19 pandemic last fall, we worked with other businesses, nonprofits and government officials to make voting as safe and easy as possible for Americans.

Now, seemingly as a response to 2020’s historic voter turnout, we’re facing a rash of proposed restrictions on voting around the country. Many lawmakers unfortunately need to be persuaded that increasing—not decreasing—participation in our nation’s elections is the best way to maintain a government that represents all Americans.

Nevada is a rare example of where legislators are getting it right. The Assembly thankfully rejected several bills aimed at restricting Nevadans’ access to the ballot box, and they’re advancing two good bills: AB321 and AB432.

In 2020, an unprecedented 1.4 million Nevadans turned out to vote. What drove this epic turnout was the foresight of speaker of the Assembly, Jason Frierson, who sponsored Assembly Bill 4, allowing ballots to be mailed to every eligible voter and providing voters with options to vote either by mail or in-person. The convenience factor, combined with the intent to keep every voter safe during the pandemic, worked to enfranchise tens of thousands of Nevada residents to make their voices heard in the method most convenient to them.

Having run Patagonia’s Reno Outlet and managing the schedules of dozens of employees, I understand life can be unpredictable. Deadlines and busy weekends are a regular occurrence in our line of work, and for working families in Nevada, especially since the pandemic, the struggle has continued to make prioritizing one’s civic duty a challenge. That’s why mail-in voting worked so well this past year; our employees could complete their ballots at their own pace and then drop it in the mailbox, or at their nearest vote center.

AB321, being considered by the Legislature as we speak, would allow our state to replicate that success every election year. Long lines to vote, inconvenience, and hassle will have no place in the Nevada voting process. This is a stark contrast to a state like Georgia, who just passed a law heavily restricting the use of mail ballots and removing ballot drop boxes. Instead, Nevada would ensure all voters have the option readily at their fingertips to mail, drop-off, or cast their vote in person, at any vote center within their county, and with plenty of time to vote early.

But to truly give as many eligible voters the opportunity to cast their ballot, we also need to ensure voter registration is a painless process as well. That’s why Patagonia also supports a bill to expand the already existing automatic voter registration system, AB432, sponsored by Assemblyman Howard Watts.

AB432 expands Nevada’s current automatic voter registration system to also include other state agencies beside the Department of Motor Vehicles. This would include Medicaid, Silver State Health Insurance Exchange, Tribal agencies, and other agencies run by the state which could be designated by the governor.

This provides numerous ways for Nevadans to get registered to vote or update their existing voter registration with the most up to date and accurate information. Working hand-in-hand with mail-in voting, an expanded automatic voter registration system would ensure that election mail, including ballots, are more likely to end up at the correct address. This cuts down costs and paper usage for both printing unnecessary election mail that can’t be delivered and reducing the cost to register voters on paper forms before or during the election. And if there’s ever a chance to use less paper as a state, I say we take it.

Furthermore, this expanded system would better enfranchise Indigenous communities in Nevada, by allowing voter registration through Tribal agencies which collect the appropriate identifying information. This bill seeks to bring communities traditionally marginalized from our electoral system into the fold, so their vote and their voice is counted as well.

Ultimately, the strength of our democracy depends not on any one voice, company, or state. Democracy depends on every vote being counted everywhere, but Nevada has an opportunity to lead the nation. On behalf of Patagonia and our 726 Reno-based employees, I highly encourage our legislative leaders and Gov. Steve Sisolak to support AB321 and AB432.

Meghan Wolf is Patagonia’s environmental activism manager based in Reno, overseeing the company’s campaigns to protect our lands and waters. She serves on the board of the Nevada Outdoor Business Coalition.