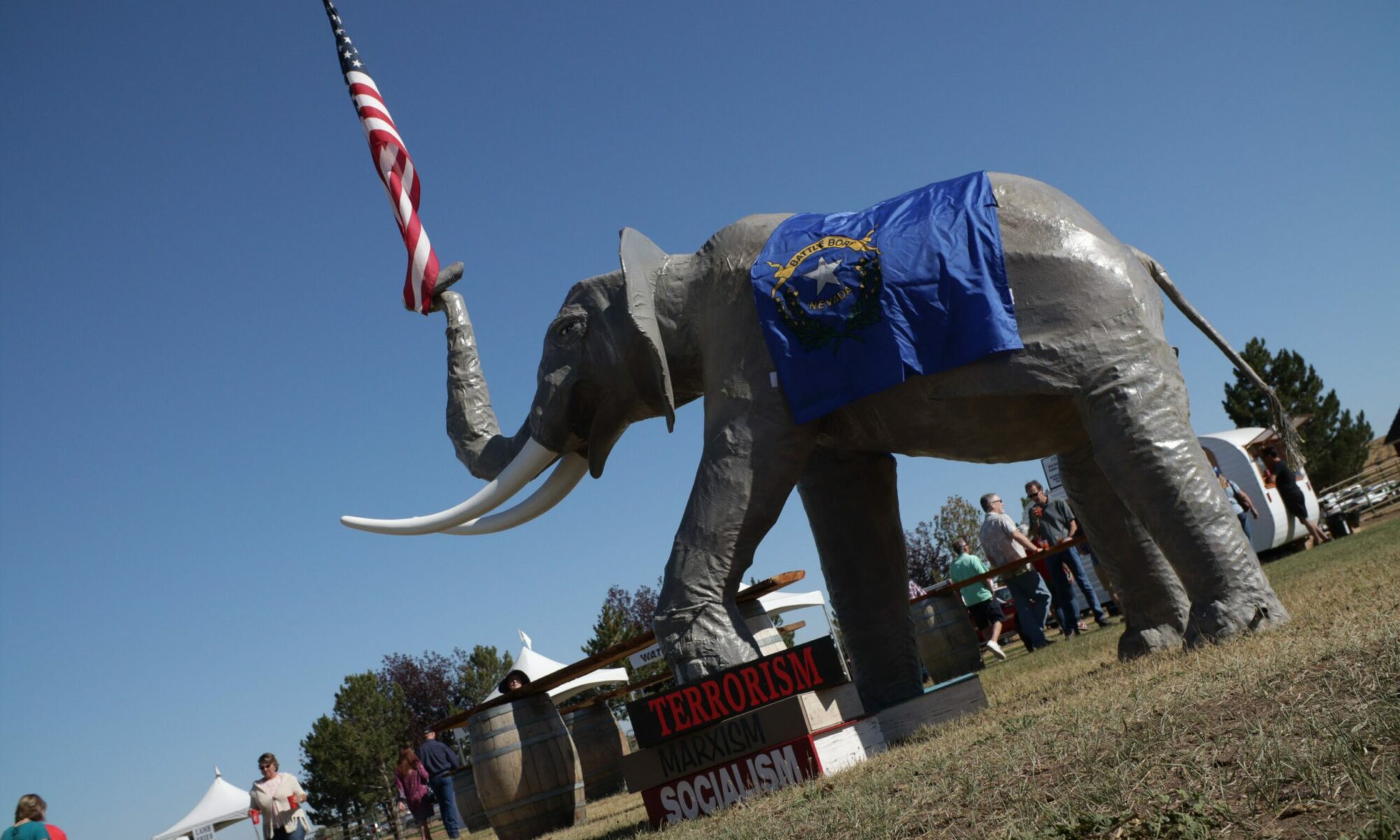 I was reminded of something important the other day that applies to zombie flicks and politics: Gnawing on the other guy is fair game, but it’s really bad manners taking a bite out of your own kind.

Zombies, for instance, wouldn’t be caught dead dining on each other. As the walking deceased, they chew only on the living opposition.

Maybe that’s what Ronald Reagan really meant when he borrowed and made famous the “Eleventh Commandment” of Republican Party politics from former California GOP Chairman Gaylord Parkinson: “Thou shalt speak no evil of other Republicans.”

Those days, presuming they ever really existed, are as quaint as black-and-white television. The Republican Party under Donald Trump’s continued influence has transformed into one big Donner Party in post-insurrection America.

Nationally, there’s no greater example than this past week’s ouster by Trump zombies of Wyoming Rep. Liz Cheney from her leadership position as conference chair. Call Cheney a flawed messenger, but her willingness to call out Trump’s election lies and role in stoking the deadly Jan. 6 insurrection set her apart. And that meant she had to go.

Cheney went down swinging, reminding her cowardly colleagues of the history of the moment: “Today we face a threat America has never seen before. A former president who provoked a violent attack on this Capitol in an effort to steal the election has resumed his aggressive effort to convince Americans that the election was stolen from him. He risks inciting further violence. Millions of Americans have been misled by the former president. They have heard only his words, but not the truth, as he continues to undermine our democratic process, sowing seeds of doubt about whether democracy really works at all.

“… Attacks against our democratic process and the rule of law empower our adversaries and feed communist propaganda that American democracy is a failure. We must speak the truth. Our election was not stolen, and America has not failed.”

Oh, to just once hear that kind of courage and clarity from Nevada’s Trump-entranced Republicans. At a time of genuine political opportunity, with the state’s Democrats delivering decidedly mixed results at the Legislature despite their majority, the GOP continues to follow Trump’s lead to its own detriment.

Its censure of Republican Secretary of State Barbara Cegavske for not going along with Trump’s widespread voter fraud charade in the 2020 election is a reminder of how far the party has fallen down the rabbit hole of conspiracy and propaganda. With former Assemblyman Jim Marchant’s recent announcement that he’ll run for secretary of state, Trump’s Nevada trolls have added insult to injury. (Cegavske will be termed out.)

But whether it’s the big lie or smaller ones, the GOP’s self-deception runs deep in Nevada these days. In Nye County, a veritable Trumpian Petri dish, the anti-mask obsession of Commissioner Leo Blundo and his wife Melissa boiled over after both declined to wear their masks during a recent commission meeting.

At one point, the commissioner’s wife was asked to leave the meeting for refusing to wear her mask. What followed was a series of unfounded accusations posted by Blundo and the Nye County Republican Party Central Committee against Sheriff Sharon Wehrly. The disinformation generated a blistering retort from Nye County Lt. Adam Tippetts.

The anti-mask madness continues even as Nevada drops its mask mandates and the state and the nation reopens. When you’ve bought the big lie, it’s easy to conflate wearing a mask with a loss of freedom.

Dancing with the big lie is having other consequences. It’s something Rep. Mark Amodei, the lone Republican member of the state’s congressional delegation, is starting to experience after voting to force Cheney from her leadership spot.

Generally adept at the fine art of the fence-straddle, in an interview with The Indy’s Humberto Sanchez Amodei acknowledged truths that ought to have given him pause. For starters he admitted, “You can't run a railroad where the person driving a locomotive hates the president of the railroad.”

Never mind that calling out a lying president bent on stirring insurrection and damaging our democracy has nothing to do with hate. It has to do with truth. I suppose Amodei deserves credit for admitting who is running the GOP’s railroad right off the tracks.

But that’s the power of Trump’s big lie. He’s made zombies and suckers of even the GOP’s smart set.