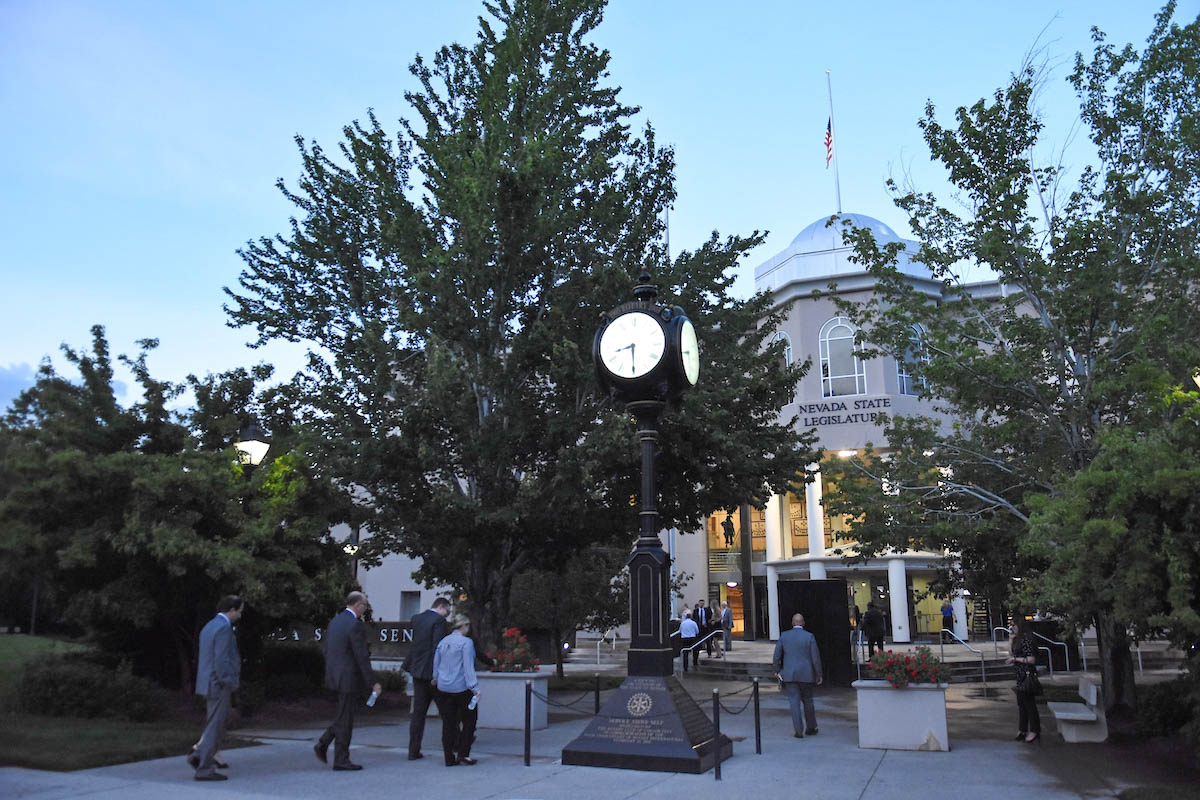 One day before lawmakers are scheduled to convene a special legislative session addressing Nevada's huge budget shortfall, the Clark County Commission unanimously appointed Kasina Douglass-Boone to fill a vacant seat in the Assembly.

Douglass-Boone, a social worker for the Clark County School District, previously ran for the District B trustee seat in the 2020 primary but came in third. She was the only applicant for the District 17 Assembly seat left open following the sudden death of Democratic Assemblyman Tyrone Thompson during the 2019 session.

"Assemblyman Thompson was my teacher and he instilled in me the importance of being an agent of change. It would be a true honor to serve our community for the final five months as the District 17 representative," Douglass-Boone wrote in her statement of interest to the commission.

State law requires county commissioners to fill vacancies in the Legislature with appointees from the same district and the same party as the previous seat holder.

Clark County's request for applications for the seat went out on June 24 and gave potential applicants until June 30 to submit statements of interest.

Because the North Las Vegas-area district has a more than two-to-one voter registration advantage for Democrats over Republicans, it’s likely that the next representative for the Assembly seat will be Air Force veteran and court clerk Clara “Claire” Thomas, who did not attract any primary challengers. She’ll face off against Republican candidate Jack Polcyn, a disabled Army veteran, in the 2020 general election.

Before motioning to approve Douglass-Boone for the position Tuesday morning, Commissioner Lawrence Weekly thanked her for her work with the community and said he was honored to appoint her.

"If this appointment goes through, you have a noon flight to try and catch," Weekly said. "[I'm] so very grateful that you would have this opportunity to serve the great state of Nevada. I think that you will be absolutely awesome and I know that you are working extremely hard to live up to the legacy of the late, great Tyrone Thompson."

Commissioner Tick Segerblom warned that Douglass-Boone will face difficult decisions in the Legislature, given the state’s $1.2 billion budget deficit.

"You're coming into this at the really worst time possible," he said. "The decisions you're going to make are not going to be fun decisions, but they are very important, so thank you."

Douglass-Boone will join the other 41 Assembly members in Carson City on Wednesday to discuss ways of addressing the state's hard-hit budget. Legislators are also expected to discuss criminal justice reform measures in the wake of George Floyd's killing and protests against police violence and discrimination that have erupted across the country.