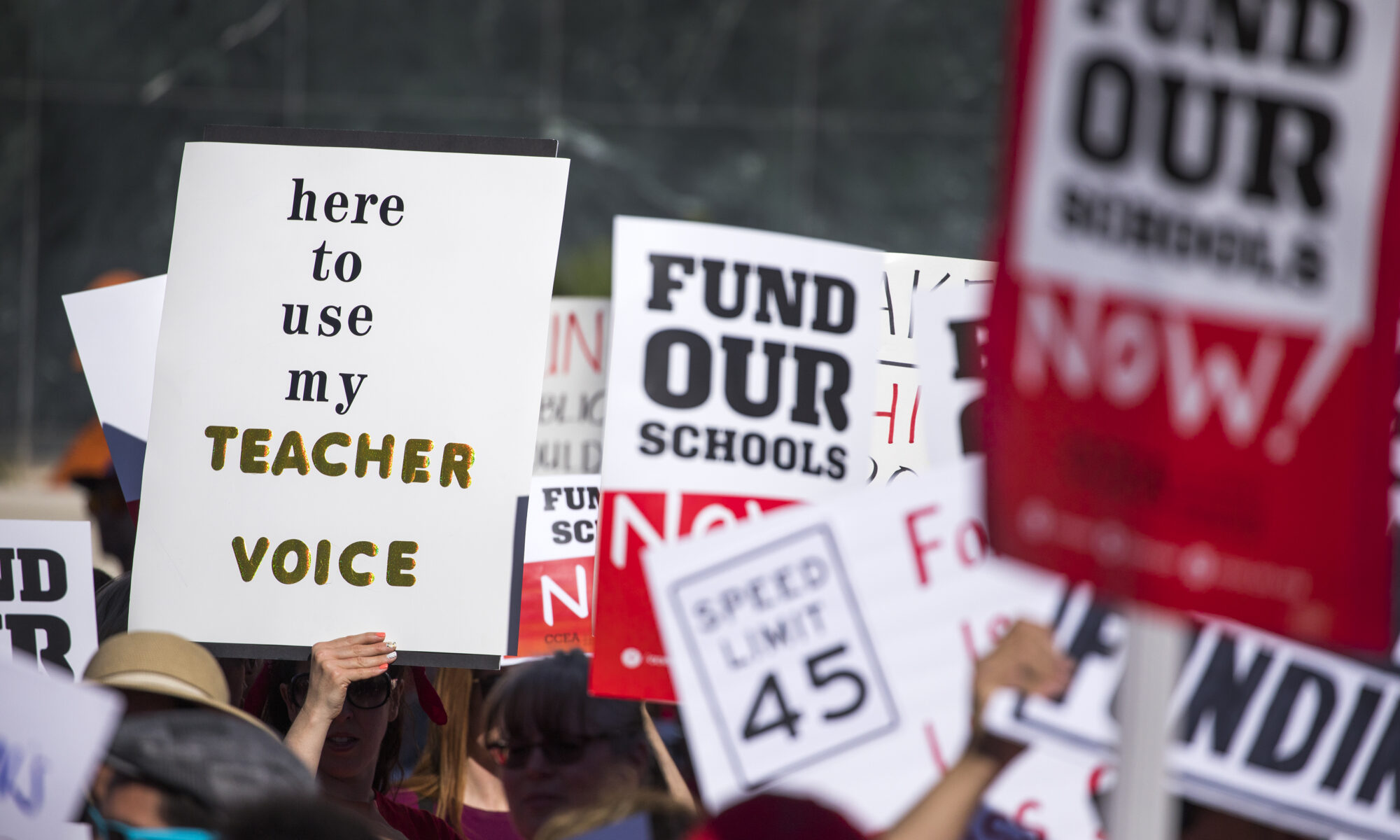 Union leaders announced the so-called Strategic Horizon campaign Saturday during a meeting, where members “overwhelmingly approved” the move, CCEA’s executive director, John Vellardita, said on the organization’s podcast. The $9 per month increase to educators’ union fees would go directly toward the campaign.

The campaign seeks to find $1 billion or more in state funding for public education, possibly through one or more initiative petitions to raise taxes, Vellardita said in an interview. The Las Vegas Review-Journal first reported the union’s plans.

The union hasn’t decided what tax revenue streams it would target, but Vellardita said it would be ones that could produce the hefty sum as well as garner public support. Once the revenue streams are identified, the union plans to file the initiative with the secretary of state’s office and begin collecting the needed signatures early next year to qualify it for the 2022 ballot, he said.

Vellardita said the timeline also allows for discussion during the 2021 legislative session. The union wants to work with Gov. Steve Sisolak and legislative leadership on the issue.

“If we can find a solution at the session, that’s obviously the place we want to see it,” he said.

State lawmakers approved Senate Bill 543, which created a new education funding formula, during this year’s legislative session. While the legislation provides a broad outline for the new formula, it doesn’t include any new revenue — a point that has led to criticism, particularly from the Nevada State Education Association.

CCEA, meanwhile, has supported the new funding formula, saying it was a necessary step before increasing revenue. Vellardita said SB543 offers more reassurance that money earmarked for education would be used for that purpose, hence the union’s campaign.

Given those dynamics, Vellardita said the union “absolutely” believes the public would support increased taxes for public education.

“I think we’re in an interesting time,” he said. “There’s a recognition in the public that additional dollars are needed to make improvement.”

The billion-dollar figure isn’t out of thin air. It’s the number floated in public discussions and studies about what’s needed to adequately fund Nevada’s public schools.

Vellardita said the increased membership dues would provide more than $2 million to put toward the campaign, which the union envisions morphing into a coalition over time. It wouldn’t be the first coalition, though. The Fund Our Future Nevada coalition lobbied for more education funding this past legislative session, but CCEA did not join as a partner.

The move comes several months after the union and district narrowly avoided a teacher strike brought on by a labor dispute that boiled down to inadequate funding. In the end, the district shuffled resources to provide the raises that weren’t originally included in its contract offer to educators.