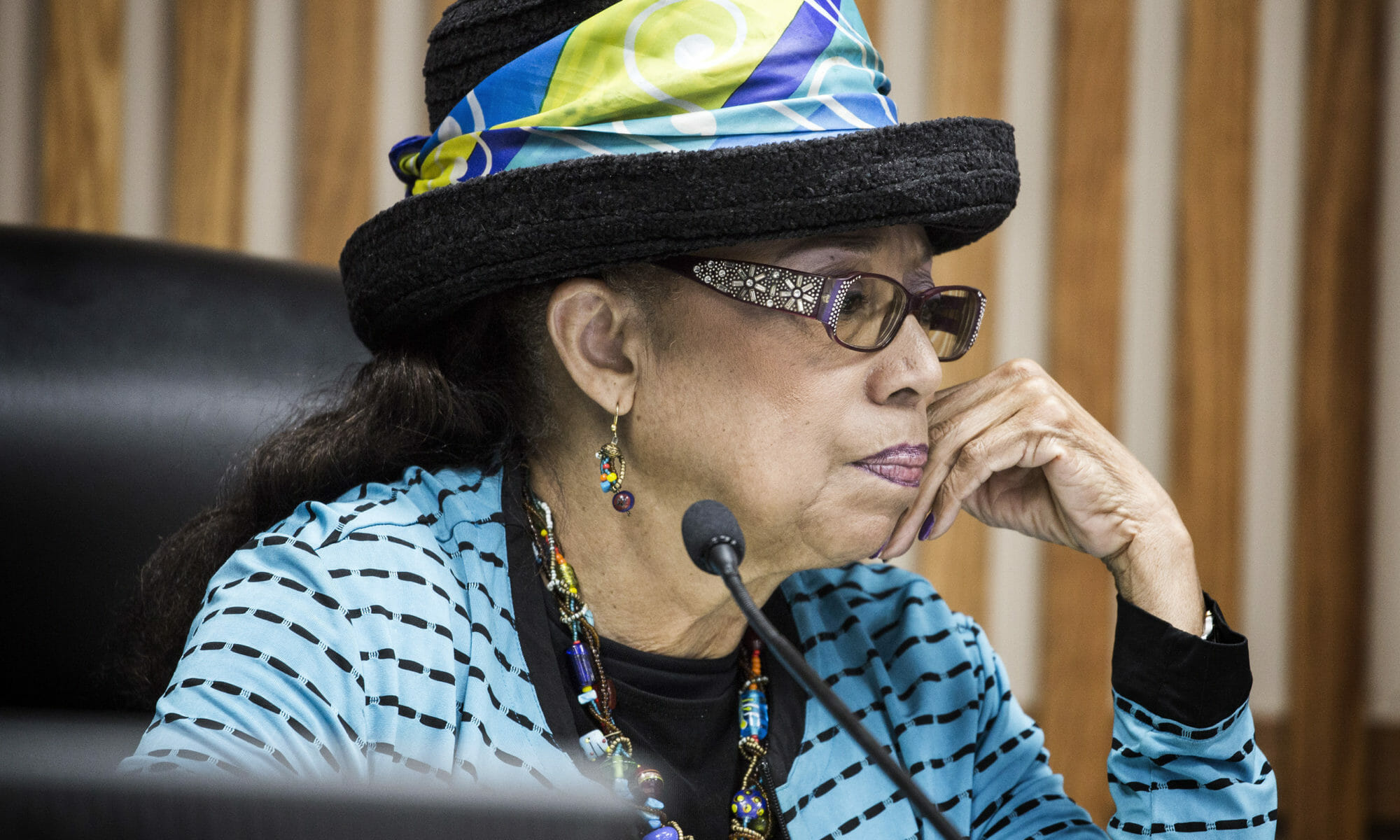 The legal battle over the state-mandated reorganization of the Clark County School District will continue despite ongoing efforts to resolve issues outside the courtroom.

Without explaining their votes, the school district’s Board of Trustees voted 5-0 Wednesday morning to authorize their general counsel to refile a lawsuit against the Nevada Department of Education and State Board of Education. The vote happened quickly and without discussion at the board’s monthly work session.

Trustees Carolyn Edwards and Erin Cranor were absent and did not participate in the vote. Board President Deanna Wright participated via telephone, as did Trustee Chris Garvey.

Trustee Linda Young, who serves as the board’s vice president and ran the meeting, declined to comment on the decision to pursue another lawsuit.

School district spokeswoman Melinda Malone said the new lawsuit would contain essentially the same language as the previous one. The district is mailing the lawsuit for filing tomorrow in Carson City District Court, she said.

Last week, the school district voluntarily dismissed its first lawsuit after state officials alleged the trustees violated the Open Meeting Law by not taking a public vote on the lawsuit before filing it in December. The school district left open the possibility of filing a new lawsuit after a public vote, saying that issue shouldn’t cloud the overall gist of the lawsuit.

“The district is not interested in litigating arguments about Open Meeting Law, which is a distraction to the issue at hand — educating our students,” General Counsel Carlos McDade said in a statement last week. “Our goal in this lawsuit is to avoid harming students and schools while we implement the reorganization.”

The reorganization, which is supposed to be implemented by August, decentralizes district operations and transfers more power and decision-making authority to schools. The trustees outlined a myriad of issues in their original lawsuit, including that the reorganization is an unfunded mandate and doesn’t adequately address student achievement.

The reorganization is underway at the school district. Meanwhile, district leaders and state education officials have been attending meetings to iron out the concerns, but while some progress has been made, the efforts haven’t resolved everything.

Malone said the district intends to continue working with state officials despite the refiling of the lawsuit.

State Superintendent Steve Canavero said he's disappointed the school trustees opted to file another lawsuit. He called it an "incredible waste of time, money and a distraction to the real work" necessary to improve education.

"I'm going to continue to implement the law," he said, adding that state officials have put forth a "good faith effort" to address the school district's concerns and consider tweaks to the regulation.

The trustees’ decision didn’t go over well with Crystal Hendrickson, a Henderson resident whose two children attend Newton Elementary School. She blasted the trustees for continuing litigation regarding the reorganization.

“It’s obvious to everyone that this is a feeble effort to hold onto power,” she said during public comment.

Skorkowsky has defended his decision, saying the reorganization regulation gives him the final call on hiring principals. But upset parents questioned the role of the organizational teams if their advice falls on deaf ears.

-- 5:30 p.m.: This story has been updated to add comments from the state superintendent.

Caption: Dr. Linda Young, vice president of the Clark County School District Board of Trustees, during a meeting in Las Vegas on March 1, 2017. Photo by Jeff Scheid.