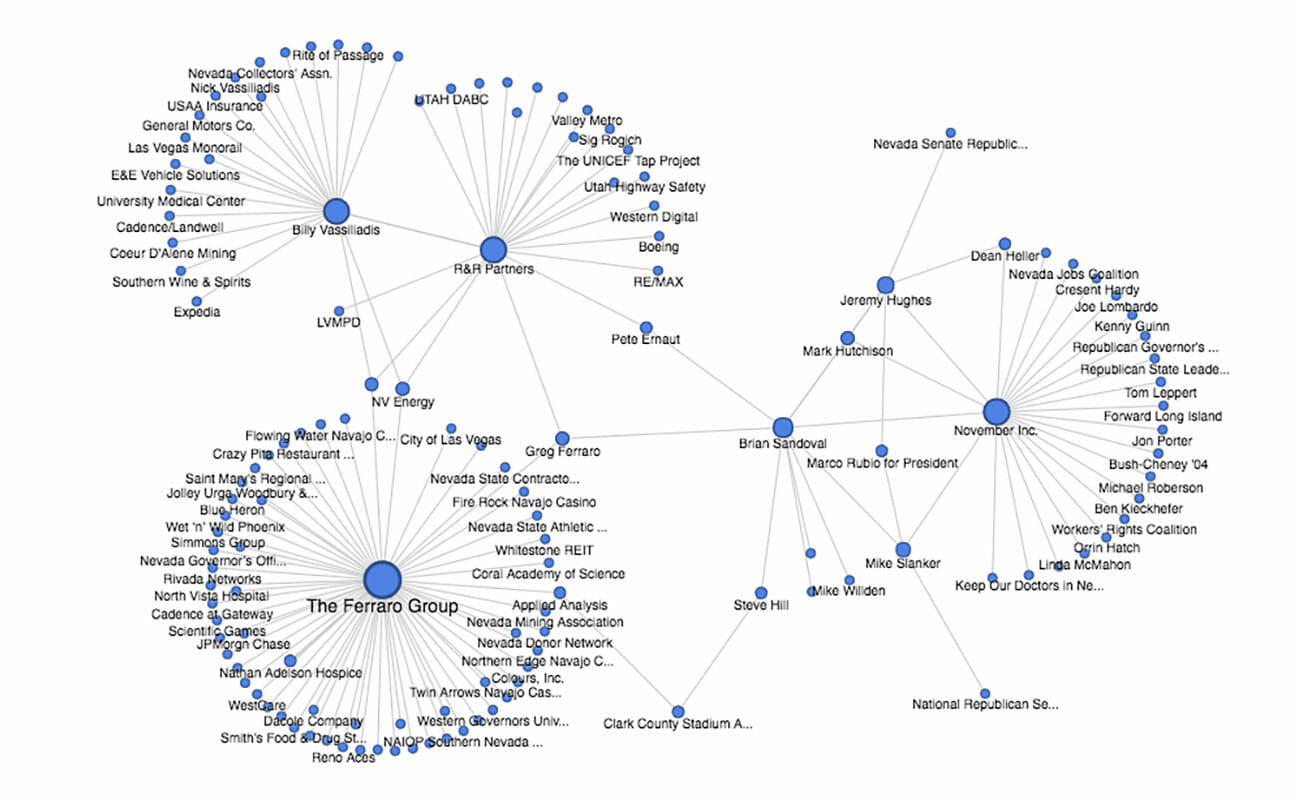 Talk to anyone in politics in Nevada, and they’ll tell you what a small world it is. Lobbyists become politicians. Politicians "retire" as lobbyists. It’s hard to find more than a couple of degrees of separation between just about anyone. Take, for example, Gov. Brian Sandoval. His close friends from college now lobby for some of the most powerful interests in the state. His former campaign managers are some of the most influential Republican campaign consultants.

The Nevada Independent is mapping out some of these connections, starting with Sandoval, but is seeking your input as we try to connect all the dots in Nevada politics. Feel free to zoom in, zoom out, and drag around the dots in the graphic above to explore some of the connections. See a link we haven’t included yet? Give us a shout out at info@thenvindy.com and we'll consider it for our next update.