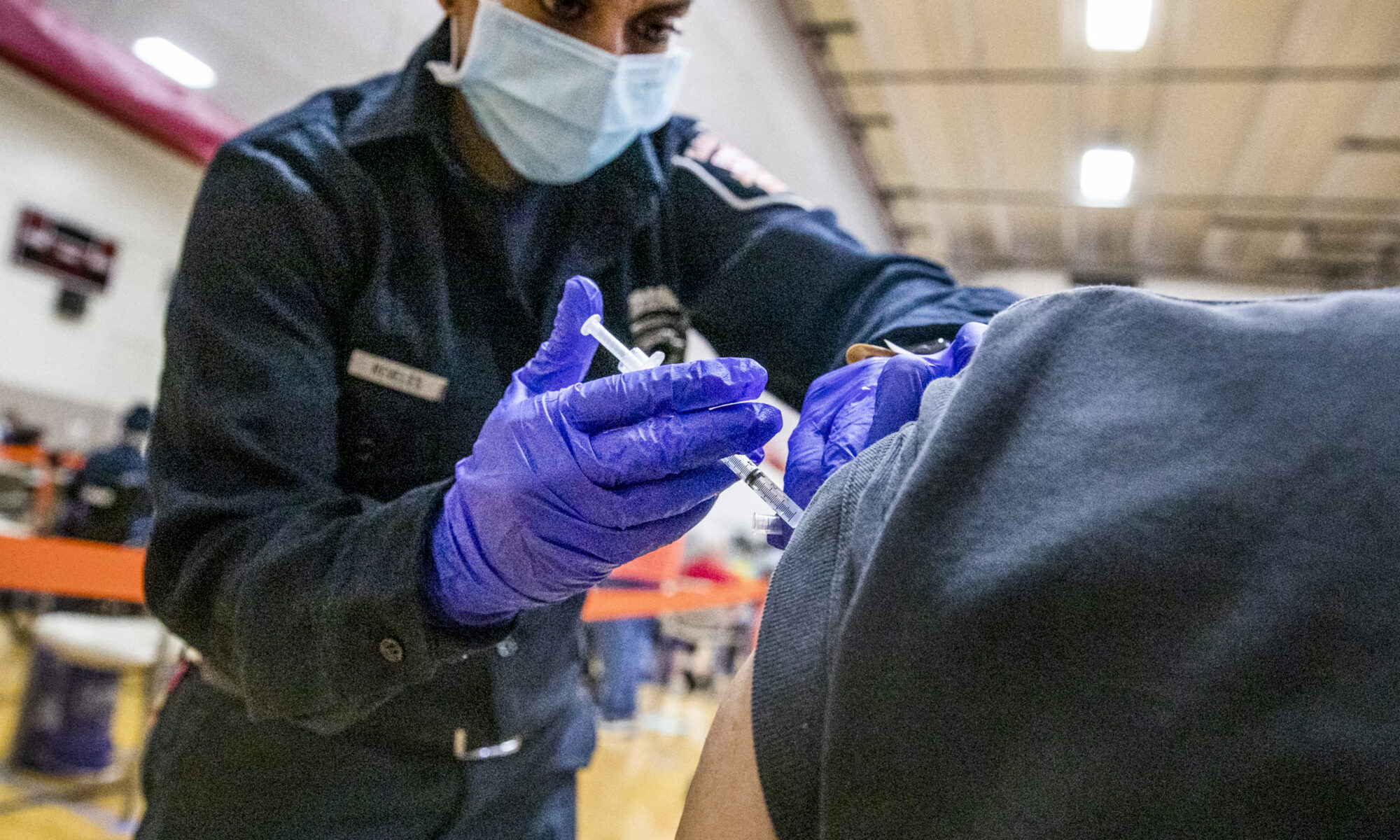 Welcome to the 42nd installment of “Coronavirus Contextualized,” a recurring feature in which we explore some of the numbers swirling around in the time of coronavirus.

These stories serve as a written roundup of the COVID-19 trends we kept our eyes on this week, with all graphs and charts living permanently on our COVID-19 data page, where they are updated multiple times a day with the latest numbers.

Below, we take a look at the latest COVID-19 trends exactly one year since the first case of COVID-19 was announced in Nevada on March 5, 2020.

The number of new COVID-19 cases reported each day in Nevada has remained relatively even for the last two weeks following a couple of months of steady declines following the fall surge.

As of Thursday, an average of 346 cases were reported each day over the last seven days, down from 396 last week. Cases have been fluctuating but relatively level since Feb. 20, when the state hit a seven-day average of 409. Since then, the seven-day average has fluctuated between a high of 409 and a low of 344.

At the peak of the surge this fall, the seven-day average was 2,736, on Dec. 10; the low point before cases started to increase in mid-September was 267.

State biostatistician Kyra Morgan, at a meeting of the state COVID-19 Mitigation and Management Task Force on Thursday, said the data continue to show good news for the state. However, she emphasized the importance of the state’s decision to move slowly with its reopening efforts to allow time to see the effects in the data.

“I think a lot of states are moving a little bit too quickly and really putting a lot of faith into the idea that that will work well for them,” Morgan said. “I think Nevada is doing it, kind of, slow and steady wins the race.”

Since the beginning of the pandemic in March, there have been 295,167 COVID-19 cases reported statewide. Only 5 percent of those cases, 13,376 have been diagnosed in the last month, and less than 1 percent, or 2,420 cases, have been reported in the last week.

One in 10 Nevadans has tested positive for the virus since the beginning of the pandemic. Nevada ranks 17th in the nation for COVID-19 cases per capita, the same as last week.

Nevada’s test positivity rate — which looks at the percentage of tests or people coming back positive out of the total tested — also continues to generally decline.

Starting with the number of new reported people who tested positive for COVID-19 out of the total number of new reported people tested each day, the state’s seven-day average test positivity rate was about 19.8 percent as of Thursday, up a little from a recent low of 14.2 percent on Feb. 22 but down significantly from a high of 45.9 percent on Dec. 13. Before the fall surge, the test positivity rate was 9.2 percent.

One of the drawbacks, however, of looking at test positivity using individual people is that some people are tested repeatedly. Someone who tested negative four times but tested positive on their fifth time would be counted as a new positive person but not a new person tested. (In other words, they would be counted in the numerator but not the denominator.) That’s why the test positivity rates calculated this way look so high.

It is not possible to independently calculate the test positivity rate based on test encounters because the state only reports the number of positive cases, not the number of positive test encounters. However, the state does provide this number, calculated as an average over a 14-day period with a seven-day lag. As of Wednesday, that number was 6.9 percent, down from a high of 21.6 percent in mid-January. In September, before cases started to increase, the test positivity rate was 6.2 percent.

Whichever method you use, the trend, generally, is still the same: Statewide test positivity continues to be on an overall decline.

Since the beginning of the pandemic, about 1.4 million people — about 1 in 2 Nevadans — have been tested for COVID-19, and there have been more than 2.7 million individual testing encounters.

That means that 1 in 6 Nevadans has either been fully or partially vaccinated. In total, Nevada has been distributed 984,300 doses of the vaccine by the federal government.

According to the CDC, Nevada is now receiving the 13th fewest number of doses per capita from the federal government of any state — improved from ninth last week — at 31,956 per 100,000 residents. The federal government has told state officials that it is using the 2018 American Community Survey population numbers, which may not accurately reflect Nevada’s current population, to allocate doses to states.

It’s important to note that these numbers are a rough approximation, as shots are reported based on the county where they were administered, not where the person they were given to lives.

Nevada hit a grim milestone on Thursday: More than 5,000 people have now died from COVID-19 over the past year in the state. The death toll stood at 5,005 by the end of the day.

Pershing County has the highest number of deaths per capita in Nevada, with 30 deaths per 10,000 residents, followed by Carson City at 21 and Nye and Churchill counties, each at 20.

Nevada ranks 23rd in the nation for deaths per capita, the same as last week.

COVID-19 hospitalizations in Nevada not only continue to decline across the state but they are, in fact, at their lowest levels since late June.

There were 407 people hospitalized with COVID-19 as of Wednesday, the last day for which data is available, down from 532 last week. The record, 2,025 hospitalizations, was set on Dec. 13. The last low point in September was 417. The last time they were lower than this was on June 22, when there were 389 hospitalizations.

Only three of the state’s 17 counties, Elko, Nye and Pershing, are considered at elevated risk for the spread of COVID-19 according to state criteria as of Thursday.

Mineral County continues to have the highest case rate in the state at 680 cases per 100,000 residents in the last 30 days. Pershing comes in second at 488 and White Pine comes in third at 453.