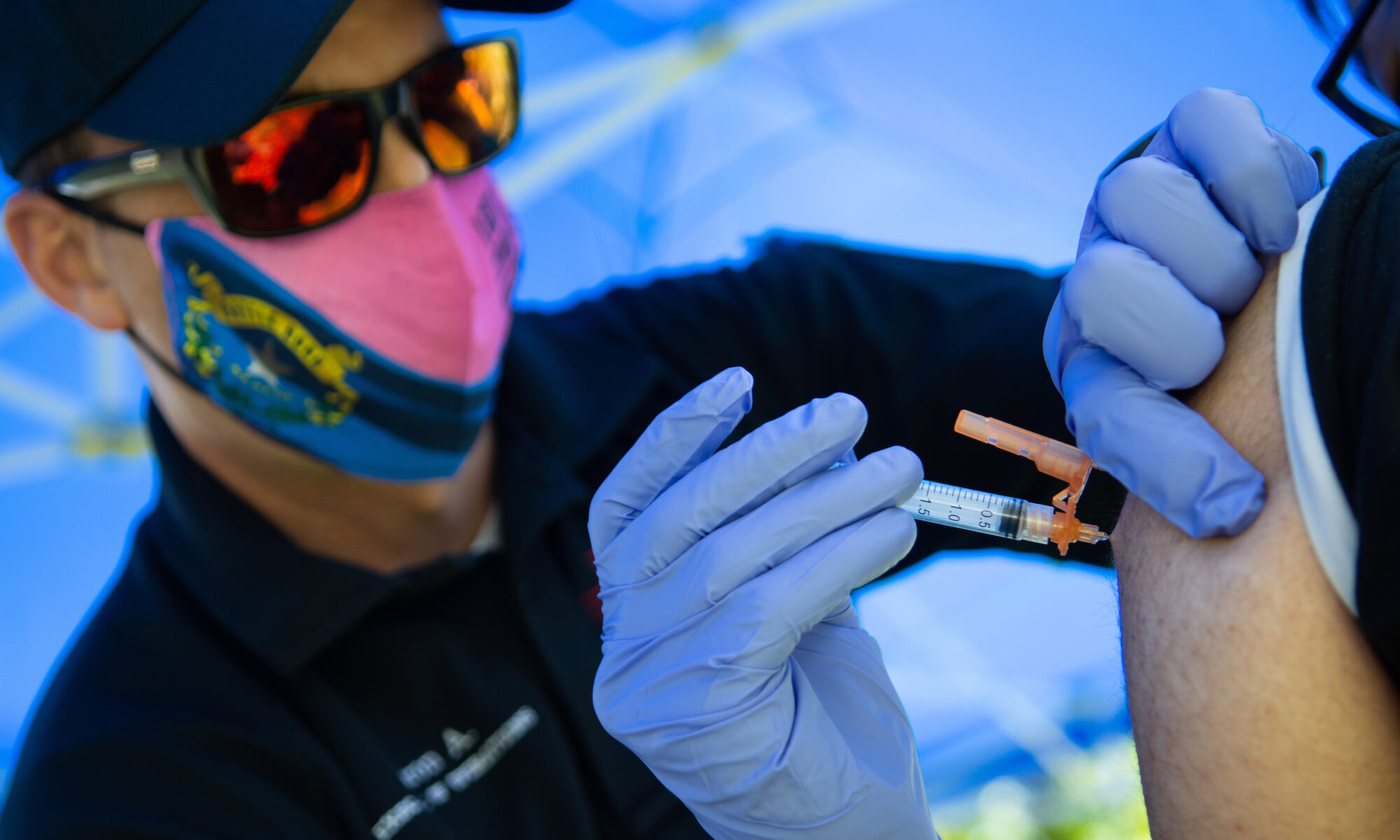 Welcome to the 48th installment of “Coronavirus Contextualized.”

For more than a year, we have brought you the latest COVID-19 numbers in Nevada, including COVID-19 cases, hospitalizations and deaths, and provided context to them on a near-weekly basis through this series. You can view the prior editions of “Coronavirus Contextualized” here.

As noted in the last few editions, we plan to continue providing you with the data you need to know about COVID-19 in Nevada for as long as necessary. However, “Coronavirus Contextualized” now publishes on a semi-regular basis, which means we may occasionally skip a Friday or two if there are no new trends to report.

Below, we look at the relatively steady numbers of new cases and hospitalizations being reported each day as the vaccination effort expands to adolescents between the ages of 12 and 15 and as the Centers for Disease Control and Prevention announced on Thursday that vaccinated people can now go without masks in most indoor and outdoor places.

Gov. Steve Sisolak’s office confirmed in a press release that Nevada will be following the new federal guidance, as the governor’s latest emergency directive aligned state mask policy with the CDC’s rules.

“The updated guidance on masks issued today by the CDC is effective immediately in Nevada,” the release said.

Businesses, however, may still ask to confirm vaccination status of individuals and reserve the right to keep mask policies in place, and the Clark County Commission has placed an emergency item on the agenda for its Tuesday meeting to discuss the latest mask guidance in relation to the county’s local mitigation and enforcement plan.

Without further ado, the latest on COVID-19 in Nevada:

The number of new COVID-19 cases being reported each day remains relatively level.

As of Thursday, an average of 381 cases were reported each day over the last seven days. The seven-day case average has hovered steadily between 300 and 400 for the last 26 days except for one day when it dipped below 300.

Those case numbers are slightly up from the recent low of 239 on March 23 but significantly down from the peak of the case surge this fall, when the seven-day average was 2,736, on Dec. 10.

Since the beginning of the pandemic in March, there have been 320,150 COVID-19 cases reported statewide. A little more than 3 percent of those cases, 11,361 have been diagnosed in the last month, and 0.8 percent, or 2,668 cases, have been reported in the last week.

Since the beginning of the pandemic, 1 in 10 Nevadans has tested positive for the virus.

Meanwhile, Nevada’s test positivity rate, which looks at the percentage of tests coming back positive out of the total tested, has started to see some small but steady decreases.

It is not possible to independently calculate the test positivity rate based on test encounters because the state only reports the number of positive cases, not the number of positive test encounters. However, the state does provide this number, calculated as an average over a 14-day period with a seven-day lag. As of Wednesday, that number was 5.36 percent, down from 5.62 percent the week before.

Since the beginning of the pandemic, more than 1.6 million people — roughly 1 in 2 Nevadans — have been tested for COVID-19, and there have been more than 3.2 million individual testing encounters.

Since vaccinations started in December, more than 2.2 million doses of the COVID-19 vaccine have been administered in Nevada, up from 2.1 million last week. In total, nearly 1.3 million people have received at least one dose of the COVID-19 vaccine and more than 1 million Nevadans have been fully vaccinated. Nevada has received nearly 2.7 million doses of the vaccine for distribution.

The pace of vaccine distribution has, however, been slowing. As of Thursday, about 17,000 vaccines were being reported administered each day over the last seven days, down from a high of nearly 30,000 on April 15.

That pace may, however, pick up in the coming days as a result of adolescents between the ages of 12 and 15 becoming eligible for the Pfizer vaccine this week. There are about 178,000 Nevadans in that age group, representing a little more than 5 percent of the population.

That leaves only about 13 percent of the state’s population, children under the age of 12, who are not eligible for the vaccine.

The number of new COVID-19 deaths reported on average each day has decreased over the last two weeks.

As of Thursday, five deaths were being reported on average each day over the prior seven days, slightly down from eight two weeks ago and significantly down from a high of 45 on Jan. 14.

Over the last seven days, 33 new COVID-19 deaths have been reported across the state, including:

Pershing County has had the highest number of deaths per capita in Nevada, with 30 deaths per 10,000 residents, followed by Nye County at 23 and Carson City at 22.

There were 336 people hospitalized with COVID-19 as of Wednesday, the last day for which data is available. Hospitalizations have fluctuated between 300 and 400 consistently for the last 24 days.

The state hit a record low number of hospitalizations, 259, on March 28. Hospitalizations peaked during the fall surge at 2,025 on Dec. 13.

The Nevada Hospital Association, in its weekly report, noted that while COVID-19 hospitalizations are fluctuating, “no organized wave is forming.”

“Nevada has effectively ‘flattened the curve’ through the use of vaccines,” the association noted.

Five of the state’s 17 counties — Douglas, Lyon, Storey, Esmeralda and Elko — are considered at elevated risk for the spread of COVID-19 according to state criteria as of Thursday.