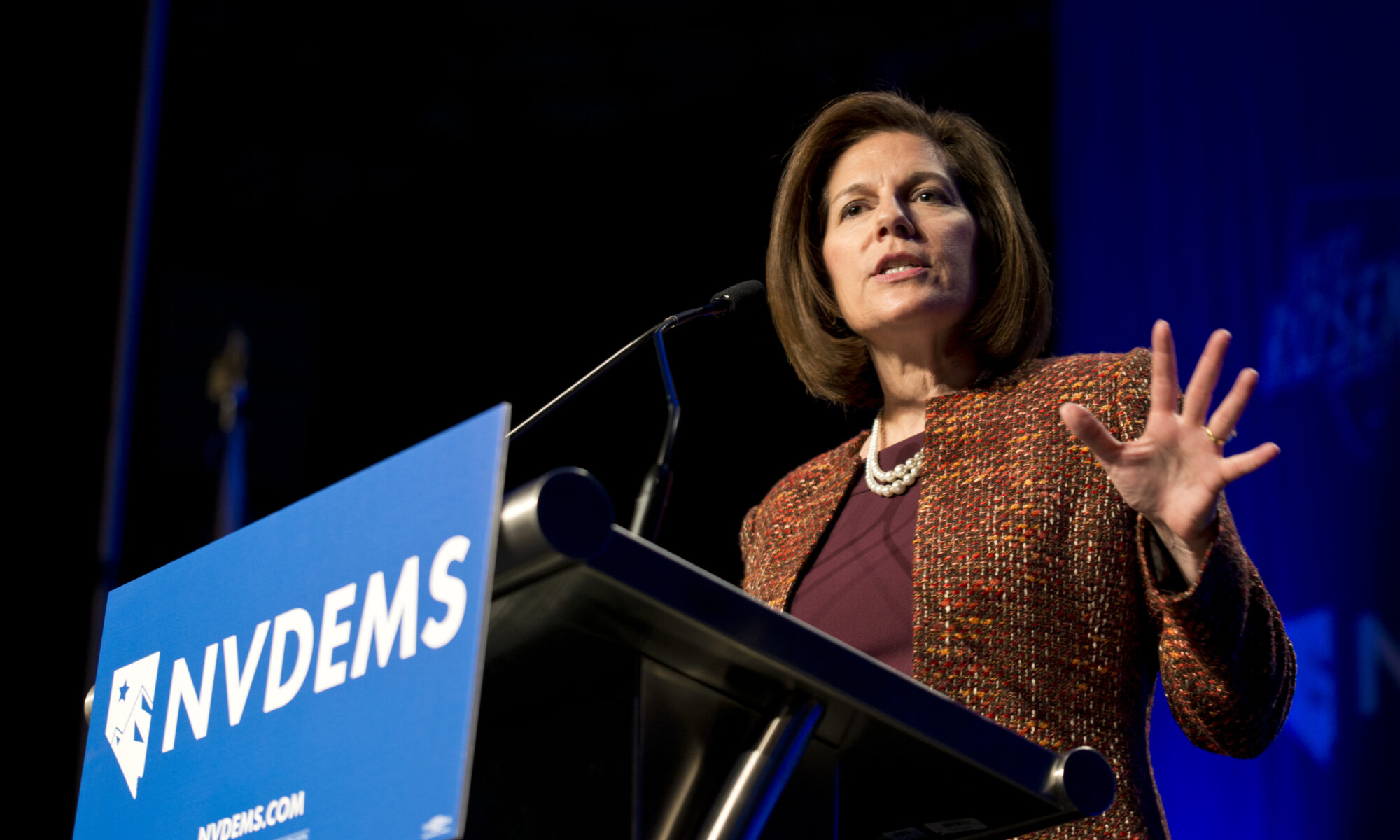 U.S. Sen. Catherine Cortez Masto (D-NV) called for the creation of a task force to direct funds from the White House-proposed $2 trillion American Jobs Plan to Latino and other needy communities during a meeting with President Joe Biden and Vice President Kamala Harris on Tuesday.

The interagency task force would help “ensure that, not only is there accountability as we look to pass the American Jobs Plan, [but] that funding gets to where it needs to go in our communities,” Cortez Masto told reporters after the meeting, which included members of the Congressional Hispanic Caucus (CHC).

Nevada’s population is 29 percent Latino, meaning that directing funds from the new infrastructure package to the community would be good for the state.

Cortez Masto likened the proposed task force to the COVID-19 Health Equity Task Force established by the White House that helped direct funding to communities of color from the $1.9 trillion pandemic relief bill, the American Rescue Plan, signed into law in March. The COVID task force has sought to help Latino and other communities that have had high rates of infection and low rates of vaccination compared to other segments of the population.

She said her task force would help address disparities in housing, education and other areas, contributing to Latinos in Nevada having a median family income of $51,995, according to recent  U.S. Census Bureau data. That compares with white Nevada families, which have a $66,440 median family income. Nationally, Latino households' median income is $51,118, which is less than the $68,785 for white families.

Before the meeting, Biden acknowledged the need to support the Latino community.

“America— in our view, and I mean it sincerely—cannot succeed unless Hispanic families succeed,” Biden said.

Cortez Masto also cited the need for a “skilled workforce” and “that includes so many in the Latino community, so it was important for me to talk to him about education and supporting our Hispanic-serving institutions.”

A group of Senate Republicans, including Sen. Shelley Moore Capito (R-WV), has been critical of Biden's plan for being too broad and costly. The senators are working on a counterproposal that could be unveiled "hopefully by the end of the week," Capito told reporters Tuesday.

Cortez Masto also urged the White House to help minority-owned businesses access capital and credit during the economic recovery. “Many of our Latinos are entrepreneurs, they're small business owners, and they can't access capital or credit, and they have challenges even getting contracts,” she said.

Other issues discussed included the need to reform the immigration laws and Biden’s reversal on keeping caps set by former President Donald Trump’s administration on the number of refugees permitted to enter the country.

Biden was criticized last week by Democrats for keeping the refugee caps for the current fiscal year at the 15,000 level set by Trump. Biden reversed course after the subsequent backlash. Keeping the 15,000 cap would have violated a promise made in February to raise it.

Cortez Masto also said that a group of 16 senators, eight Democrats and eight Republicans, who are testing the waters to see if there could be a bipartisan immigration bill, would meet for the second time this week.

“I will say this, and I truly believe this, that we can have a strong border, and still have an immigration system that treats people with dignity,” Cortez Masto said.

Another CHC meeting with Harris is expected soon on the root causes of illegal immigration. Harris is heading up the White House effort to stem the flow of illegal crossings on the southern border.