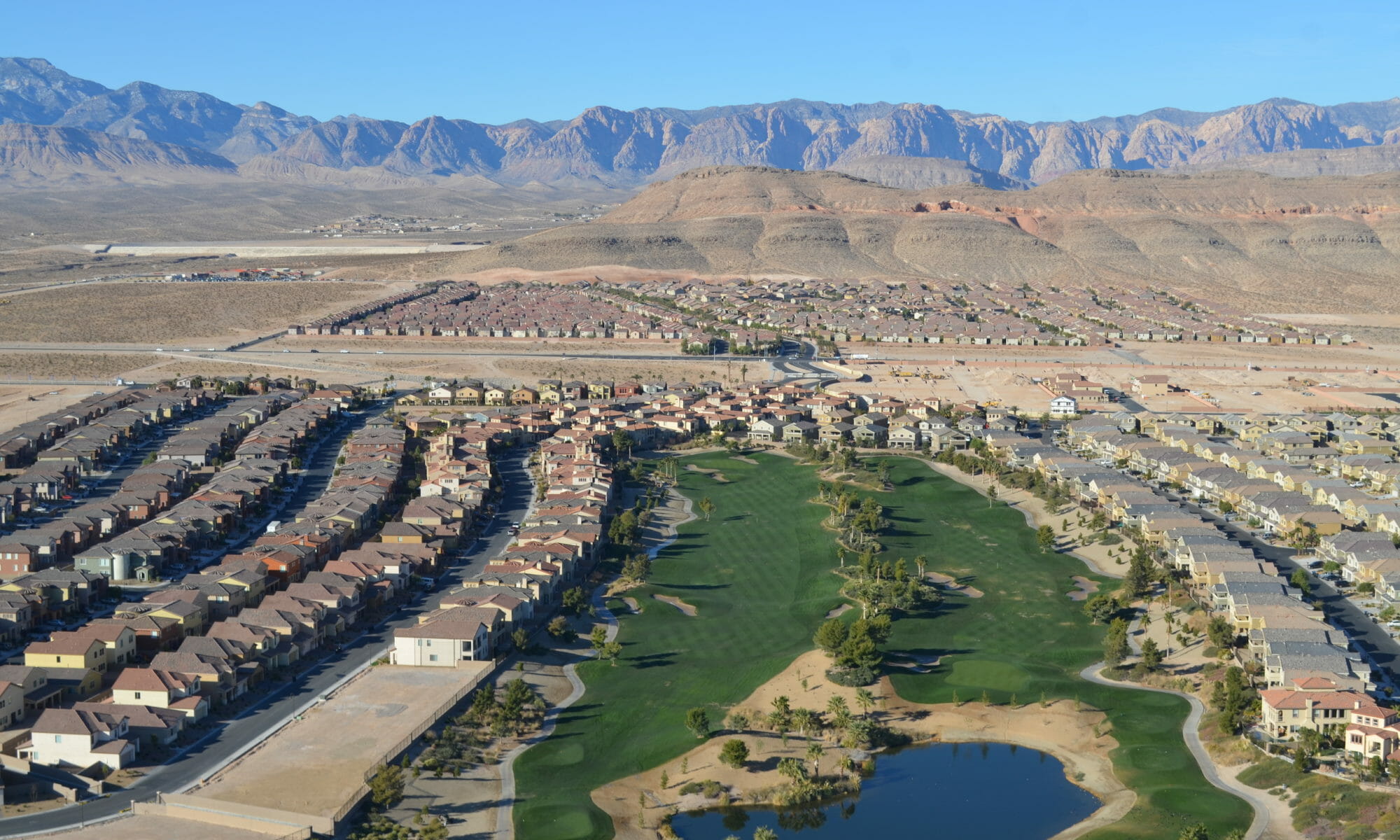 Some Republicans are hoping to shut the door on a discussion about property taxes before it has even begun.

The state’s 17 counties, under the banner of the Nevada Association of Counties (NACO), have sponsored a bill for the 2017 legislative session to fix what they characterize as unintended consequences of the state’s property tax formula, including less-than-anticipated property tax revenue this year. But some Republicans are already digging in their heels at the prospect of another potential tax increase in the wake of the $1.1 billion passed during the last legislative session.

The session hasn't even started yet, but that hasn’t prevented Republican Senate Minority Leader Michael Roberson from trying to stop the effort in its tracks.

"I will fight any and all efforts to raise the property taxes of Nevadans. It will not happen this session, period,” he said in a statement issued two weeks ago. “It has no hope of passing the legislature and advocating for it is only a waste of time."

The rhetorical battle is already shaping up. Proponents describe the legislation as a property tax fix necessary to ensure stable tax rates for property owners and stable revenue streams for counties.

Jeff Fontaine, executive director of NACO, said the bill will address the “unintended consequence” of a 2005 law that set a maximum amount for property tax increases without setting a minimum.

“We think our bill begins to recognize that we have a property tax system that needs to be looked at and, perhaps, mended at some point, but ours is a very specific piece of that to address a very specific and unique problem we don’t believe was ever considered,” Fontaine said.

“I do not think now is the time to raise people’s property taxes, and that’s exactly what this bill would do,” Roberson said in an interview. “People still have underwater mortgages. I don’t think we should be asking them to pay higher taxes.”

Either way, the consequence of passing the legislation is the same — an increase in the amount of property taxes counties are allowed to collect.

The current law was enacted in 2005 during the housing boom to stop rising property values from unreasonably burdening property owners.

That law provides two methods for calculating the annual cap on property tax increases: either the 10 year average of increases in assessed valuations of properties or two times the increase in the Consumer Price Index (CPI) over the previous year.

Counties are supposed to use the greater of those two numbers as the cap unless they exceed the 3 and 8 percent thresholds, in which case those become the caps. There’s also a provision in the law that does not allow the residential cap to exceed the commercial cap, effectively tying the two numbers together.

In short, the counties say that the formula has been working fine for the last decade. In fact, assessed valuations soared so high during the housing boom that the residential and commercial increases were capped at 3 and 8 percent — the reason the law was enacted in the first place.

And even when the recession hit, the assessed valuation calculation took into account a 10-year average, meaning that it still captured the valuations from those “boom” years. From 2006 to 2011, the increases remained capped at 3 and 8 percent.

When the average in assessed valuation increases finally fell below 8 percent in 2012 to 6.3 percent, residential property tax increases still remained capped at three percent. But 2017 is the first year where that calculation has taken the residential cap below the 3 percent threshold.

Both residential and commercial property tax increases were capped at 0.2 percent this year in six counties, including Clark and Washoe, and capped below 3 percent in nine counties.

Now, the counties are trying to implement a floor of three percent, which would effectively keep the cap on residential tax increases at 3 percent forever — since they can neither exceed nor fall below that level — while ensuring that the cap on commercial tax increases falls somewhere between 3 and 8 percent. The bill also would change the CPI calculation from just twice the increase over the previous year to twice the average percent increase over the previous 10 years.

Roberson says that the 2005 caps the Legislature created worked: They kept property taxes from ballooning out of control and stabilized the state’s property tax structure. Plus, he noted that property tax rates are still increasing — just not as quickly as the counties would like.

He suggested that if counties are worried about their budgets they should have worked with Republican leadership on collective bargaining reforms to pare down their payrolls.

“They weren’t at the table advocating for these things even though they would say privately that they need them,” Roberson said. “We’ve given them the tools to use to meet their budgetary needs and trim costs. They need to use those tools.”

Still, Clark County contends that the increases are not only fair but necessary to meet the demand for increased services by an ever-growing population. County Manager Yolanda King pointed to response times for fire and police as one area where additional property taxes could help.

“This is in no way intended to be something that we’re going after to try and get a significant increase in our revenue,” King said. “This is not a windfall with us making these changes.”

She also argued that creating a floor will stabilize fluctuations in tax bills for property owners, so they’re not facing a 0.2 percent increase one year and then a 3 percent increase the next.

“We’re really just trying to fix the policy side of it and create some predictability in what property owners pay,” King said.

Further north, Lyon County Manager Jeff Page says passing the bill would help in “leveling out the playing field” as the rural county continues its economic recovery. Lyon County was one of the six counties capped at a 0.2 percent increase for fiscal year 2017.

Page said the county has gotten creative working with the private sector to meet certain needs, but noted that there are services the county still struggles to provide, like clearing the roads after the recent snowfall with only a small crew. But he said additional revenue from this bill will help the county provide services mandated by law while also funding those that create a better quality of life in the county, such as libraries and senior centers.

“It’s a chicken and the egg problem. If I can get revenues, I can provide services that makes it more attractive for businesses to come here,” Page said. “Had the recession not occurred, we would’ve seen those businesses move in much sooner and we might be okay.”

But the political reality of passing the property tax bill isn’t so simple. The bill will need a two-thirds vote in each house to pass, an easier feat in the Assembly where Democrats have a 27-15 majority than in the Senate, where they have a 12-9 majority. It will also need to make it past the governor, who is noncommittal on the legislation.

“The governor rarely comments on legislation unless it arrives on his desk for signature or veto,” his spokeswoman Mari St. Martin said.

Democratic Assembly Majority Leader Teresa Benitez-Thompson called the bill a “prudent response” to the property tax issues that the counties have encountered and that it “matches the intent of what was initially sought when the cap was being put in place.”

“On the other hand, a conversation about taxes is never easy,” Benitez-Thompson said. “Conversations about taxes are always messy and complicated. Even a tax fix will be a big fight.”

Senate Majority Leader Aaron Ford said in a statement that he expects “everyone will get the opportunity to make their case before any decisions are made on how to best proceed.”

Republican Assembly Leader Paul Anderson agreed, saying that property taxes are “a legitimate thing we need to bring to the Legislature to have hearings on” but that he doesn’t want to spend a significant amount of time on the bill with his caucus if it has no chance of passing in the Senate.

“I just think it’s going to be an uphill climb to be able to get this thing through,” Anderson said. “I think it’s the wrong session to be pushing a property tax increase.”

And Roberson isn’t backing down from his statement two weeks ago. In a recent interview, he called the bill “dead on arrival” in the Senate.

“My colleagues aren’t going to do it. It’s not a live issue. It’s dead,” Roberson said. “To the extent people spend time discussing it they are wasting the breath God gave them because it is going nowhere.”