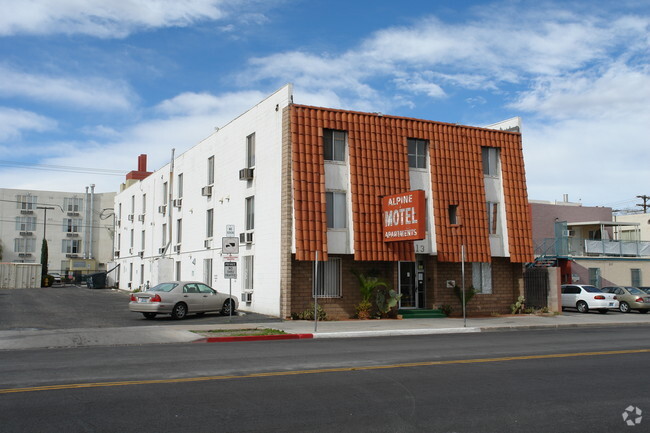 Masters of the obvious, public officials and the press are calling it a tragedy. Of course that’s true.

The first-floor fire on Sunday, Dec. 21 at the Alpine Motel at 213 N. 9th Street downtown killed six, injured 13, and left an estimated 75 more homeless. Firefighters on the scene quickly determined that the blaze was ignited by a cooking stove used for warmth on a near-freezing night in Las Vegas.

The incident initially appeared a terrible accident that victimized some of the valley’s least fortunate residents. Without swift action by residents and first responders, many more lives might have been lost.

Not long after the smoke cleared, Las Vegans did what they almost always do in such a crisis. They began passing the collective hat: The Mob Museum, Red Cross, Salvation Army, and other charitable organizations kicked into action, and a GoFundMe page was created.

Officials vowed to gather the facts. Multiple media sources have reported Metro has opened a criminal inquiry. Clark County Coroner John Fudenberg summed up the sentiments of many officials when he offered, “We would like to express our sincere condolences to the friends and families of the victims during this difficult time.” He also reported that it might take at least six weeks to determine a cause and manner of death in what the city is calling the deadliest residential fire in Las Vegas history.

The problem with writing off the deadly fire as an unfortunate event is that it’s really not that at all. The blaze may not have been intentionally set, but the result was predictable. No official speaking with any candor about the Alpine Motel can reasonably argue otherwise.

At least one other dilapidated motel in the area has burned and been demolished, the scorched rubble hauled away. For its part, the Alpine has received at least 70 city code violations in recent years – although some officials are quick to remind skeptics there was nothing pending at the time of the blaze.

After that many violations, the curious might wonder what it actually takes to close a careworn, multi-story structure in an area with a reputation for street-corner narcotics traffic. Many of the Alpine’s neighbors have been wondering that for years as they’ve watched the criminal goings-on and reported suspected safety and fire code violations to the proper authorities. Among those suspected violations, they note: The blocking of an exit to the building by management. They even snapped a photo of it.

Some officials whisper that the neighbors are well-intended gadflies, locals who like their area the way it used to be. But the Alpine’s observers also include members of the clergy whose houses of worship dot the area and serve some of Southern Nevada’s poorest residents. They also have watched the strange happenings take place just a few blocks from City Hall.

Doug DeMasi is a downtown property owner and longtime neighbor. While city officials tout many improvements associated with redevelopment through the Downtown Project, he believes the immediate area has gone downhill as motels once used for low-cost housing have been closed or demolished.

“The Alpine has been operated for the last five or six years pretty egregiously,” DeMasi says. “We’ve consistently reported problems and complained to every level of authority imaginable. We’ve complained on every level, and we were met with nothing but resistance from the (Metro) area command.”

Not everyone agrees with his harsh assessment. Stand in the neighborhood for just a few minutes and you’re likely to see more than one Metro black-and-white or a red Las Vegas Fire & Rescue vehicle responding to a call. It’s also a place where the cops have had community outreach barbecues and toy drives.

In this tough neighborhood, bedraggled area apartment complexes are often owned through limited liability corporations to passive investors who may have never set foot on the properties. The neighborhood is a confluence of ethnicities and ages with the elderly and disabled clinging to even the most run-down studio apartment and children playing their kids’ games in alleys and litter-strewn lots.

As a longtime assemblywoman and former Clark County commissioner, Chris Giunchigliani represented the area for more than a decade and still lives a short bicycle ride away. At the Legislature she helped push through improvements in code enforcement. She’s seen changes for good and ill, but has watched the affordable housing options decrease during redevelopment.

“It’s about habitability,” she says. “We displaced people who actually could afford to live in those places that in the last 10 years have been bulldozed, fenced, or torn down. Where was the planning in government for affordable and attainable housing with a grocery store and a bus stop?”

The fire was a tragedy that happened to citizens who traditionally haven’t had much of a voice. It’s a nice thing to say that the dead cry out for justice, but that’s just purple prose. The truth is, only the living can ensure meaningful changes are made and justice is done.

It’s long past time we got started.