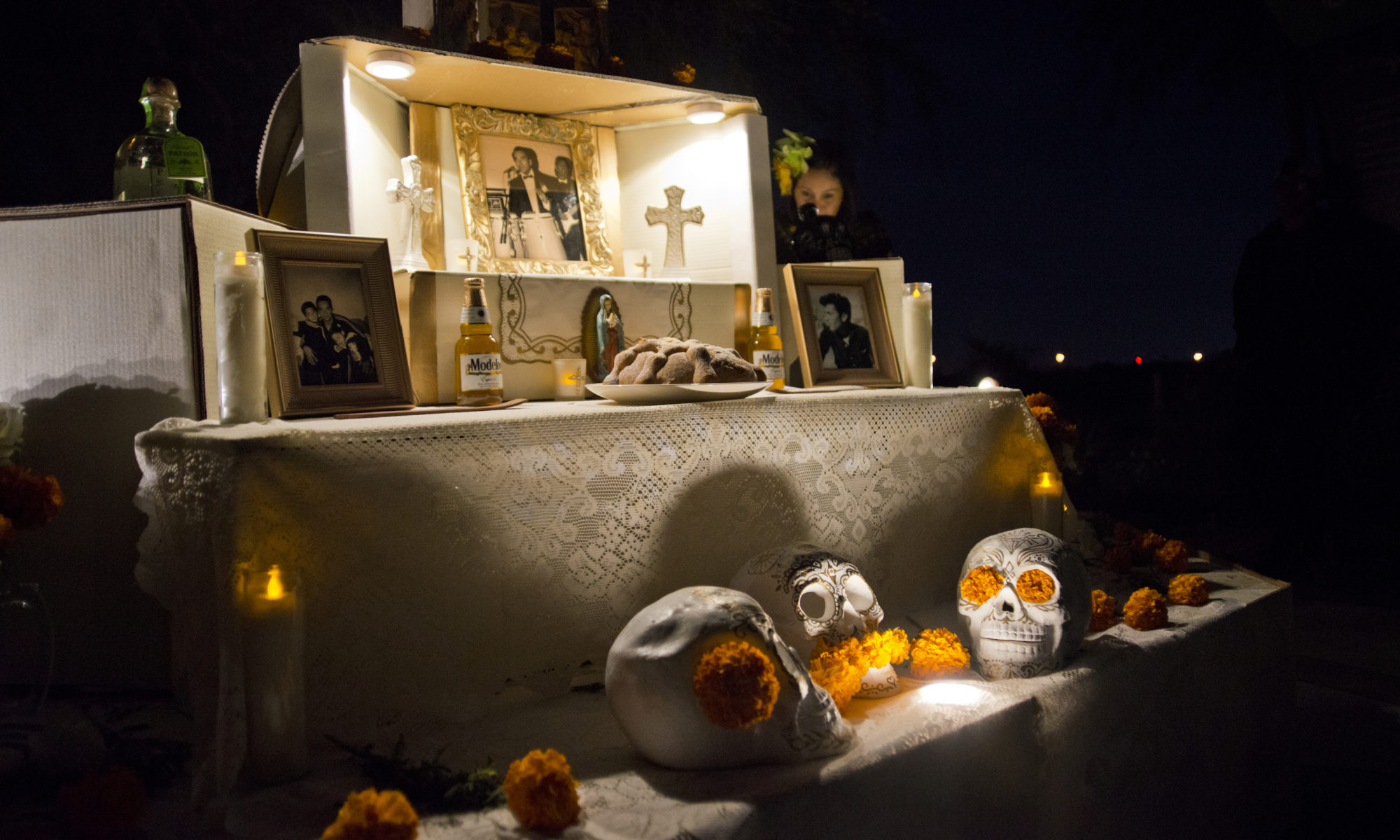 Every culture has its own traditions and beliefs surrounding death and the act of dying. For Mexicans, one of those traditions is of course, Día de Los Muertos, the Day of Dead. Considering there’s Día de Los Muertos merch now prominently displayed at your local Target, I’m guessing most of you will have heard of it and are probably familiar with the colorful ofrendas, the altars that many of us set up in the first two days of November to honor and remember our ancestors and the loved ones we have lost.

But Día de Muertos is not at all a sad anniversary, quite the opposite. In fact, as with many traditions across Latin America, this one has its origins in our indigenous roots, which hold that it is disrespectful to mourn the dead because death is just another stage of life and the dead, as long as we remember them, are never really gone and never far away. So in many ways, what we celebrate in these two days in November isn’t death or even the love that endures. What we celebrate is life in all its different phases, and the reverence we must always remember to approach it with.

This year, though, Day of the Dead is hitting a bit different. As I’m setting up my own ofrenda with pictures of my grandparents, aunts, uncles, Selena, etc., I can’t stop thinking how much death and illness has become a part of our daily conversations, if not our routines. Back in March 2020, as we were all shutting down and shutting in, the word pandemic conjured up images of dead bodies in the street, communal burial grounds, I don’t know, just… overall panic. I know for some of you that word is very triggering, along with aversion to the idea that we should ever “live in fear,” that we should ever bend to the needs of the many, especially if those needs come at the expense of our own individual comfort and ease.

Looking at it now, with over a year and a half of hindsight, it’s clear to me that our distress, our anxiety, and all the sacrifices we (well, some of us) have made to try to minimize this thing is not actually dictated by fear at all. In the end, for me at least, it all comes down to that reverence, that respect that I’ve always been taught to have for this life — not just my own, but for life in general.

COVID-19 first came on the scene in December 2019. The first reports of this mysterious new coronavirus came from China, a place so remote to so many of us on this side of the globe that I think it was easy to ignore as someone else’s problem. Within months, of course, it became the very real bane of our collective existence. Since then, we’ve lost more than 5 million lives worldwide due to COVID; approximately 736,000 in the United States, and more than 7,500 in Nevada alone. Some will look at those numbers, shrug their shoulders, and think, “Meh, that’s not even 1 percent of the population.” Worse still are those who hear that fewer than 700 children have died from COVID in the U.S., and quickly conclude that it’s not so bad. For some, 700 is an acceptable number of dead babies in exchange for getting to live their selfish, unmasked, unvaccinated lives.

It’s this lack of respect for the lives that have been taken, for the loss that we have all felt in one way or another, that really sticks in my craw. For all those thousands we lost in Nevada, those hundreds of thousands we lost nationwide, there are millions of friends and loved ones who have to share space and air with people adrift in their own delusions that somehow this is all a hoax, that the vaccine rollout is some sort of nefarious government plot to…. what exactly? To track you? To brainwash you? Oh honey, they already are, so disable your phone and turn off Fox News if you’re really so worried.

And now we have to be subjected to seeing those who are charged with protecting us march in defiance of public health mandates designed to actually protect us. On Monday, thousands of New York City police officers and firefighters took to the streets to fight for their right to not give a hoot about the rest of us. It is truly quite a spectacle that defies all reason: to see law enforcement officials, specifically from one of the most brutal and corrupt organizations in the country, holding protest signs that, without a hint of irony, dictate “Do not comply.” So much for public safety.

And if you don’t think that what happened in Brooklyn should concern us here in Las Vegas, well, we’re not very far off. Corrections officers are threatening to quit over our own state’s mandate (ohhhh noooo, whatever will we dooooooo???) and the rate of Metro officers who have received the vaccine is reported at anywhere between one-third and one-half of the entire police force. That is abysmal. and goes to show how very much they really do believe they are above the laws and regulations they are charged with enforcing upon the rest of us.

So, yeah, as I sit here planning out my altar that celebrates life and community, I will be dedicating it to all whose deaths have been so flippantly ignored or politicized. I will try to remember that the selfishness that abounds will never defeat the hope and the wisdom and the love that our dead leave behind and carry forward. But most of all, as I do every year, I will remember to hold on tight to those who are still here and to always fight so their lives, and all of our lives, have the chance to thrive and grow.

Martha E. Menendez lives in Nevada and is the legal manager for Justice in Motion, a NY-based organization.