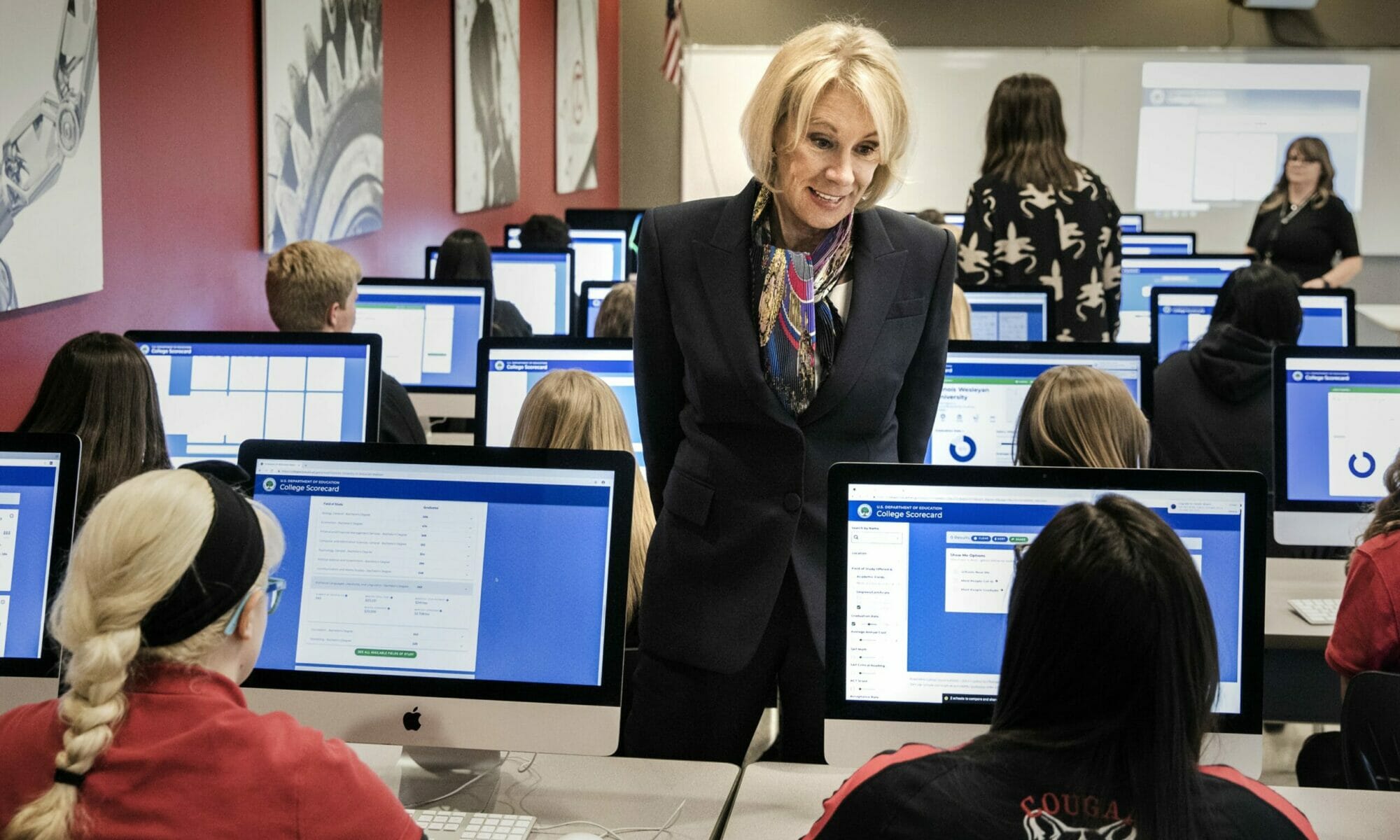 Education Secretary Betsy DeVos wants to make Federal Student Aid a standalone entity, removing it from the purview of the U.S. Department of Education, she said Tuesday in Reno.

But DeVos said FSA is “in distress” and a confusing web for students and families to navigate, according to her prepared remarks for the Reno event. She likened it to an “untamed beast” that would benefit from being a standalone government entity with an apolitical and expert board of governors.

“A separate FSA would be better positioned to deliver world-class service to students and their families as they finance higher education,” DeVos said. “It would manage the student loan portfolio and work to secure its financial strength and sustainability. And it would do all the things it's been charged to do — only far better.”

DeVos, who was appointed by President Donald Trump, said the suggested changes to FSA would prevent it from being caught in the middle of political headwinds.

“FSA simply cannot satisfy the ever-changing political whims of Washington,” she said. “In its current form — which no one likely ever imagined — it cannot fulfill its mission.”

President Donald Trump and his administration support transforming the FSA. Doing something different, however, would require “working closely with Congress,” DeVos said at Pinecrest Academy Cadence in Henderson, where she traveled Tuesday afternoon.

At the charter school, she introduced students to the revamped College Scorecard, a web-based tool that provides detailed information about higher-education institutions and potential earnings associated with various careers. DeVos called it an “important tool” for students as they plan their post-high school education journeys.

College affordability has become a hot-button issue in the 2020 election cycle, with at least one Democratic candidate going as far as saying all student loan debt should be canceled. But the tone of DeVos’s comments Tuesday was more about fiscal accountability on behalf of the government and greater financial awareness among students.

Congressional action regarding FSA could be a tricky path forward. The Washington Post reported that Rep. Bobby Scott, a Democrat from Virginia and chair of the House Education Committee, questioned the necessity of such a change.

“The Department should focus its time and resources on implementing the existing student loan programs in good faith,” he told the Post.