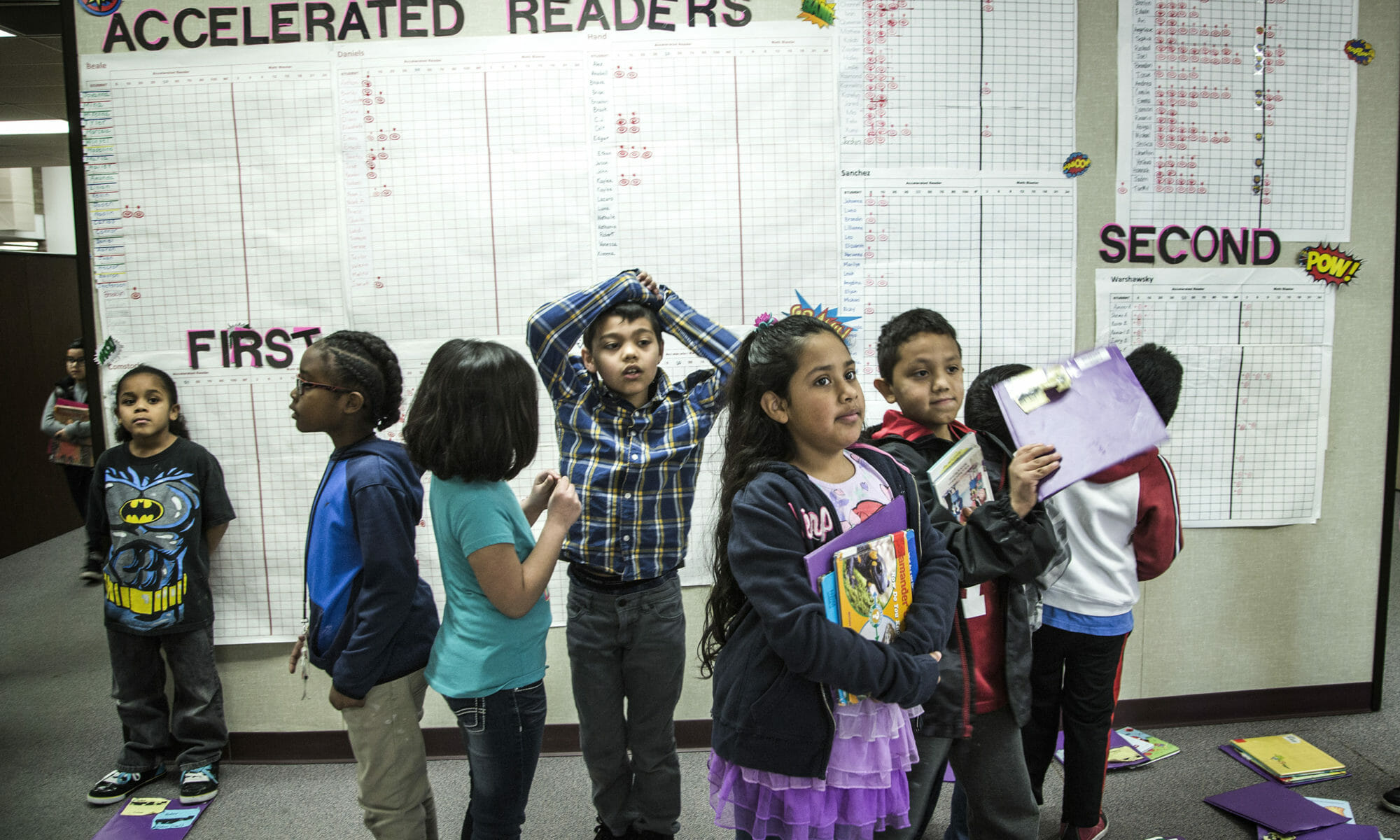 By Susie Lee and Victor Wakefield

Earlier this month the Clark County Education Association, the union representing teachers, launched a video ad (which has subsequently been pulled) arguing that the Democratic Blueprint issued by the party in power in Carson City was misguided. Rather than pushing a minimum wage bill (of which there are two), CCEA argued, Democratic leaders should be investing more money in the weighted funding formula. As stated in the video (and originally reported by The Nevada Independent), “Nevada legislators are debating raising the minimum wage, but they need to hear our voices and start talking about raising education funding, so we don’t grow up needing a minimum wage job.”

We take two issues with the line of reasoning in this video. First, the (false) dichotomy put forth by CCEA runs counter to research. A robust body of evidence has documented the link between family income and student educational success. (In fact, the mission of Communities in Schools is to provide supports to under-resourced students and their families so that students can succeed in school.) Theoretically, then, if an increase in the minimum wage helped raise a family’s overall level of household income, then we would expect better educational outcomes. Here in Clark County School District, where over 60 percent of students are impoverished, there is a high correlation between 1 star schools and concentrated poverty in our urban core.

Second, while we acknowledge that Nevada ranks in the bottom decile of states in per pupil funding, we are hesitant to propose that the only solution is simply to add more money in our education system.

In 2015, Nevada invested a historic amount—hundreds of millions of dollars – in our K-12 education system including resources for new and existing programs (e.g., Victory and Zoom School programs). The architecture of these programs included high intensity interventions enabled by categorical funding that could not be siphoned away to other spending priorities. To strengthen accountability, for the first time in Nevada’s history, legislation required a third party external evaluation of these programs. Education policy leaders understood that asking taxpayers to pony up new funds (e.g., Commerce Tax) would need to be coupled with greater accountability measures and improved student learning.

This session, sadly, we have seen an effort to move away from the responsible bargain of accountability for new dollars entering the system. This is particularly troubling as Clark County School District has testified that the infrastructure is not yet in place for school based budgeting or to track the impact of dollars on student learning (but should be possible once the reorganization is fully implemented). This means that without clear accountability or external reviews, there is no way to monitor the appropriate use of limited resources or measure impact.

There are several efforts in Carson City to roll back or significantly reduce accountability measures. One legislative proposal would remove the use of student achievement data in evaluating a teacher’s effectiveness. If passed, this law would undo four years of negotiations and conversations of the Nevada Teachers and Leaders Council around ensuring student achievement data is utilized as one of several factors in a teacher’s evaluation. We acknowledge that the method of evaluating teachers can be improved, but removing student achievement entirely runs counter to the goal of professionalizing our educators. As a Guinn Center report prepared for the SAGE Commission noted, attempts to remove student achievement data run counter to the national trend to increase accountability of teachers (and use student data as one measure of teacher evaluation).

As Nevada’s political leaders and education policy officials rightly acknowledged in 2015, investments in education must be coupled with rigorous accountability measures so that taxpayers and policy makers can determine whether the investment has helped our students succeed.  Efforts to roll back measures of accountability should be held at bay. Our students, our education, and our taxpayers deserve better.

Susie Lee is Board Chair of Communities in Schools. Victor Wakefield is a former member of the State Board of Education and a Senior Fellow at the Guinn Center.