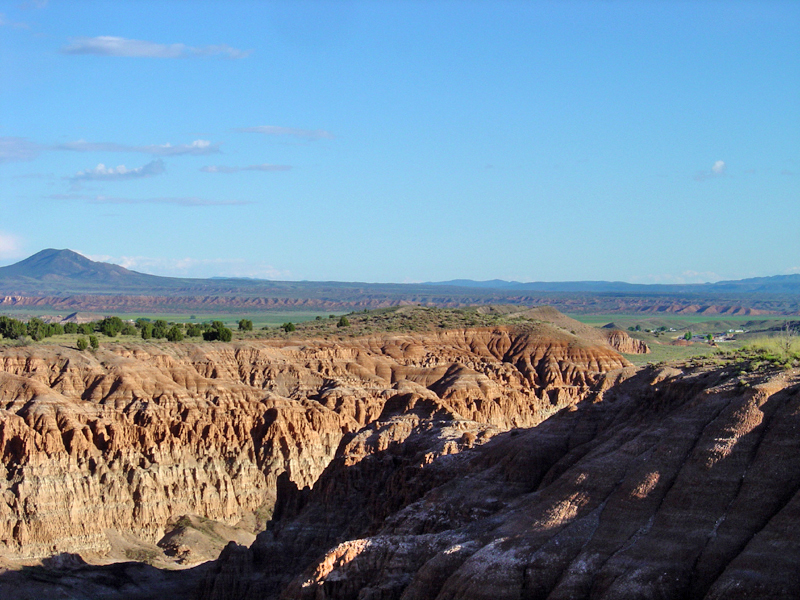 Nevada is now dealing with 25 percent unemployment as we enter another recession after barely recovering from the previous one. It is time to take serious action. I contend we need a job creation program similar to those from the 1930s as part of the New Deal enacted by President Franklin Delano Roosevelt. Such a program could not only restore desperately needed employment but recreate the successes achieved by two historical programs, the Works Progress Administration and the Civilian Conservation Corps.

In addition to much-needed infrastructure improvement, it could also be a primary tool to combat climate change, the ongoing crisis that seems to have taken a backseat to the pandemic but is still very much with us and gaining momentum with each year it continues to be ignored by the administration. A new federal policy designed to emulate these highly successful programs could not only help solve the current unemployment problems and economic downturn due to the devastation of the coronavirus pandemic, but could also provide environmental restoration particularly in areas that have been ravaged by climate change.

Faced with a devastated economy and an unemployment level exceeding 20 percent during the Great Depression, Roosevelt took two bold steps. With the stroke of his pen he signed two executive orders that changed the scope of that catastrophic period in our history. He created the Civilian Conservation Corps (CCC) in 1933 and the Works Progress Administration (WPA) in 1935, programs largely responsible for bringing America back to its feet by providing meaningful work for millions. National Archives and National Park Service records illustrate the success such programs could create.

The CCC was a work relief program that gave millions of young men employment on environmental projects. In only two months, the U.S. Army organized the transportation of thousands of enrollees to work camps around the country, establishing 1,433 working camps, including four here in Nevada, with more than 300,000 men put to work. It was the most rapid peacetime mobilization in American history.

The CCC enrolled mostly young, unskilled and unemployed men between the ages of 18 and 25 who came primarily from families on government assistance. Men enlisted for a minimum of six months. Each worker received $30 in payment per month for his services in addition to room and board at a work camp. The men were required to send $22 to $25 of their monthly earnings home to support their families. Some 57,000 illiterate men also learned to read and write in CCC camps.

In addition to younger men, the CCC enrolled World War I Army veterans, skilled foresters and craftsmen, and members of ethnic minorities. It’s estimated that nearly three million men took part in the CCC over the course of the agency’s nine-year history.

Under the guidance of the U.S. Forest Service, the National Park Service and the Departments of the Interior and Agriculture, CCC employees fought forest fires, planted trees, cleared and maintained access roads, re-seeded grazing lands and implemented soil-erosion controls. Additionally, they built wildlife refuges, fish-rearing facilities, water storage basins, bridges and campground facilities. They planted more than three billion trees and constructed trails and shelters in more than 800 parks nationwide during its nine years of existence. It helped to shape the modern national and state park systems we enjoy today.

Here in Nevada, 800 CCC men deploying from four camps were largely responsible for the development of infrastructure in our Valley of Fire, Beaver Dam, Cathedral Gorge, and Fort Churchill State Parks. Countless other areas were touched by the CCC, including the Lake Mead Scenic Overlook, the Lost City Museum, and Rye Patch Recreation Area.

In order to quell union opposition amid fears of state control and regimentation of labor, FDR appointed American labor union leader and vice president of the International Association of Machinists as the first director of the CCC.

By the time the CCC program ended at the start of World War II, the “Tree Army” had planted more than 3.5 billion trees on land made barren from fires, natural erosion, intensive agriculture or lumbering. CCC was responsible for over half the reforestation, public and private, done in the nation’s history.

The WPA was an ambitious employment and infrastructure program. It was intended to reform the financial system and restore the economy. In its eight years of existence, the WPA put roughly 8.5 million Americans to work. It employed mostly unskilled men to carry out public works infrastructure projects. They built more than 4,000 new school buildings, erected 130 new hospitals, laid roughly 9,000 miles of storm drains and sanitary sewer lines, built 29,000 new bridges, constructed 150 new airfields, paved or repaired 280,000 miles of roads and planted 24 million trees.

A major success story, when the WPA shut down in June of 1943 as weapons production for World War II ramped up, unemployment was less than two percent.

The WPA is celebrated today for the employment it offered to millions during the darkest days of the Great Depression, and for its lasting legacy of smartly designed, well-built schools, dams, roads, bridges and other buildings and structures – many of which are still in use today. Notable examples include the Hoover Dam, Library of Congress and John Adams building in Washington, D.C. and the San Francisco Mint.

If similar programs were created today, possible projects could include work on new infrastructure that has long been needed. Repairs could be made to roads, highways, dams, levees, bridges, tunnels, the electric grid, and more. Outdated public buildings, including schools, could be refurbished, as well as parks, national monuments and national parks. Erosion and flood control are sorely needed, while forestry projects, tree planting, wildlife and plant conservation would help correct environmental damage.

However, the most important projects could be the restoration of the wildfire and flood damage to communities caused by climate change-driven weather catastrophes. As we move away from the burning of fossil fuels that drive climate change, there could be much-needed focus on sustainable energy projects such as expansion of the “electric highway,” development of solar arrays, wind farms, geothermal plants, etc.

Coupled with a fee on carbon as proposed by the House bill HR763, the Energy Innovation and Carbon Dividend Act, in which the escalating fees collected from carbon polluters are returned to American households, such a jobs program could make the necessary transition away from fossil fuels increasingly attractive. These dividend payments would be made equally to all Americans and would be especially helpful to low income families.

Although providing Americans with financial relief such as the recent CARES Act was a notable, though insufficient, bipartisan effort, additional assistance is now subjected to intense partisan conflict while people continue to suffer. Why not ramp up a jobs creation/infrastructure development/climate change-battling program instead? If it could be done so quickly in the 1930s, why not now? The blueprint forged by Roosevelt is already there for us to adapt to current needs. Let’s get on with it.

Rita Ransom is a former science teacher, an environmentalist and a member of Citizens’ Climate Lobby, a non-profit, non-partisan grassroots advocacy organization focused on national policies to address climate change.