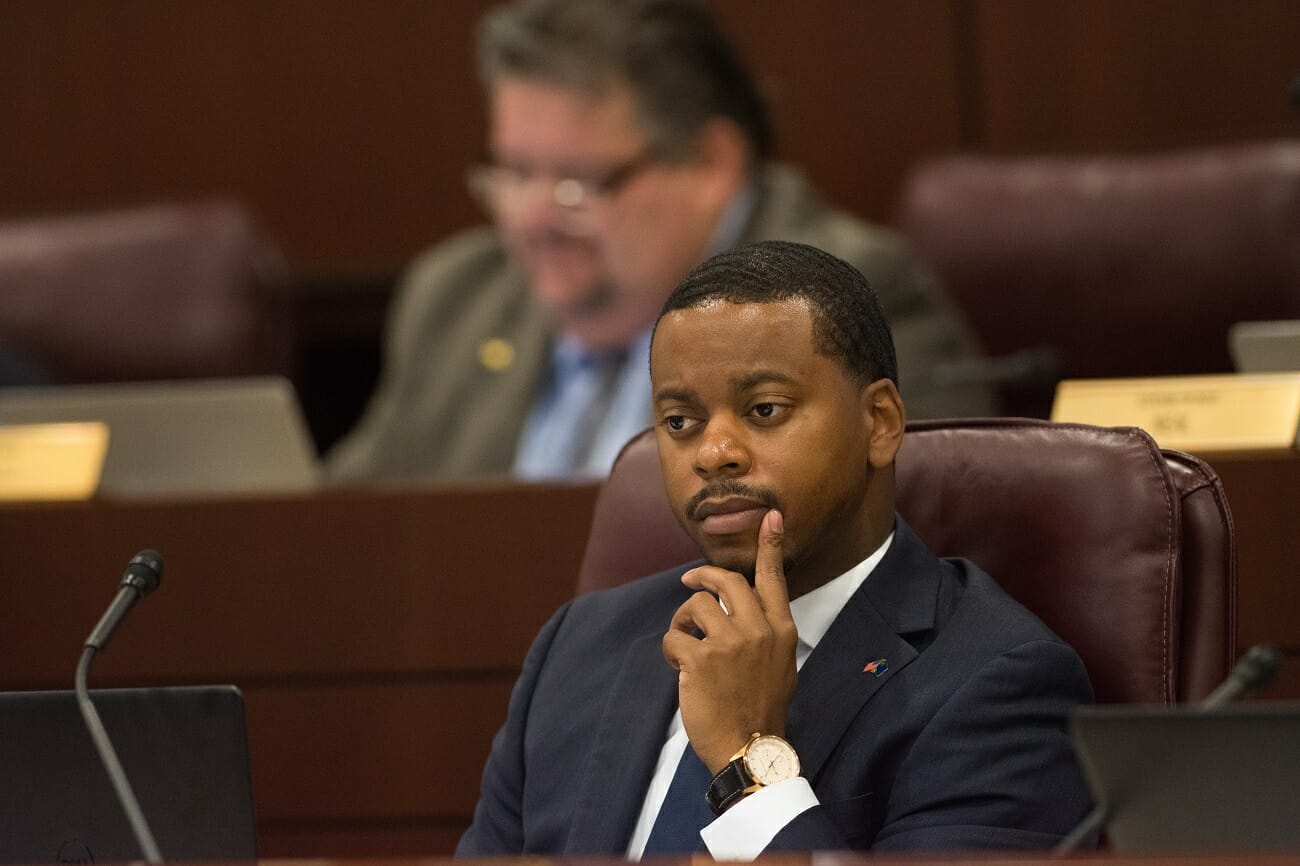 The age of Reid is now REALLY over.

But with Reid out of the picture, and no one in elective office yet picking up the gatekeeper’s mantle, Democratic insiders went through a number of names, elected and otherwise, before settling on freshman Assemblyman William McCurdy II as their last hope.

"I strongly believe I am a breath of fresh air," McCurdy told The Nevada Independent's Riley Snyder late Friday.  The newcomer told Snyder he had been thinking of running for "a little while" -- and it has been a VERY little while.

"I think it's really necessary for a younger guy to get involved," he said. “I’m not going to bash the other candidates”

McCurdy will take on  Erin Bilbray, who vexed Team Reid and others last year by egging on Bernie Sanders supporters to revolt against the Democratic Establishment, causing chaos at the state convention and beyond. Bilbray, whose father is a former congressman, was shellacked in a 2014 race against Rep. Joe Heck, losing by 25 points in a swing district.

“So how do you justify running for Chair of the Nevada State Democratic Party after running the WORST Congressional campaign in Nevada History?” Clark County Democratic Party Chair Chris Miller wondered in a Facebook post Friday.

Others who the Establishment types talked to before McCurdy were philanthropist Susie Lee, ex-state Sen. Justin Jones and several other state lawmakers. McCurdy filed right before the 5 PM Friday deadline. (The party’s site has been updated with all candidates.)

The only other known candidate on the ballot is Kimi Cole, the Douglas County Democratic Party chair. A couple of other relative unknowns also filed late Friday, including one former Sanders ally of Bilbray, Owen Carver, who lost an Assembly race in 2016.

I expect elected endorsements to follow for McCurdy. Most interesting will be the reaction of Reid’s successor, Catherine Cortez Masto, for whom Bilbray has worked in the past.

If Bilbray wins March 4, the Republicans, who lost everything in the state last year, will have renewed hope here in the post-Reid era.

This story was updated at 7 PM with quotes from McCurdy and to add Carver's name.  And at 7:55 PM to reflect the updated party site.