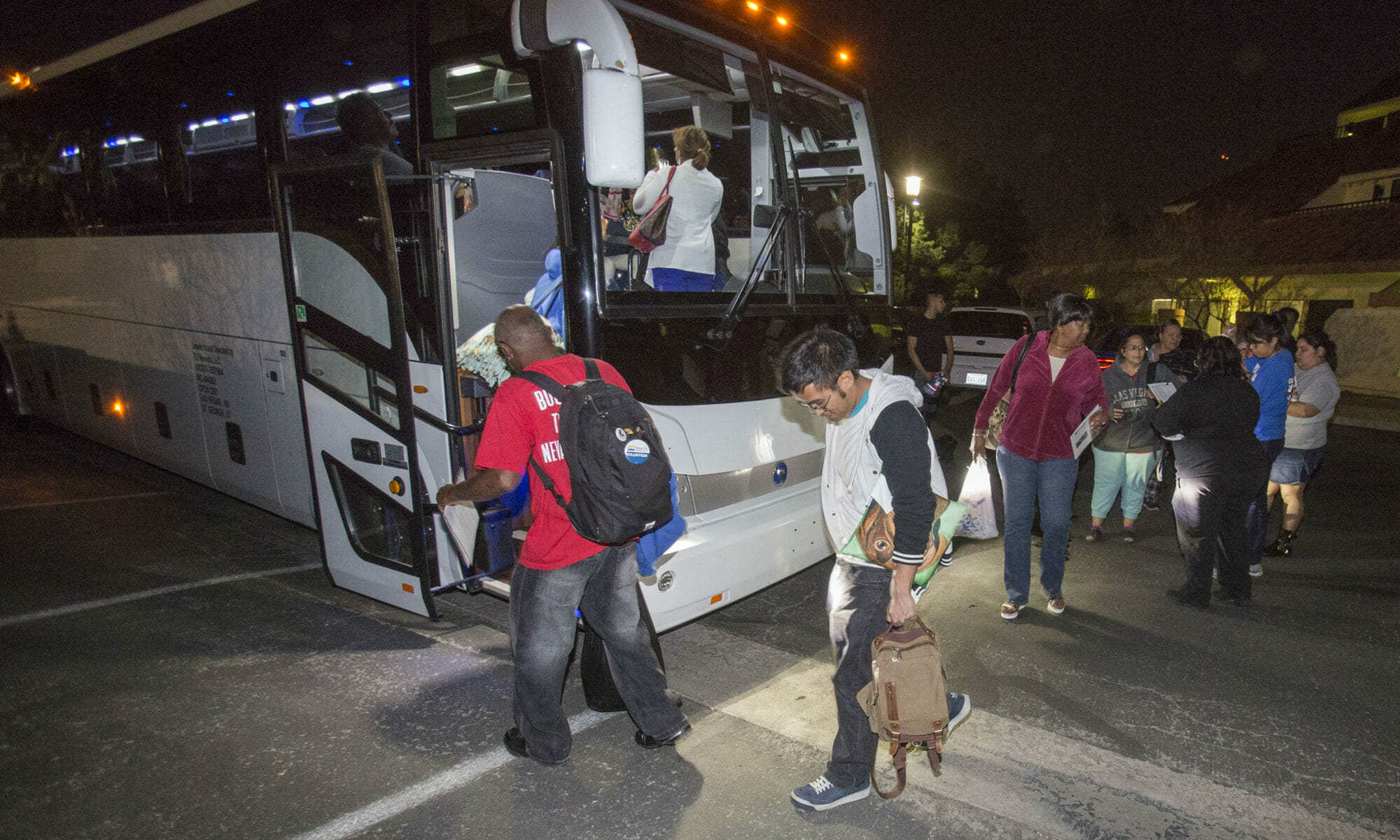 Equipped with nothing but a backpack and pair of headphones to listen to her favorite music during the 8-hour bus trip from Las Vegas to Carson City, Dulce Valencia felt excited about her bus ride with fifty Legislature-bound activists.

Valencia is the director of the Organization for Citizen Involvement, an initiative of the Progressive Leadership Alliance of Nevada (PLAN), a progressive activist group founded in 1994.

The group’s 2017 Day of Action, happening Wednesday, includes meeting with state lawmakers to advocate for laws that help keep immigrant families together, enact wage increases, and call for environmental conservation.

Other bills Valencia is interested in include those related to immigration policy, the LGBTQ community and education.

Members of the group, which includes workers at fast food restaurants, immigrants, students and environmentalists, representing 19 Senate and 29 Assembly districts, also hope to learn more about the legislative process and lobbying, as well set their expectations for the current legislative session.

During their visit to the Legislature, the group plans to be present at hearings of the Assembly Commerce and Labor Committee, where bills AB163 and AB222 will be discussed. Both measures aim to rein in payday loans.

The group also plans to attend a hearing of the Natural Resources Committee, chaired by Democratic state Sen. Yvanna Cancela.

Cancela, a freshman senator who’s been a board member at PLAN, acknowledged the value of a visit to the Legislature for any citizen.

“For someone who has never been here before, it can change one’s life after you see that these are the people who are representing me and that I have power to make my voice heard,” said Cancela.

Harold Carnes, who was traveling with his wife and grandson on the overnight trek, said that he didn’t mind going by bus to the state capital, as he has made these kinds of trips before.

He decided to join this year’s trip in order to voice support for AB175, a bill that would increase Nevada’s minimum wage.

“This is a bill to raise the minimum wage to $15 here in Nevada, and I would definitely benefit from it because, with the $8.75 I make, it’s difficult to take care of my wife and grandson,” said Carnes, who works at a McDonald’s in Las Vegas.

Martin Macías has the same goal.

“We're going to demand, to see if they are heartfelt for the poor,” said Macías, who has been working for McDonald’s for nearly two years.

Caption: Members of Progressive Leadership Alliance of Nevada, prepare to load a bus to Carson City on Tuesday, March 14, 2017. Around 35 people will spend the day doing speaking to legislatures before driving back to Las Vegas.(Jeff Scheid/The Nevada Independent)