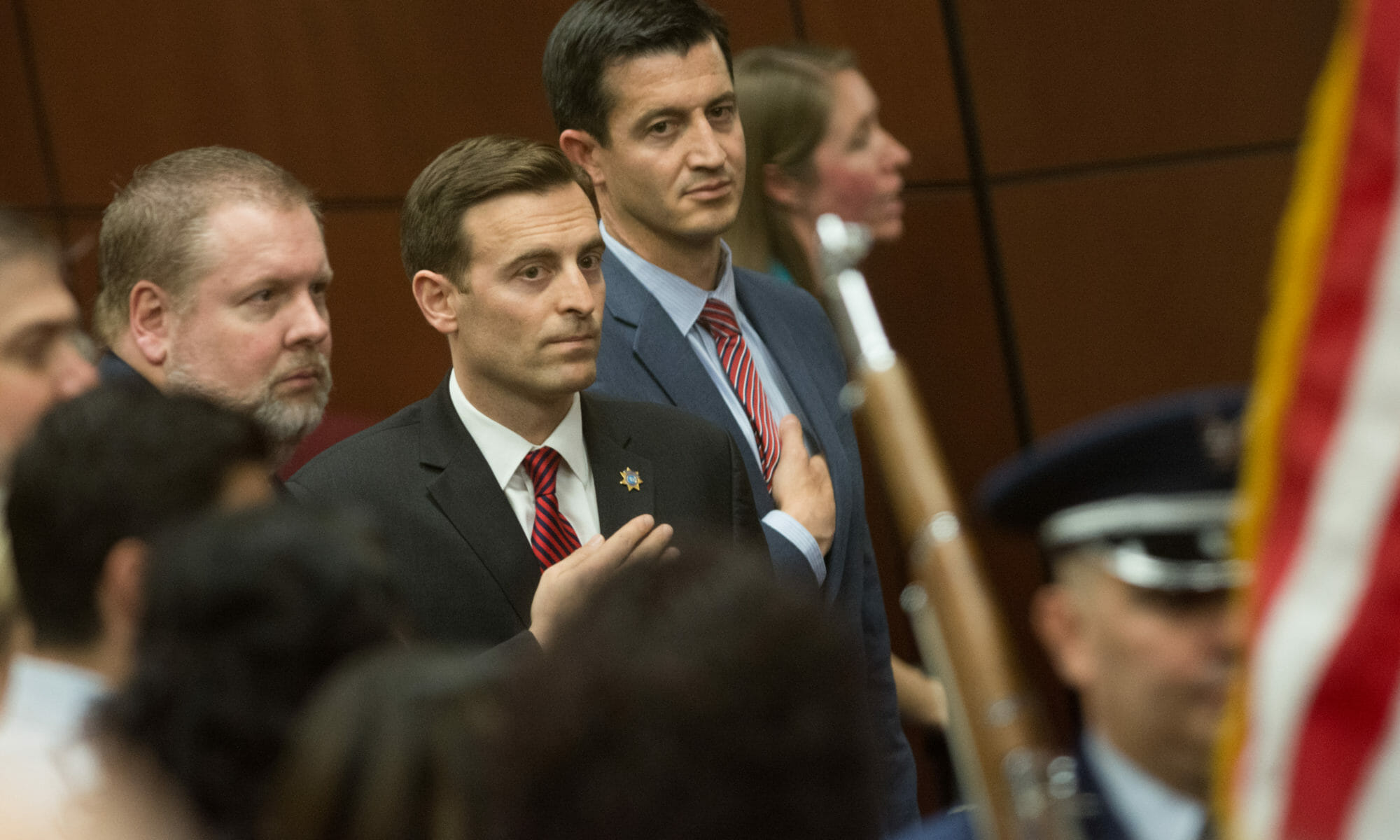 The following piece was published Friday in the subscription-only publication, Gambling Compliance. The Nevada Independent obtained permission to re-publish the piece, which followed up on our story.

A former chairman of the Nevada Gaming Control Board on Thursday supported the decision of current chairman A.G. Burnett to tape a conversation secretly in April 2016 with Nevada Attorney General Adam Laxalt.

Burnett recorded the conversation surreptitiously because of his concern that Laxalt would ask his agency to intercede in a high-profile lawsuit involving Las Vegas Sands and the former CEO of its Chinese subsidiary, according to The Nevada Independent.

“I think the chairman did the right thing here,” said Dennis Neilander, a Carson City attorney whose ten-year term as Nevada Gaming Control Board chairman ended in 2010. “Myself and several other chairmen over the years have upheld a necessary principle of gaming regulation. The gaming apparatus should never be used as a shield or sword by third parties in litigation unless there is some potential damage to the state or the agency,” Neilander said in an email to GamblingCompliance.

Laxalt asked to meet with Burnett about a bitter wrongful termination lawsuit filed against Las Vegas Sands by Steve Jacobs, the company’s former top executive in Macau. Burnett turned the tape of the conversation over to the FBI, which concluded Laxalt did nothing unlawful, The Nevada Independent reported. The conversation occurred about a month before Las Vegas Sands agreed to pay more than $75m to settle the Jacobs’ lawsuit.

“I do not have a comment at this time,” Burnett told GamblingCompliance in an email on Thursday. A spokeswoman for Laxalt did not respond to a request for comment.

In a statement to The Nevada Independent, Laxalt said: “As a Nevada statewide elected official, I also meet with constituents all the time on issues that are important to the state and our clients [state agencies, such as the Gaming Control Board]. These important matters are often time-sensitive.” Laxalt said this “matter was handled just like other issues I encounter on a daily basis, and, as is often the case, this matter was resolved according to client preferences.”

Eric Herzik, chairman of the political science department at the University of Nevada at Reno, said Burnett’s decision to tape his conversation with Laxalt was “a prudent move.” “The story clearly shows just how connected big gaming is to the political process. That really isn’t much of a story, but this is about as blatant as it gets,” Herzik said.

Herzik said the incident makes Laxalt “look like a water carrier for Adelson.” “He can dance around the issue and say nothing illegal occurred, but the optics are terrible,” Herzik told GamblingCompliance.

Las Vegas Sands chairman Sheldon Adelson also visited Burnett in his Carson City office shortly after the Laxalt conversation, The Nevada Independent reported. Adelson tried to persuade the Nevada Gaming Control Board chairman to intervene on his behalf in Jacobs’ lawsuit against Las Vegas Sands, asserting that some documents shared between federal and state authorities should be confidential. Burnett apparently did not accede to Adelson’s request.