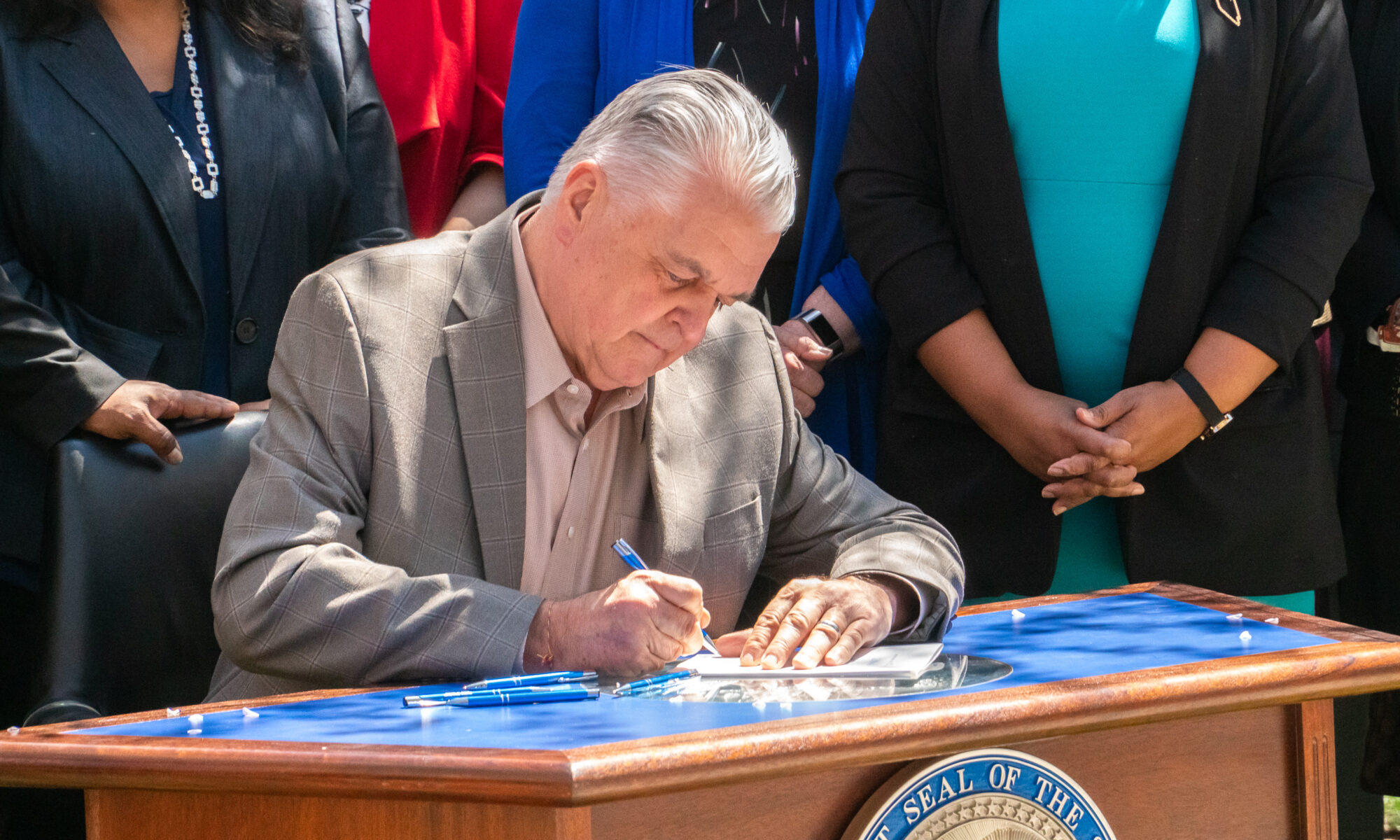 Today is the beginning of a new year, a new decade and also a new set of laws.

More than 70 laws enacted by the Legislature last year take effect either in whole or in part today. They include several major health care initiatives — including a ban on surprise emergency room bills, a tax on vaping products and a requirement that hospitals use patients’ preferred names and pronouns — as well as laws that will benefit employees, including paid sick leave.

Other laws provide for a new ban on the sale of cosmetics tested on animals, two new types of license plates and limits on candidate spending of campaign contributions.

Here’s a rundown of some of the state’s new laws.

No longer will patients be saddled with thousands of dollars in surprise emergency room bills. Starting today, hospitals and doctors will not be able to send most patients insured in Nevada what’s known as a balance bill — the balance of charges his or her insurance company wouldn’t pay because the provider was out of network — for emergency treatment provided.

Now, it will be up to the providers and insurance companies to fight over the payment, or take the matter to an arbitrator, and the patient will only be responsible for paying whatever copay, coinsurance or deductible they would have been responsible for had they gone to an in-network provider.

A major piece of legislation addressing vaping in Nevada takes effect today. For one, the bill places a 30 percent tax on e-cigarettes and their accessories and directs a significant portion of the $8 million a year in revenue it is projected to generate back to vaping prevention activities.

The new law also changes an existing statute that made it a misdemeanor for a clerk to sell tobacco products to a minor and allowed for fines of up to $1,000. Now, selling to a minor will no longer be a criminal offense, and civil fines will range from $100 to $500.

It additionally calls for warnings to businesses that sell to minors for the first two violations, and a civil penalty of up to $2,500 for the fifth or subsequent violation within a 24-month period.

SB364: Hospitals required to use preferred names and pronouns

Starting today, hospitals will be required by state law to identify patients by their preferred name and pronouns. Hospitals will also be required to provide cultural competency training to staff members.

Other rights afforded under the law include the rights to prompt DNA testing of any evidence collected and to be informed of the results of that testing.

Survivors will also be required under a second new law, AB124, to be provided a document containing medically and factually accurate information about emergency contraception, prophylactic antibiotics and other services for sexual assault survivors by the hospital or emergency medical facility where they are treated.

Employers who pay a lower minimum wage because they offer health insurance to their employees now have to meet a higher standard for the coverage they offer.

Under this new law, employers are required to offer at least one health plan that includes coverage for hospitalization, maternity and newborn care, prescription drugs and other health care services typically required to be covered under the Affordable Care Act.

A major portion of an omnibus gun safety law kicks into effect today, allowing for the temporary seizure of firearms if someone is displaying high-risk behavior.

Under the new law, a family member or law enforcement officer may appeal to a court to have an individual’s firearms taken away if they pose a risk of injury to themselves or others. Courts are required to grant the request if they find that the person poses an imminent risk, he or she has engaged in high-risk behavior and all other less restrictive options have been exhausted or haven’t worked.

A nonprofit conservative group filed a lawsuit in December seeking to block implementation of the law, but a hearing has yet to be scheduled on the matter, according to the court clerk’s office.

Other significant portions of the bill — including a ban of bump stocks and the imposition of penalties for the negligent storage of firearms — went into effect in June.

This new law requires employers with at least 50 employees to allow workers to earn sick leave for each hour spent on the job. The minimum amount of leave for a person working 40 hours a week and 52 weeks a year would be about 40 hours of sick time.

AB132: No more being denied employment after testing positive for pot

Starting today, most employers will no longer be allowed to deny employment to prospective employees because they tested positive for marijuana. There are, however, exceptions for anyone who is applying to be a firefighter, emergency medical technician, any job that requires an employee to operate a motor vehicle and is required by federal or state law to submit to screening tests, and any other position the employer determines could adversely affect the safety of others.

The new law also requires any employer that requires an employee to submit to a screening test within his or her first 30 days of employer to accept and consider the results of an additional screening tests paid for by the employee.

Under the program, law enforcement officers are now required to notify the program if a child has experienced a traumatic event, including domestic violence, the death of a family member or the arrest of a parent. The program is then responsible for relaying that information to the appropriate point person at the school, who will respond to the child’s needs according to his or her training.

Starting today, public schools will be required to place students identified for placement in more rigorous courses in math, English, science and social studies in those classes unless their parent or guardian objects. The law also requires public schools to establish more rigorous courses in those subjects if there are a sufficient number of pupils to warrant such a course and there are the resources to do so.

You can add same-day voter registration your list of things to look forward to in 2020. Starting this year, voters will be able to sign up to register to vote on Election Day, meaning that they can’t be turned away from the polls because they missed the registration deadline.

Another portion of this omnibus elections bill — Implementation of an automatic voter registration measure approved by voters in 2018. Under automatic registration, the state’s opt-in registration has been changed to opt-out, meaning anyone signing up for or renewing a driver’s license will be automatically registered to vote.

Starting today, there will be no more fees for homeless youth taking their first driver’s license test, seeking a replacement driver’s license or identification card or seeking a copy of their birth certificate beginning today. This law was proposed by the late Assemblyman Tyrone Thompson.

The DMV will also now be required to design and issue license plates for certain retired military vehicles if it receives at least 25 applications for such license plates. The vehicles must be at least 20 years old and must only be used for exhibitions, parades, charitable events, fundraisers or similar activities unless they meet certain requirements to operate on state highways.

Officers in jails will be required to tell people why they are being questioned about their immigration status beginning today. The proposal was one part of a more ambitious bill that was gutted toward the end of the legislative session that would have required local law enforcement to report how often they are transferring people over to immigration authorities and how serious the underlying charges are.

SB197: No more sales of cosmetics tested on animals

Any cosmetics that are tested on animals today or at any date in the future will be barred from being imported to or sold in the state of Nevada. Anyone who does will be subject to civil and criminal penalties associated with violating the prohibition on deceptive trade practices.

However, the new law does allow an inventory of cosmetics that would otherwise be in violation of the bill to be sold on or before June 30.

SB367: Pets in homes paid for out of the Account for Low-Income Housing

Beginning today, any tenants that acquire housing with money from the state’s Account for Low-Income Housing will be allowed to keep one or more pets in their residence in accordance with applicable laws and ordinances, so long as they follow certain policies for keeping their pet in a residence, including meeting noise and sanitation standards and vaccination requirements.