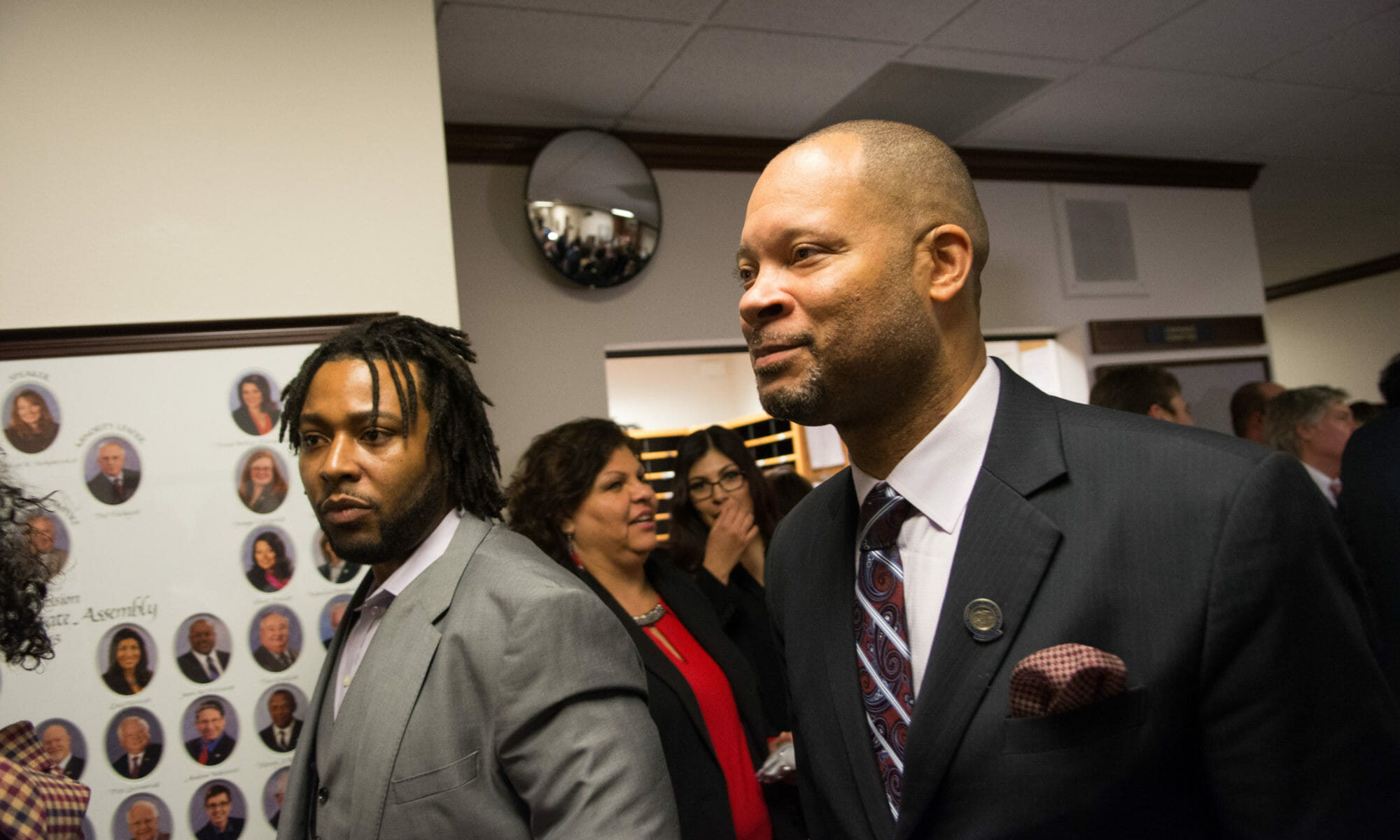 Of all the things politicians say, one of the stupidest is declaring he or his party has a “mandate,” as state Senate Majority Leader Aaron Ford said in a floor speech on Monday.  I can see why this fantasy is so attractive to those who seek power – your fellow citizens rising up as one voice in acclamation of your every word and promised deed, casting off the shackles and burdens of the old, Bad Party! But this way of thinking is as unserious as it is delusional.

Ford was referring to an eight-page pamphlet that was as light on details as it was heavy on pretty pictures, and I’m guessing all of 100 actual voters who weren’t already partisan Democrats actually read it. Nonetheless, he proclaimed, “We showed the voters of this state where we stand, and they voted to enact that Blueprint.”

Talk about living in a bubble.  Did Ford learn nothing from the hubris of his predecessor?

The truth of the matter is that these days, voters are disgusted with everybody, and the party in power got there more because they were seen as slightly less awful than the other guys, not because anyone was inspired by a glossy campaign mailer.  Democrats won both of Nevada’s statewide races last year (president and U.S. Senate), but even so, a majority of Nevadans actually voted for somebody other than a Democrat in those races. Statewide, Democratic Assembly candidates only got 44.7% of the votes, with Republicans getting 53.2% and Libertarians or Independent Americans getting another 2.1%. (Senate Dems got more votes overall than GOP candidates, but only half the state at a time votes in those races.)

Now, this is where many partisan pundits would argue that in spite of the lost elections, the real silent majority is actually out there clamoring for our light-on-details-heavy-on-pictures pamphlet, and that the party in power should enact that pamphlet into law instead. That, of course, is as ridiculous as a Hillary supporter whining about “the popular vote.” In the statewide races, a majority of Nevadans voted for someone other than a Republican too, and Democratic candidates won more individual elections than Republican ones. I don’t blame them for pushing their traditional party agenda, although I could do without histrionics over the martyrdom of the Union Bosses. But declaring it a “mandate” is like Trump bragging about his “historic landslide.”

Both parties do too much to set themselves (and us!) up for failure. They are too willing to throw vast sums of money on projects that range from “overly optimistic” (Faraday Future) to too-good-to-be-true get-rich-quick schemes (Raiders stadium) with only one or two days of debate. (I actually appreciated that Ford talked about not “prematurely quashing debate” in his speech – but it rang hollow knowing what a cheerleader he was during the stadium special session notable for prematurely quashing debate.)  Meanwhile, they fight tooth and partisan nail over much smaller (relatively) budget items with far higher return-on-investment potential like funding Education Savings Accounts. Or they go chasing squirrels like campus carry (I’m a fan, but it’s a waste of time this session even to bring it up).

If Ford really wants to earn a mandate and not risk another wipeout in two years, he would do well to start with humility rather than hubris.  For example, he should acknowledge that his party bears an enormous amount of responsibility for years of neglecting Nevada schools, and further acknowledge that new public schools cannot be built at a pace that can satisfy demand. The private sector can help fill that gap in the meantime, which is where the ESA funding will really help. He cannot complain that the $60 million the governor budgeted for that program is the difference between spectacular success and apocalyptic failure of traditional schools after having been willing to spend over ten times that on a sports arena just six months ago.

Ambitious agendas are exhausting to voters, and Ford should focus on pothole filling rather than sweeping and fundamental changes. With a Republican governor, he has no hope of that anyway. Rather, he should shore up social services and education, find common ground with Republicans skeptical of the government with reasonable criminal justice reform, and placate union construction workers with many public infrastructure projects throughout the state rather than one or two huge ones. All of this is more or less consistent with the ideas in his “blueprint,” and ironically, more consistent than not with the Republican “pathway” as well.

At the end of the day, the less Ford tries to convince himself or anyone else that he has an overwhelming mandate, the more likely he is to eventually earn one.

Orrin was a political columnist for the Reno Gazette-Journal in 2015 and 2016. He has appeared as a guest commentator on Nevada radio and television programs including Nevada Newsmakers and The Travis Christiansen Show. He began blogging in 2005 for his law school’s Federalist Society chapter and in 2007 started his own blog, First Principles. He can be reached at orrin@orrinjohnson.com. Follow him on Twitter @orrinjohnson.