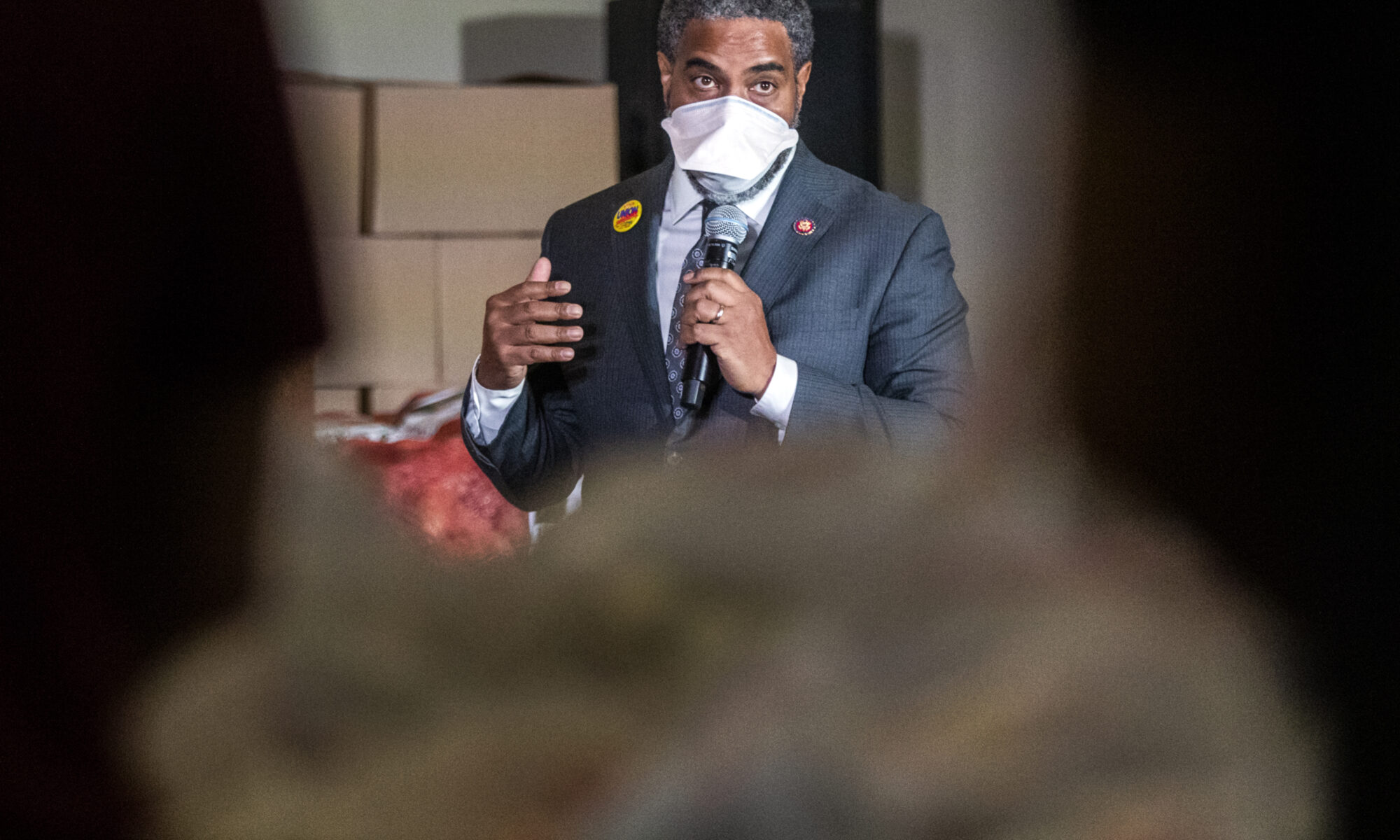 With the 2022 midterms on the horizon, Rep. Steven Horsford (D-NV) announced just over $450,000 in third-quarter fundraising Tuesday, an amount that boosted his campaign war chest to more than $1.44 million dollars in October.

Still, the sum fell short of his second-quarter fundraising haul, more than $570,000 and remains a far cry from his overall quarterly fundraising record of $634,000,set during the third quarter of 2020.

Additional details on his campaign spending were not immediately available, as Horsford's announcement comes in advance of the quarterly filing deadline for federal candidates later this week.

Horsford, who represents Nevada’s 4th Congressional District, has no declared opponents in the Democratic primary for next year, according to public filings with the Federal Election Commission. However, two Republicans — 2020 congressional candidate and insurance firm owner Sam Peters and former Trump campaign staffer Carolina Serrano — have entered the race.

Horsford was first elected to Congress in 2012 following the district's creation a year earlier when Nevada was newly apportioned a fourth seat of the House. He was ousted, however, following a surprise loss in the Republican wave election of 2014, where he was replaced by Cresent Hardy.

Democrats took back the seat in 2016 following a victory by Ruben Kihuen, and later maintained control of the district after Horsford replaced Kihuen on the ticket after the latter declined to run for reelection in the midst of a House Ethics Committee investigation into allegations of sexual misconduct.

Horsford won reelection in 2020 over Republican Jim Marchant by 4.9 percentage points — the narrowest margin of victory for a Democrat in the district since Kihuen's 4-point win in 2016.

The margin of victory in 2022 — and how competitive District 4 remains overall — will likely hinge on redistricting decisions from state lawmakers later this year. Democrats could seek to strengthen partisan voting blocs in District 4 and the highly competitive District 3 by redrawing lines around the Democratic stronghold of District 1, which is nestled between the two in the heart of Clark County.