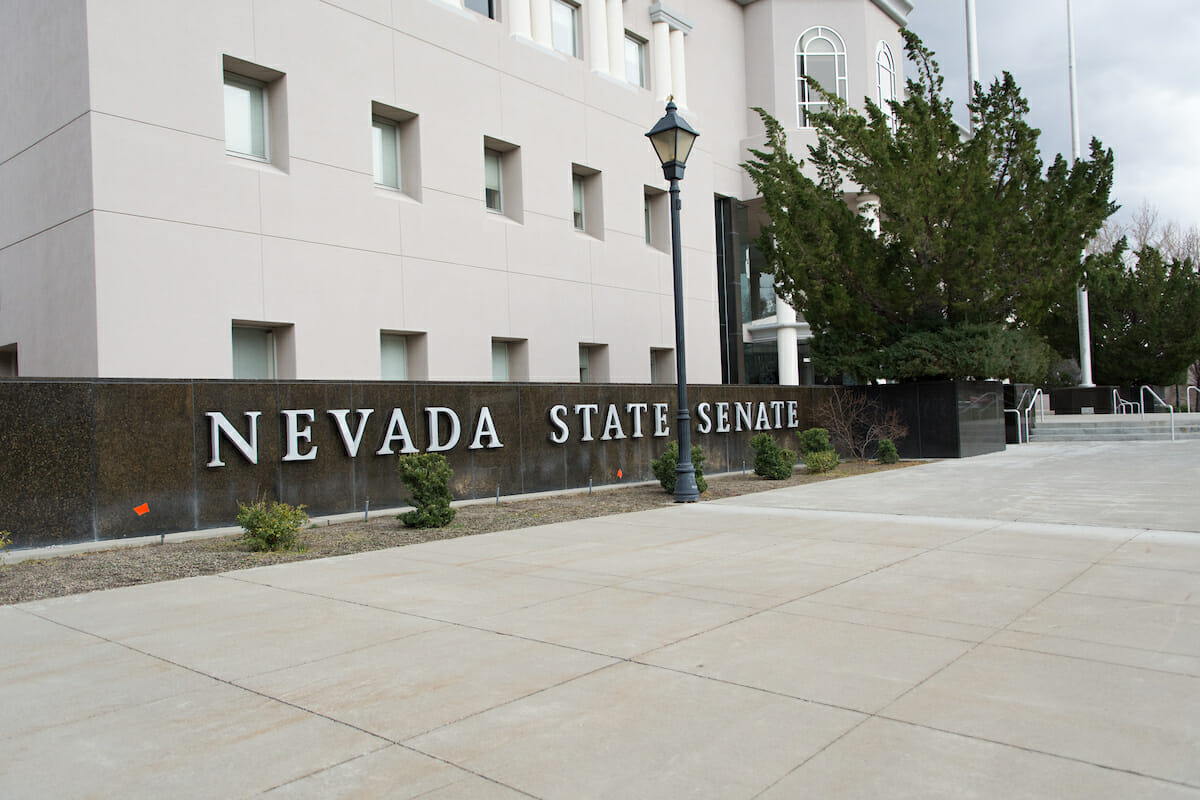 If the Fountainhead Society can gather 97,598 signatures across Nevada’s four congressional districts, we all could have to vote on a very different electoral system for the state Senate. So if you were a voter in the last election, should you sign the petitions? What will Nevada Senate voting look like in 2024 if this change is implemented?

Like many petition drives, the organizers’ explanation puts an idealistic face on it. Beatty school teacher Ben Pennington says the new system would eliminate redundancy between the two houses of the Legislature and give rise to new parties and more independents being elected. He says a similar system for electing upper houses in Australia has inspired his plan.

Well, if the Australian experience is anything to go by, this new Nevada system will not eliminate this redundancy: the state Senate will still be dominated by Democrats and Republicans. It is unlikely to let a thousand new political flowers bloom across the Silver State.

The new system proposes using the existing congressional districts to create four multi-member seats that would elect five members each. It would do this with a single transferable vote. What this means is that voters would have to number at least five candidates in order of preference. The parties would hand out “how-to-vote cards” with their candidates numbered 1, 2, 3 and so on.

Democrats would, of course, rank Republicans last — and Republicans would return the favor because those are the candidates who are most likely to be elected and those each party most wants to defeat. The only exception would be when a truly abhorrent minor party like the American Nazi Party nominated a candidate, and then the others would all rank it last.

Based on the last congressional elections, the most likely result under the new system would be that three Democrats would be elected in District One, which voted 66 percent for Democratic Congresswoman Dina Titus (D-Nev.). The rest of the vote went to a sacrificial Republican and a scattering of others who barely broke one percent of the vote, but two Republicans would likely have been elected from the remaining votes.

In District Two, the opposite would probably have happened. Rep. Mark Amodei (R-Nev.) won nearly 60 percent of the vote and a similar vote would have resulted in three Republican and two Democratic state senators.

The other two seats where the winners won with closer to 50 percent of the vote would probably have produced two from each major party and the last seat would likely have been a toss-up depending on the preference vote counts. That is, we would see the gradual eliminating of the candidate with the least votes, transferring his or her voters’ second and third and succeeding choices to the other candidates. That elimination and transfer process would go on until one candidate has a quota.

Yes, multi-member districts would mean there would be a “quota” to get elected. Each of the winners need to win a quota, or a number of votes determined by the number of valid votes cast at the election. Say there were 150,000 valid votes cast in Congressional District One. To win a state Senate seat, a candidate would need (150,000 + 1) divided by 6 (the number of seats plus one). So the final five would need to have won 25,001 votes after preferences were decided. This is a relatively high number, which makes it less likely that a fringe candidate or an independent could get elected.

In practice, the leading Democrat and Republican on the how-to vote cards wins many times more votes than one quota and the excess is transferred to the next party candidate and so on. The real fight in this system usually comes down to the final seat. Would it go to a high profile independent with name recognition (someone like former Las Vegas Mayor Oscar Goodman or, say, magician Penn Gillette), the next major party candidate on the ticket or could it be won by a minor party candidate?

In Nevada, it would create space for a host of parties to get candidates on the ballot. Teachers might decide that neither party was truly supporting public education and so create their own party promising it would drastically increase school budgets. They would likely give their next choice to Democrats but it would also pressure Democrats to steal their thunder by promising additional funding for education. A member of the Bundy family might run on a platform of obstructing the Bureau of Land Management. Actually getting elected might be a tall order but it would put pressure on Republicans to make concessions to ranchers and propose restrictions on the BLM to neutralize Bundy’s appeal.

If the new system is operating in 2024, Democrats and Republicans will elect more equal numbers to the state Senate. Eleven Democrats and nine Republicans is a plausible outcome. The alternative scenario is that a handful of minor parties or independents could hold the balance of power. Say the last of five seats in a couple of districts went to independents or one of the imaginary parties I mentioned above. The Senate could then be, say, nine Democrats, eight Republicans and three others. Those three would be in a key position to extract support for their projects in return for co-operating with one of the major parties. So whether candidates outside the major parties are elected or not, the new system would give them new levers to pressure the two major parties.

One other wrinkle: This new system would also make it much less likely that tax increases could ever occur because it would be difficult to meet the two-thirds level required because the numbers would be so evenly balanced.

Australians often talk about their electoral system as if it’s a work of genius. But that’s because they’ve forgotten that these reforms were designed to fix problems for the major parties. (Preferential voting was legislated in 1918 because of an emerging split in the conservative forces. With this system, both parties could both run candidates and not elect their common enemy – the Labor Party – with a plurality of the vote.) So when you’re asked to sign the petition or vote on this proposal, remember how it’s really going to work.

Ian Mylchreest is a freelance journalist who worked in Las Vegas for many years. He also grew up in Australia and has regularly voted in that country’s elections.