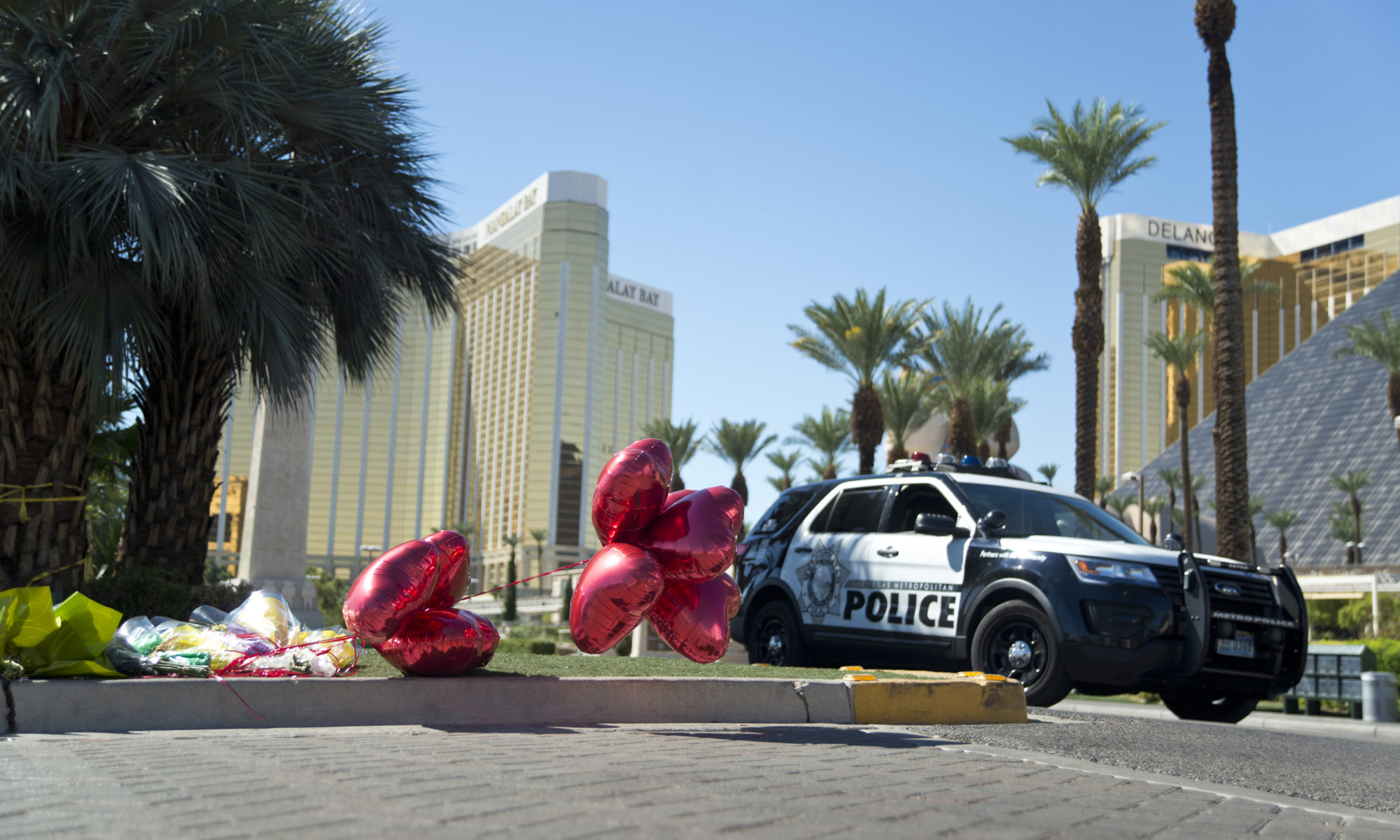 Snapshots from a week in America’s endless civil war:

Shortly after sunrise on Tuesday, a small but solemn gathering took place at the Clark County Government Center Amphitheater to mark the second anniversary of the darkest moment in Las Vegas history. Respectful tribute was paid, as it should always be paid, to the victims of the Oct. 1, 2017 mass shooting. Not only to the 58 murdered, but also to the hundreds wounded and thousands whose lives were changed forever.

Those victims should be remembered as part of the legion of people who lost their lives on the way to treating the nation’s gun obsession, but those words sound naïve even as I write them.

There were tears and prayers and uniformed first responders. Even officials with prepared texts at times appeared to search for the right words to reflect an indescribable loss. Nevada Gov. Steve Sisolak, who made gun safety measures and banning bump stock attachments a central part of his agenda, had it right when he said, “As painful as it may be, especially on a day like today, our capacity to remember, to feel what we felt all over again, is what binds us together as a community - as a family and it makes us strong."

Las Vegas will always remember. But will America?

With a friendly Legislature marching behind him and the horrors of 1 October haunting so many, Sisolak had a relatively easy path to the passage of AB 291, an omnibus gun safety bill. It’s a reminder of the power of leadership at the state level when Congress perennially fails to act.

On Wednesday, Democratic Party presidential candidates gathered to remind the nation of their deep concerns about gun safety, universal background checks, and banning semiautomatic assault rifles that are so easily converted to fire automatically. They also reminded Nevadans of the importance of the state’s first-in-the-West caucus. Most sang from similar choir books. They were loud enough, but given their general track record you’d be forgiven for being skeptical.

Will this time be different? The Democrats have an anemic success record against the gun manufacturers’ best friend, the National Rifle Association. Without a sweeping victory in 2020 that also changes the balance of power in the Senate, their mid-week speeches will be political drift smoke.

Cut to Thursday morning in a crowded law downtown law office: Attorney Robert Eglet, a hometown boy who made good, stood before the press to officially announce one of the largest civil settlements in American history just two years and two days after the nightmare of 1 October. Among the country’s most successful litigators, he’d come not to ridicule Mandalay Bay parent company MGM Resorts, but to praise it following a months-long mediation that will settle a sprawling lawsuit and provide from $735 million to $800 million to approximately 4,500 participating claimants including victims and their families, and with no admission of liability by the state’s largest employer. At times, the public face of the Eglet Adams law firm sounded as much like a representative of the casino giant as the plaintiffs’ lead Las Vegas counsel.

A few minutes later, Eglet went off script and said something that should echo all the way to Washington. Talk of change is fine as far as it goes, but turning back America’s semi-automatic slaughter machine will only be successful when the gun manufacturers who make the weapons of war and sell them to civilians can no longer hide behind the litigation impunity carved out in Congress by the gun lobby.

The October 1 settlement represents a moment of hope for healing against a grim reality in our ceaseless civil war.