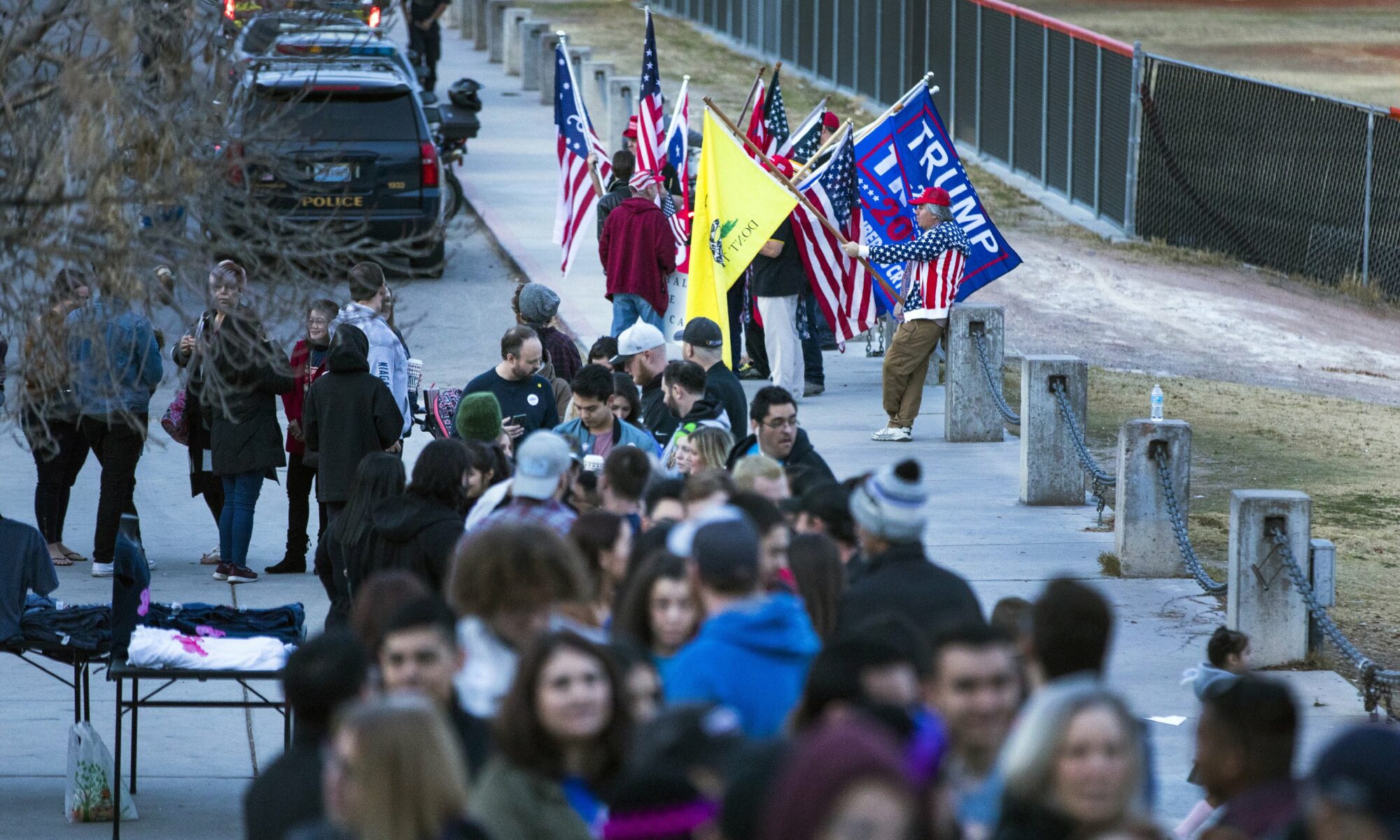 Good morning, and welcome to Indy 2020, a biweekly newsletter focused on the 2020 presidential election in Nevada. A reminder that email subscribers get early access to this newsletter, so be sure to subscribe and tell your friends. It’ll be peachy.

Happy New Year! Though it feels like it has been 2020 for ages now, it is in fact only seven days into the year — and 46 days until the Jellicle Ball, er… Nevada’s Feb. 22 caucus.

Who will they vote for? Will it be Jennyanydots? Gus? Mr. Mistoffelees? Grizabella?

I continue to make no apologies for liking “Cats.” (Though I’d say “Dark Waters” or “Little Women” were still probably my favorite holiday watches.)

As always, a reminder to reach out to me with any tips, story ideas, comments, suggestions and your predictions of who’s going to the Heaviside Layer at megan@thenvindy.com.

Without further ado, a download of the recent 2020 happenings in Nevada.

Former New York City Mayor Michael Bloomberg was the only Democratic presidential hopeful to not file — in line with his strategy to skip campaigning in the four early voting states. A spokeswoman told the AP that the campaign has “enormous respect for the Democratic primary process and many friends in those states, but we are running a broad-based, national campaign to beat Donald Trump and win in November.”

New TV ads in Nevada: Patrick, still a newcomer in the 2020 Democratic presidential field, went up with his first television and digital ad in Nevada and three other early states on Monday. Per this tweet from CNN’s David Wright, the buy in Nevada is very very very small — $167,990 total, with $100,000 in New Hampshire, $60,000 in South Carolina, and the rest split between Iowa and New Hampshire. In the 30-second ad, which you can see here, Patrick makes the argument that it’s “not too late to save the American dream” — or, by extension, support him. (Patrick says he jumped in the race late because of his wife’s cancer diagnosis, something the two of them explain on-camera in the ad.)

Steyer launched a new immigration-focused ad in Nevada on Tuesday, featuring a clip of him speaking on the issue at the December Democratic debate.

Buttigieg is also going up with a new statewide TV ad on cable on Tuesday focusing on his “Medicare for all who want it” alternative to a single-payer health care system. His first Nevada ad started running in December.

Klobuchar is the first candidate to visit Nevada in 2020: Klobuchar attended three events across Nevada on Saturday. She hosted meet and greets in Minden at the Douglas County Dems Office, at the Sundance Bookstore in Reno and at her campaign headquarters in Las Vegas.

In a gaggle after her Las Vegas event, I asked Klobuchar what her path to victory here looks like. (She’s been polling around 2 and 3 percent here, while she’s been slowly trending upwards in the high single digits in Iowa.)

“The path to victory is what we’re seeing all over the country, and that is we’re seeing more and more support,” Klobuchar said. “We had our first double digit national poll. I’m well aware that I am not as well known as some of the other candidates in this race, especially in this state, and that means I need to increase my name identification, I need to get out there. That’s what we’re doing today.”

It will be interesting to see how Klobuchar fares in Nevada in the next couple of weeks now that she has a team on the ground and is building momentum in Iowa. Two women who braved the brisk, 57-degree Las Vegas afternoon to hear Klobuchar speak told me they’re interested in the Minnesota senator, though neither has committed yet to a candidate.

Ann Marie Bleach, a 77-year-old from Las Vegas, told me that she started off backing Warren, switched to Buttigieg, went back to Warren and is now leaning toward Klobuchar.

“She has a very good message,” Bleach told me.

Linda Switzer, who works for Wynn Macau and lives in Summerlin, was also open to Klobuchar but said that right now the only one she thinks can beat President Donald Trump is Biden.

“I will do anything in my power to take this man out of office,” she said.

Both said that a candidate’s ability to defeat Trump will be the deciding factor in their caucus votes.

I also met a committed Klobuchar supporter, Aaron Sroka, a doctor from Las Vegas. He told me that he prefers a moderate candidate and thinks she’s done well on the debate stage. Biden, he said, has “a lot of baggage, unfortunately” and that Trump would “kill him because of Hunter (Biden),” the former vice president’s son. He said that Buttigieg is “okay, but he has no national experience,” and ruled out Warren and Sanders early, in part because of their support for Medicare for all.

“They don’t understand a lot of stuff,” Sroka told me. “You can’t dump the system all of a sudden.”

The might of the nonpartisans: As the boss reported on Twitter over the weekend, Republicans are now a smaller group in Clark County than nonpartisans (independents) and those registered with smaller political parties combined. As of noon on Monday, there were 460,352 Democrats, 318,880 Republicans, and 319,176 nonpartisans/others, according to the Clark County Election Department’s website.

Republicans still have the edge in Washoe County, though. As of Jan. 2, there were 102,319 Republicans in Washoe, 98,823 Democrats, and 79,773 nonpartisans/others, according to the Washoe County Registrar of Voters website.

And compared to the number of voters during the last election, there are 4,825 more Democrats, 418 more Republicans and 8,569 more nonpartisans/others.

Steyer’s post-Christmas trip to Las Vegas: Steyer was in Las Vegas Dec. 26 to 28. While in town, he attended a meet and greet with local business leaders at an event hosted by ArtKore Print Group, a Latino-owned print shop in Las Vegas. (He was also endorsed by the print shop’s founder, Rassiel Godinez.)

Booker’s pre-New Year’s trip to Reno: Booker returned to Reno on Dec. 30 to attend a Latino community leader roundtable and host a “Conversation with Cory” event, featuring Assemblywoman Sarah Peters and Reno City Councilwoman Jenny Brekhus. Per CBS News’s Alex Tin, more than 300 people attended the latter event, and some tears were shed as Booker shared an emotional story about seeing someone shot in Newark.

Horsford boosted by new ad buy: Democratic Rep. Steven Horsford is benefitting from a new multi-million dollar ad buy touting members of Congress who recently greenlit a Democratic-backed omnibus bill that seeks to lower prescription drug prices in part by allowing the government to negotiate those prices through Medicare. My colleague Jacob Solis has more.