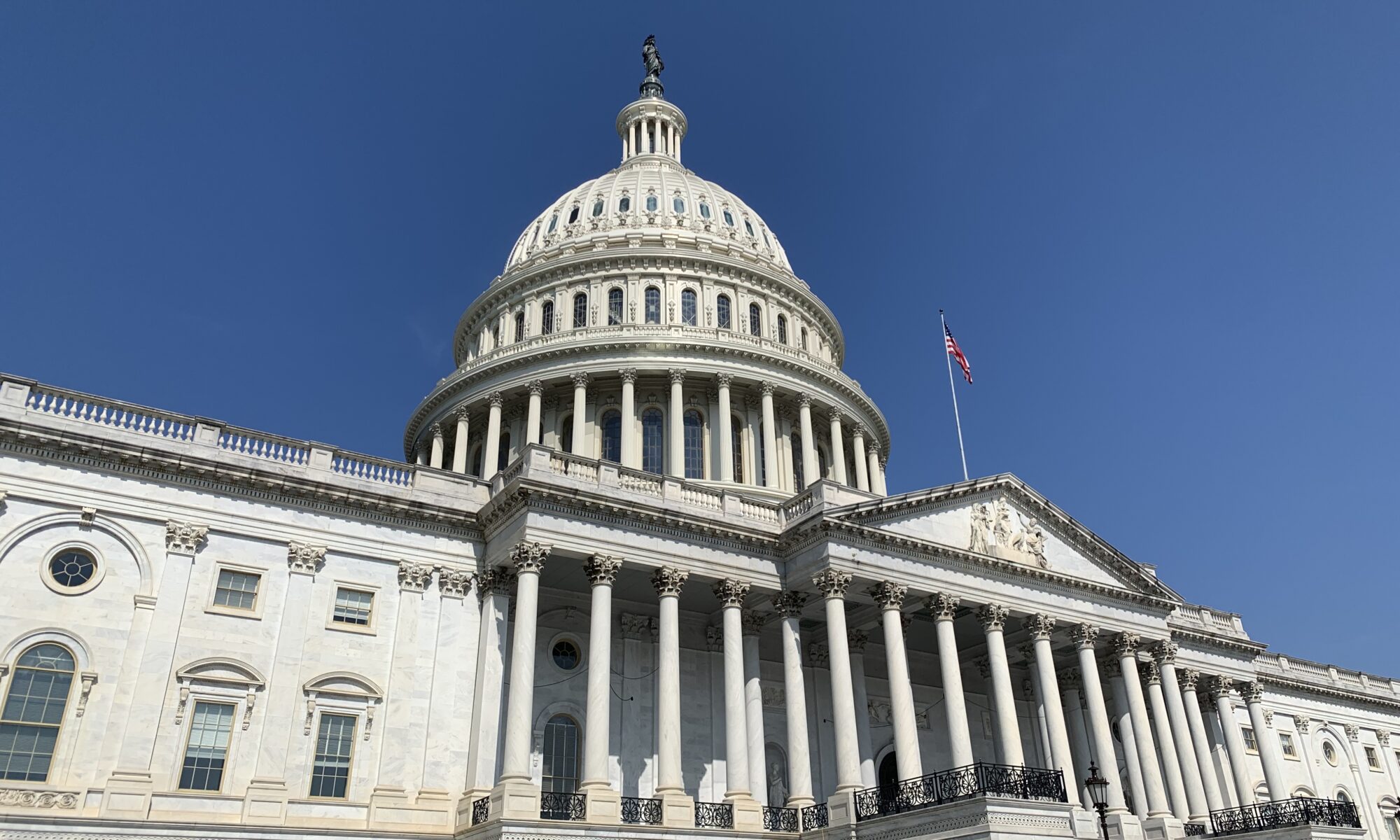 If a colleague or associate emailed this newsletter to you, please click here to sign up and receive your own copy of Indy DC Download in your inbox.

Congress passed legislation funding the federal government through Dec. 3, while disagreement among progressive and moderate Democrats over the size of a $3.5 trillion social safety net package threatened House approval of a $1.2 trillion bipartisan infrastructure measure.

After meeting with President Joe Biden on Friday, House Democrats, including Nevada's congressional lawmakers, were hopeful that the two camps of Democratic lawmakers could agree to pass the two bills as negotiations intensified.

"I think it shows his commitment to getting something done," said Rep. Dina Titus (D-NV) said of Biden’s visit, while noting that both bills are a must-pass items for Democrats.

“Too much is at stake,” she continued. “Failure isn't an option for our districts, our constituents, for the country, for the party.”

Approval of the two bills, which comprise Biden's domestic agenda, will give Democrats a legislative victory to campaign on ahead of what could be a difficult midterm election with control of the House and Senate hanging in the balance. Democrats hold slim majorities in both chambers. The loss of one seat would flip the Senate.

Discussions on the infrastructure bill, the Infrastructure Investment and Jobs Act and the social spending package, known as the Build Back Better Act, came as the House approved a 30-day extension of the surface transportation bill, which expired Friday. The Senate will try to enact the extension Saturday. A reauthorization was included in the infrastructure measure.

No disruptions were expected by the Nevada Department of Transportation.

“While any delay is concerning, NDOT carries a balance for these types of uncertainties,” NDOT spokeswoman Meg Ragonese said in an email.

Meanwhile, the Senate also confirmed Tracy Stone-Manning to head the Bureau of Land Management, which oversees federal lands across the nation. Nevada is about 85 percent federal land.

The Senate voted 50 to 45 to confirm Stone Manning, including Sen. Catherine Cortez Masto (D-NV) and Sen. Jacky Rosen (D-NV), who backed her confirmation.

Stone-Manning drew the ire of Republicans, including Sen. John Barrasso (R-WY), because she was asked to give testimony in the prosecution of four people convicted in 1989 of tree-spiking, where metal spikes are hammered into trees to destroy logging saws.

But Democrats, including Sen. Joe Manchin (D-WV), said that the GOP was trying to “impute” the guilt of the four convicted tree spikers to Stone-Manning. “There is no evidence in the trial record that she participated in the tree spiking,” Manchin said.

The House approved the continuing resolution (CR) to keep the government open past the Sept. 30 end of the federal fiscal year on a 254 to 175 vote. Thirty-four Republicans voted for the CR, including Rep. Mark Amodei (R-NV).

Amodei said he supported the bill, in part, because it continues spending at levels approved under former President Donald Trump and he wanted to avoid a government shutdown.

“I voted to shut the government down a while back,” Amodei said. “Guess what? It doesn't change anything that you're fighting about.”

He also backed the measure because it did not include an effort to suspend the statutory debt limit, which the Treasury Department expects to hit by Oct. 18

Amodei recently voted against a previous CR that included a suspension of the debt limit. He also voted Wednesday against a separate bill to suspend the debt limit, which passed 219 to 212, with only Rep. Adam Kinzinger (R-IL) the lone GOP vote in support.

Amodei argued that he was concerned that the suspension would clear the debt for Democrats to pass their agenda. He also noted that it was dead in the Senate where Republicans have vowed not to vote for more debt.

At a Senate Banking Committee hearing Tuesday, Cortez Masto sought to call out Republicans for their “hypocrisy.”

In questions she posted to Treasury Secretary Janet Yellen and Federal Reserve Chairman Jerome Powell, Cortez Masto argued that the debt incurred was from legislation to fight the pandemic and Republicans should support making sure that those obligations are met.

“That’s true,” said Yellen. “Raising the debt limit allows us to pay bills that were incurred because of those acts and others in Congress.”

After the meeting with the president, Rep. Steven Horsford (D-NV) said that Biden's visit helped unite Democrats. He tempered progressives' expectations that the $3.5 trillion Build Back Better package would be less than initially hoped. But Biden also sought to bolster moderates by underscoring the need for passage of the infrastructure bill.

Horsford said Biden believes the sweet spot is between $1.9 trillion and $2.3 trillion.

Biden’s numbers come after Manchin has said he wants a roughly $1.5 trillion package.

But Horsford stressed that he wants to focus on the policies rather than the topline.

Horsford, a member of the Ways and Means Committee and the Budget Committee, said his priorities for the package include provisions to tackle climate change, make health care more affordable, and take care of families with affordable childcare and associated tax credits.

“Those are the things that I have already voted for on Ways and Means and Budget,” Horsford said. “I know that means other things may not make it into this particular package, but those are priorities that I want to deliver for my district.”

Democratic leaders, led by Speaker Nancy Pelosi (D-CA) and Senate Majority Leader Chuck Schumer (D-NY), hope to get a legislative framework on which all Democrats, including Manchin and House progressives, can agree. Such an agreement would allow for the passage of both bills.

Rep. Susie Lee (D-NV) also evinced confidence that a deal would get done after talks with Manchin and others.

“This is a big package,” Lee said. “There's going to be a lot of negotiations between where [Manchin] is and where we're gonna end up, and that takes time.”

Democrats are using the budget reconciliation process to pass the Build, Back Better Act, which allows the Senate to approve tax and spending legislation on a simple majority, rather than the 60 votes needed to override a filibuster. But it's a tricky calculation because, with a 50-50 party split in the Senate, all Democrats would need to support it, including Manchin (and Sen. Kyrsten Sinema (D-AZ), who have been skunks at the party for progressives.

Rosen, who helped negotiate the infrastructure package, said more discussions are to be expected.

“I think that we're going to see what what the House sends us and we're going to have continue to keep working on what we have and speaking with Sen. Manchin about all the things that we feel we need to do to build this country,” Rosen said.

The Senate parliamentarian rejected the second attempt by Senate Democrats to include an immigration provision in the reconciliation bill.

Democrats, including Cortez Masto, who is among the senators working on the issue, will continue to press their case with the parliamentarian.

“The Senator made it clear that she will not stop fighting for immigration reform in reconciliation, which would have a major, positive impact on our nation’s economy,” according to her office. “The Senator is continuing to work with her colleagues and is looking at additional options.”

Under the budget reconciliation process, changes in legislative spending or revenues cannot be incidental. The parliamentarian ruled that the latest effort did not pass the test.

Democrats sought to change the date of a 1929 law, known as the registry. The registry allows for undocumented people who have been in the country since 1972 to apply for lawful permanent resident status. The date has been changed four times since 1929. The last date change took place in 1986.

A change in the registry date in reconciliation “would have allowed millions of hardworking, law-abiding immigrants to get green cards,” her office said.

Democrats have pledged to include a provision to legalize the status of those brought to the country illegally as children, known as DREAMers, those receiving Temporary Protected Status (TPS) and essential workers.

S.2907 – A bill to establish the Truth and Healing Commission on Indian Boarding School Policies in the United States, and for other purposes.

S.2900 – A bill to suspend the enforcement of certain civil liabilities of Federal employees and contractors during a lapse in appropriations, and for other purposes.

S.2890 – A bill to allow the participants in the National Health Service Corps to defer their obligated service in order to receive training in palliative care services.

S.2922 – A bill to establish a commission to study the war in Afghanistan.

S.2887 – A bill to codify the existing Outdoor Recreation Legacy Partnership Program of the National Park Service, and for other purposes.

H.R.5427 – To regulate bump stocks in the same manner as machineguns.