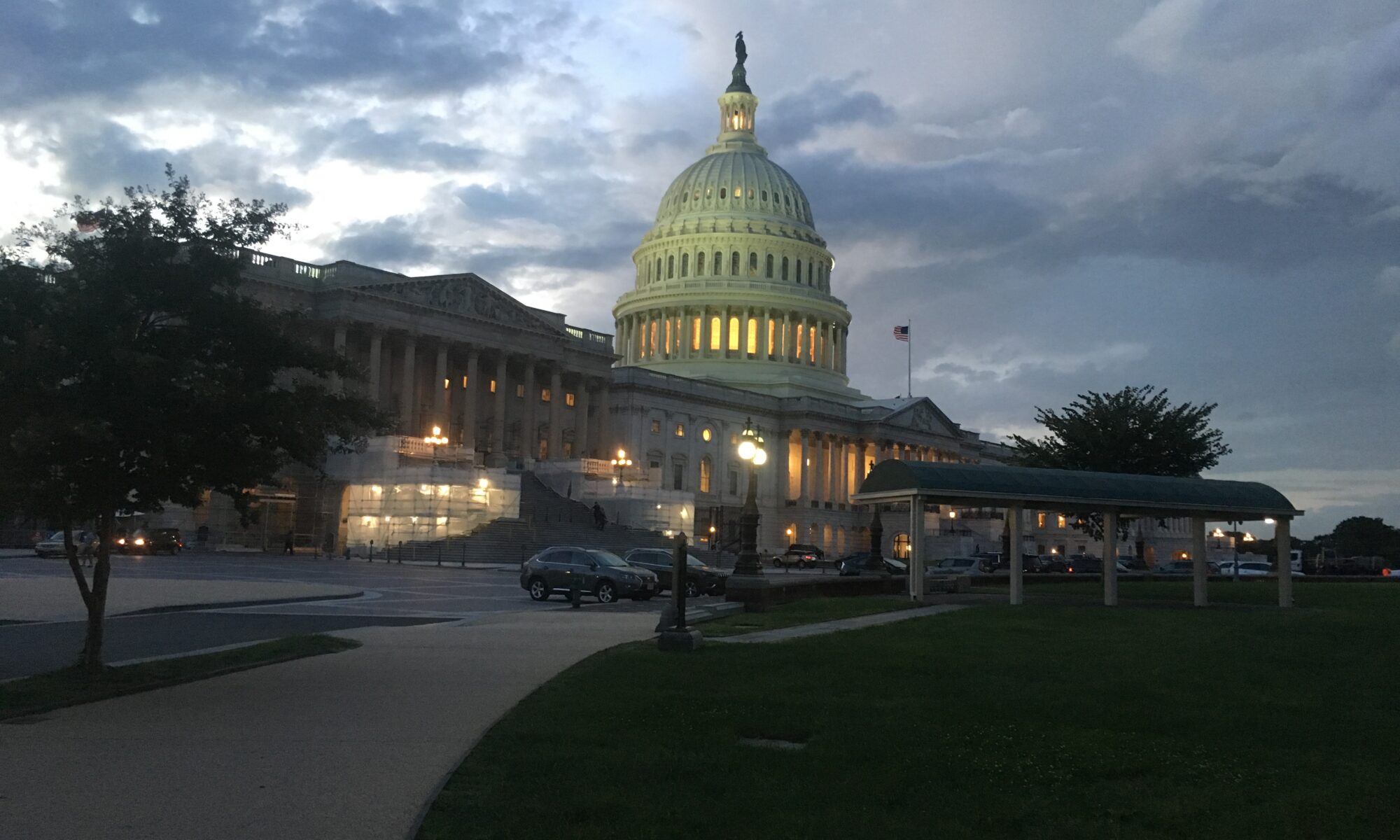 The House passed a resolution this week seeking to force President Donald Trump to end hostilities with Iran, but the measure has an uncertain future in the Senate.

The vote came as the upper chamber looked to ready itself for an impeachment trial after Speaker Nancy Pelosi said Friday that the House would likely vote next week to send the articles of impeachment against Trump, approved by the House in November, to the Senate, kicking off the long-awaited trial.

“I have asked Judiciary Committee Chairman Jerry Nadler to be prepared to bring to the Floor next week a resolution to appoint managers and transmit articles of impeachment to the Senate,” she said in a letter to her Democratic colleagues.  “I will be consulting with you at our Tuesday House Democratic Caucus meeting on how we proceed further.”

The House last week also approved far-reaching legislation that would designate certain per-and polyfluoroalkyl substances, known as PFAS, as hazardous substances within one year of the bill’s enactment and would require the government to consider similarly designating other PFAS substances within five years. The bill would also set PFAS standards for drinking water and air pollution.

PFAS are a group of man-made chemicals that are found in everything from food packaging, cookware, clothing and firefighting foam used by the military. Known as “forever chemicals,” PFAS has been manufactured around the world since the 1940s, and accumulate in the human body and environment over time. Its presence can lead to adverse human health effects.

The House on Friday approved the bill, 247 to 159, with all Nevada Democrats backing the bill and Rep. Mark Amodei among the Republicans who voted against the measure.

Earlier in the week, Amodei said he was leaning against backing the bill over concerns that Democrats were seeking to advance a bill that overregulates, won’t be considered in the Senate and forces the GOP into a “gotcha” vote.

“Does it have to be dealt with? Yes,” he said. “Is it being dealt with to some extent now? Yeah. The question is if you’re looking for a messaging thing to say, you know, the Republicans voted against motherhood and apple pie, and they want dirty water and all that.”

Environment and Public Works Committee Chairman John Barrasso of Wyoming, who worked on a bipartisan Senate PFAS measure, said last week that the bill does not stand a chance in the Senate.

Republicans, including Barrasso, sought to regulate two types of PFAS rather than the entire class. Democrats, including House Energy and Commerce Committee Chairman Frank Pallone of New Jersey, believed the GOP proposal was too weak leaving the issue at an impasse.

But before voting on PFAS legislation, the House Thursday voted 224 to 140 to pass a resolution under the 1973 War Powers Act. All Nevada House Democrats supported the resolution. In total, eight Democrats voted against the measure and three Republicans and one independent voted for it.

Amodei signaled his opposition earlier in the week. House Democrats were poised to take action after they were left unsatisfied following congressional briefings last week on Trump’s decision to assassinate Iranian General Qasem Soleimani, which sparked a subsequent attack on an Iraqi military base where Americans soldiers were stationed.

While the administration said no one was injured or killed, it heightened tensions between the two nations, which Democrats said needlessly endangered Americans and spurred them to pass the House resolution.

The resolution calls for the president to terminate the use of United States Armed Forces to engage in hostilities in or against Iran.

As a so-called concurrent resolution, the measure does not require the president’s signature to take effect, but it must be passed by the Senate.

It will be up to the Senate parliamentarian to determine whether the Senate is required to vote on the resolution. War powers resolutions are typically privileged in the Senate, meaning that they must be considered and can pass on a simple majority. But it’s unclear if the House measure, as a resolution not requiring the president’s signature, would be.

The uncertainty stems from the fact that even if the Senate were to pass the resolution, it’s unclear if it would pass constitutional muster since it is a type of legislative veto, a way that Congress can nullify presidential action with a simple majority, which the Supreme Court ruled was unconstitutional in 1983.

House Republicans, including Minority Leader Kevin McCarthy, argued that the measure is not binding on the president and is, therefore “meaningless,” he said Thursday.

Rep. Dina Titus, a former UNLV political science professor who used to lecture on the War Powers Act, acknowledged that the resolution future is uncertain. But she said the House passage sends a strong signal and reasserts Congress’ authority to declare war under the Constitution.

“Sometimes the symbolic use of politics is as good as the literal,” Titus said. “I think that like after Vietnam when Congress tried to reassert itself, that’s what’s happened now, and the Democrats on the House side want to send that message that this is what Congress is responsible for, not the president.”

A similar resolution is expected to be taken up by the Senate, which would require Trump’s signature. That measure, introduced by Sen. Tim Kaine of Virginia, would require the removal of forces in 30 days. Four Republicans would be needed to vote with all 47 Democrats to support the measure for passage. Two Republicans announced their support last week and a third indicated he was considering backing the resolution.

“We’re just hopeful that they’ll be enough people on the Senate side—because we already got two—who will get on board,” Titus said.

Meanwhile, Democrats, including Titus, praised Pelosi’s decision to hold on to the impeachment articles, especially because of the emergence of emails showing that Trump overrode his Office of Management and Budget (OMB) deputies on the decision to withhold military aid from Ukraine, which Democrats argue he used to pressure the Ukrainian president to meddle in the 2020 election.

She also mentioned the former Trump National Security Advisor John Bolton’s new-found willingness to testify before the Senate if subpoenaed. Those may not have come to light had she sent the articles to a Senate led by Majority Leader Mitch McConnell who has signaled the GOP is eager to quickly acquit.

“I think the real advantage, whether McConnell agrees to anything or not, is, as she’s held it for a couple of weeks now, more information has come out. Bolton  said he would testify and also those emails about the OMB and the internal strife. So who knows what might come out next week.”

In a bid to get assurances from the Senate on trial witnesses and procedures, Pelosi has held on to the articles of impeachment since the House voted to charge the president with abuse of power and obstruction of Congress in November.

But McConnell rebuffed her efforts and said that he wants to hold off until a later stage of the trial to consider the issue of witnesses and that he has the 51 votes to begin initial stages.

Amodei said last week that it was laughable that House Democrats were trying to impose their will on the Senate.

“The Senate’s always looking for what the House thinks,” he joked. “Heck, they didn’t care what we wanted to do when we were in the majority over here.”

Momentum seemed to be shifting against Pelosi last week with some Democrats, including Rep. Adam Smith of Washington and Sen. Dianne Feinstein of California, calling on the speaker to send the articles and let the Senate begin its trial. But both later walked back their statements.

While waiting for the articles last week, McConnell held votes on five nominations, including Jovita Carranza to be administrator of the Small Business Administration, as the chamber continued to wait to start the impeachment trial.

Both Sen. Catherine Cortez Masto and Sen. Jacky Rosen voted for Carranza, a former UPS executive, who was confirmed 88 to 5.

Cortez Masto voted to advance the U.S.-Mexico-Canada trade pact, known as the USMCA.

The agreement was approved 25 to 3 by the Finance Committee of which she is a member.

She praised the deal for its labor protections and enforcement provisions and language that would allow that would benefit Nevada dairy farmers by allowing greater access for U.S. dairy products to the Canadian market.

She did lament that the agreement leaves something to be desired when it comes to environmental protection but pledged to push for policies to address the issue.

“I know our friends in the environmental community have concerns about this agreement falling short on addressing the climate crisis,” she said. “I share their sentiment that this administration has repeatedly failed to address or acknowledge the climate crisis. That is just one of the reasons why I will continue to fight for real investment in renewable energy technologies and the protection of our precious natural resources and the environment.”

Rosen, a member of the Senate Health, Education, Labor and Pensions Committee, will get to weigh in on USMCA next week when that panel votes on the deal.

Cortez Masto and Rosen also sent a letter last week to the Inspector General of the Department of Homeland Security calling for an investigation into the conditions at the Nevada Southern Detention Center, a privately-owned facility that contracts with Immigration and Customs Enforcement.

The letter follows a report by Vice News that a captain at the facility was active on a neo-Nazi website and expressed interest in starting a white supremacist group.

“While closure of the Reno office is not ideal, we can accept it only with assurances that HUD maintains the staff necessary to manage the entire state,” the letter said. “The current practice of requiring the head of the Las Vegas HUD field office to travel once a month or more is inadequate to serve a rapidly-growing northern Nevada facing affordable housing challenges.”

They requested two staffers for field policy and management, another for public housing, and a fourth for community planning and development.

“We look forward to hearing back from you by February 14, 2020,” the letter concluded.

S. 3175 – A bill to amend SAFETEA-LU to improve the Intelligent Transportation System Program Advisory Committee, to require information and resources for the development of local smart communities, to help establish a 21st century transportation workforce, and for other purposes.

H.R. 5563 –  To prohibit certain practices relating to certain commodity promotion programs, to require greater transparency by those programs, and for other purposes.

H.R. 5570 – To direct the Secretary of Veterans Affairs to conduct a review of the deaths of certain veterans who died by suicide, and for other purposes.