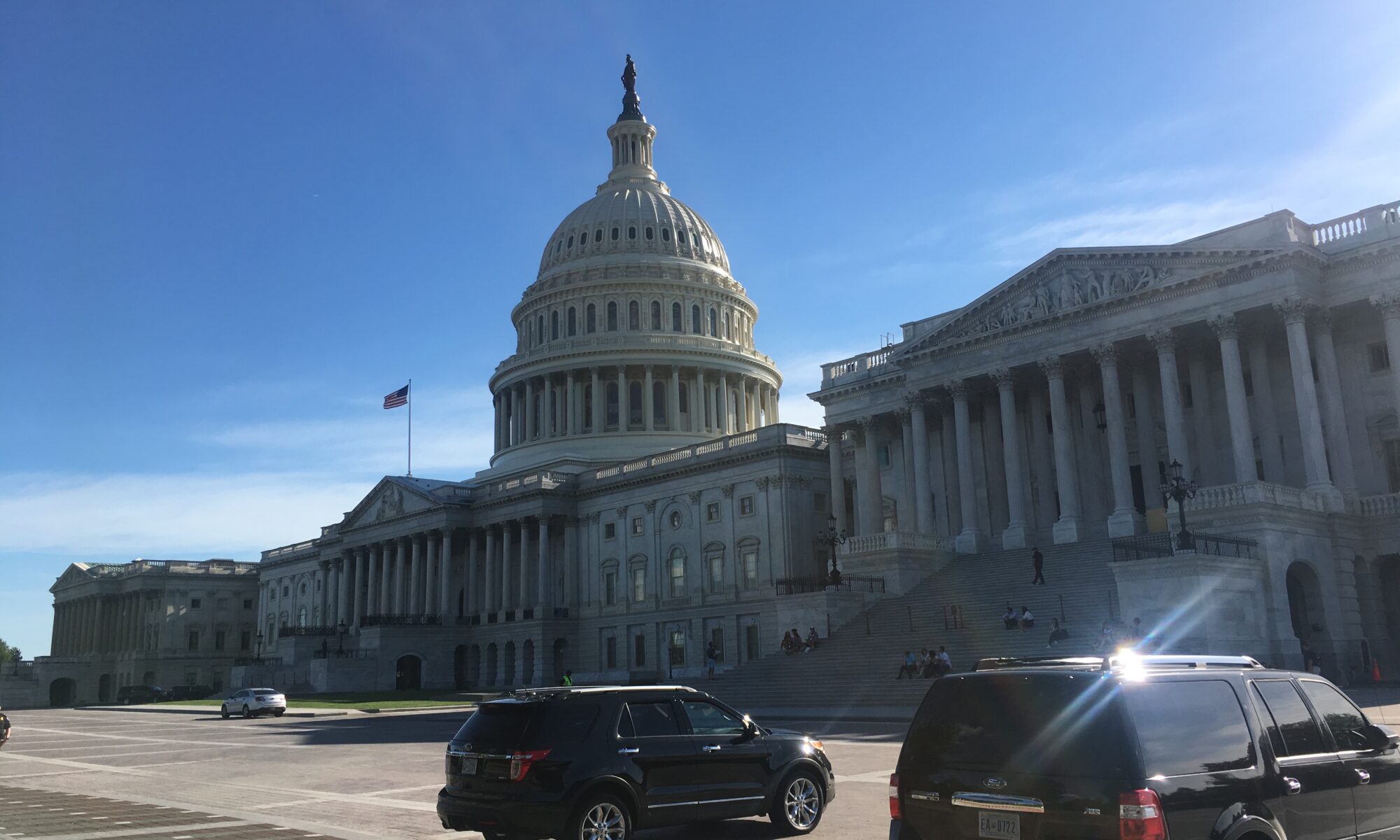 While most lawmakers were back home awaiting any sign of a deal on the next pandemic aid bill, Democratic Sen. Catherine Cortez Masto called for the inclusion of funds to prevent evictions and foreclosures as well as funds for nursing homes in two speeches on the Senate floor.

But chances for an agreement on a virus relief bill seemed even more remote last week.

Senate Majority Leader Mitch McConnell announced Thursday that the chamber would adjourn until the second week in September. He had kept the Senate in session last week, but with no votes scheduled, in part to appease vulnerable Republican senators concerned over the optics of the Senate going on its August recess without a deal.

He also wanted to draw a contrast with the Democratic-run House, which has not voted since the end of July, though committees met through the week of Aug. 3.

In a speech on the floor Thursday, McConnell indicated that his decision to recess the chamber was based on the fact that a deal was nowhere within reach. He blamed Speaker Nancy Pelosi and Senate Minority Leader Chuck Schumer for what he characterized as an unwillingness to compromise.

“I canceled the first week of our August state work period in the hope that the speaker and the Democratic leader would put aside their ideological demands,” McConnell said. “Unfortunately, the Democrats have continued to let working families down.”

Personifying the stalemate, Pelosi said Thursday that Republicans “have never understood the gravity of the situation.”

Democrats have called for $3 trillion for the next package, while Republicans don’t want to spend much more than $1 trillion.

“If we do not defeat the virus, we will not be able to open up the economy and open our schools safely,” Pelosi continued.

A prolonged impasse could see matters spill over into talks on a must-pass bill to keep the federal government open. The fiscal year ends on September 30 and Congress, in election years, typically passes a short-term extension of current spending levels.

With no votes scheduled last week, the Senate floor was even more devoid of senators than usual. Cortez Masto was one of four senators to speak on Tuesday and one of six on Wednesday.

Recalling the impact of the 2008 foreclosure crisis in Nevada in her speech on Tuesday, Cortez Masto warned of a wave of people losing their homes as a result of being let go from jobs ended by the pandemic.

“In my home state of Nevada, experts believe that nearly half a million people are at risk of eviction—perhaps as many as 300,000 of them in Nevada by September,” she said, noting that the state has a 20 percent unemployment rate.

“Among renters, up to 47 percent face that risk,” she continued. “Staving off Nevada evictions could cost $850 million in rental assistance over the next year. That’s just one state.”

Cortez Masto touted Democratic proposals that would provide aid, including a bill from Sen. Sharrod Brown of Ohio that would provide $100 billion in emergency rental assistance and a measure introduced by Sen. Jack Reed of Rhode Island to provide $75 billion to help renters and homeowners.

On Wednesday, she called for passage of pandemic legislation to include funding for nursing homes, including personal protective equipment (PPE), testing and other support to fight the virus.

“We need to make sure nursing homes follow guidelines and that if they fail to do so, they’re held accountable,” Cortez Masto said. “But we also need to arm them with the tools they need to face a virus that’s been relentless in attacking seniors.”

She said she backs a bill, introduced by Democratic Sen. Bob Casey of Pennsylvania, that would provide $20 billion for nursing home staffing, testing and PPE.

“The bill funds teams of nurses and other critical staff to lend emergency help at nursing homes with outbreaks,” Cortez Masto said.

Also last week, Cortez Masto and Sen. Jacky Rosen signed on to a letter with all other Senate Democrats to Postmaster General Louis DeJoy seeking assurances that the post office will continue to treat mailed ballots as first-class mail, which has a delivery standard of two to five days.

“If any changes are made to longstanding practices of moving election mail just months ahead of the 2020 general election, it will cause further delays to election mail that will disenfranchise voters and put significant financial pressure on election jurisdiction.”

The letter also calls for assurances that election-related mail continues to be charged the lower nonprofit marketing mail rate.

The letter comes as The Washington Post reported Friday that 46 states received letters from the Post Office’s general counsel that the delivery of mail-in ballots could be delayed in some states. Nevada was told that its ballots would be delivered in a timely manner, though.

Trump said Thursday that he does not want to provide funding to the post office—a point of contention in pandemic aid talks—to handle an influx of mail-in ballots. He insisted he that mail-in voting would open up the election to voter fraud, though there is no evidence that that would happen. His campaign is suing Nevada over the state’s law mandating a mail-in election.

Also Thursday, a judge in Pennsylvania, where the Trump campaign is also suing the secretary of state and other officials over a state mail-in voting law, ordered the campaign to provide evidence of fraud in mail-in voting.

Rep. Dina Titus last week sent a letter, along with Florida Republican Rep. Brian Mast, to Veterans Affairs Secretary Robert Wilkie seeking information on the VA experimenting on cats, including performing invasive surgeries on them, damaging their spinal cords, and ultimately killing them.

The letter cites $8.4 million spent on VA experiments on cats “at facilities in Cleveland, Louisville, and Los Angeles at great expense to taxpayers.”

Titus, a champion of animal rights in Congress, helped lead an effort to include language in the House version of the VA’s fiscal 2021 funding bill, approved by the chamber last month, to prevent the agency from conducting tests on dogs.

Rep. Susie Lee held a Facebook roundtable last week on how the virus has affected people of color at a disproportionate rate compared with whites. For example, Lee said Asian-American and Pacific Islander community of Nevada makes up only about 8 percent of the population, but they account for 16 percent of COVID-19 deaths.

Lee heard from nurses and home health care workers who called for support for essential workers, many who are people of color, and the need for more PPE.

Rep. Steven Horsford praised the state Department of Transportation's award of a $17 million construction contract to improve a 32-mile stretch of the U.S. Highway 95 in Nye County.

“This substantial investment in Rural Nevada’s community will increase travel and safety for commuters and improve their quality of life,” Horsford said in a release.

With no deal on pandemic aid, Rep. Mark Amodei came out in support of Trump's decision to issue four executive orders last week, including one that would provide an additional federal payment of $300 a week to those receiving unemployment insurance. Workers would get $400.

The state’s Department of Employment, Training and Rehabilitation (DETR) had said recently that it was analyzing the potential cost of participating in the program.

H.R. 7995 – To amend title 31, United States Code, to save Federal funds by authorizing changes to the composition of circulating coins, and for other purposes.