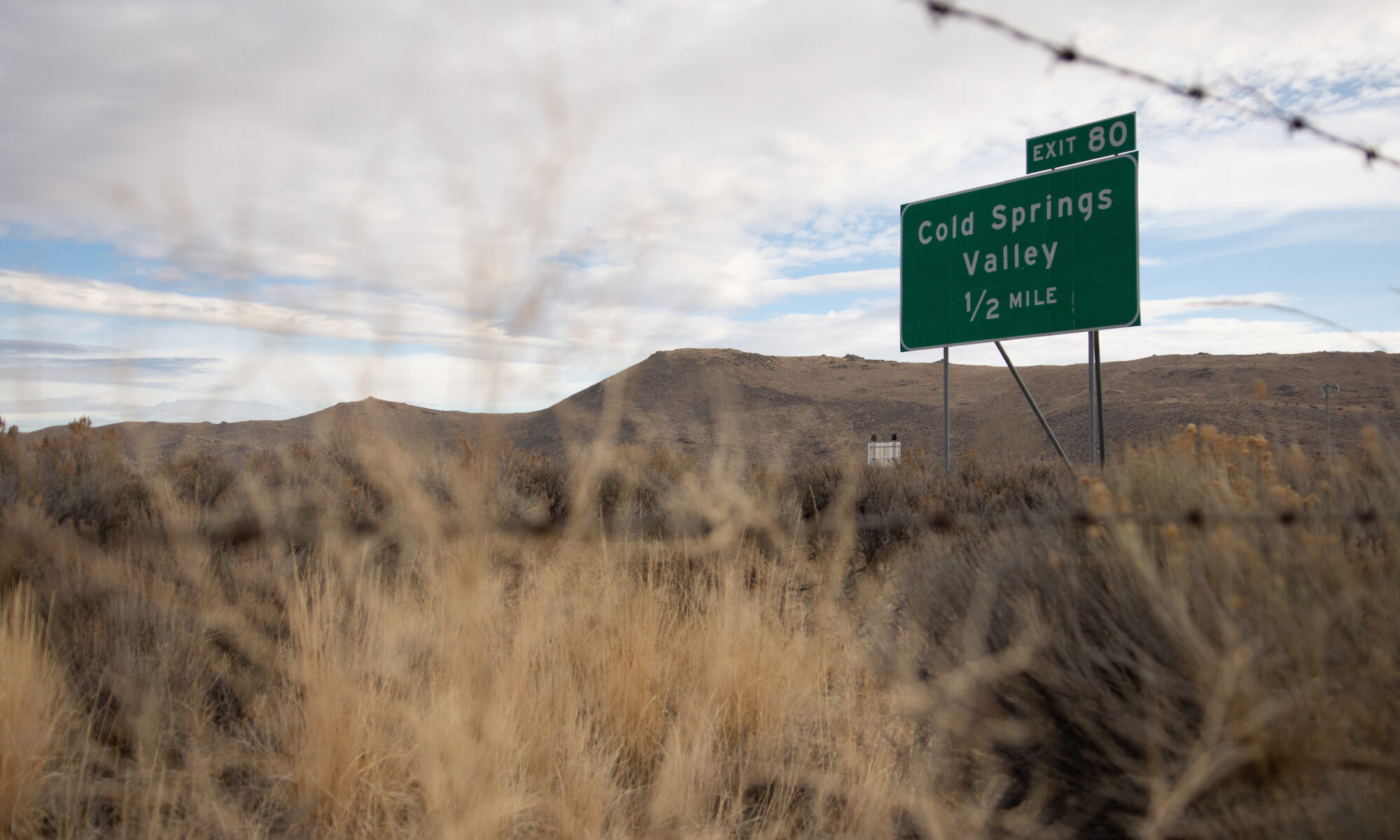 What’s going on north of Reno falls into the latter category. But it boils down to this: Developers are eyeing new homes where there is high demand, and state regulators want to take it slow.

In December, the Division of Water Resources ordered a temporary moratorium on subdivisions that tap into groundwater in the Cold Spring Basin, a valley near Reno that has seen significant housing growth in the past few decades. The goal of the order is to take a cautious approach to avoid a situation where more water is pumped than there is water available in the long-term.

That would mean 500 acre-feet going in and potentially 2,859 going out — at least on paper.

“We don’t want to be in a situation where we rush forward, we do approvals and then as it gets built out, we have a big problem,” said State Engineer Tim Wilson, who leads the Division of Water Resources. “It’s better to better to [study] it now and be proactive than it is to be reactive.”

Looking at that math, Wilson said, they want to take a step back before approving new homes that would rely on long-term groundwater pumping. Under the order, water users can submit hydrologic assessments, and the state could decide to hold a hearing on the issue next year.

Those reports will be worth watching. Some stories are more complicated than others.

Here’s one: Annual pumping already exceeds the 500 acre-foot threshold. In fact, about 1,300 acre-feet were pumped for quasi-municipal use in 2017. But water level data does not show a clear signal that the aquifer is being rapidly depleted. In part, that is because treated effluent is returned to the aquifer, Wilson said. It will be interesting to see how that issue is accounted for.

The most high-profile development in the area is Stonegate, a 5,000-unit project that was recently appealed to the Reno City Council. It is exempted from the temporary moratorium because it is using piped water, as the Reno Gazette Journal explains in its story.

But it also has its eyes on groundwater. In a separate proceeding, Stonegate could win about 1,100 acre-feet in claims tied to the historical use of water on the ranchland it seeks to develop. Depending on how the state rules, the issuance of those rights could add additional uncertainty.

Regardless of how it shakes out, the question remains the same: How much is too much?

Scaling solar: A massive solar project outside of Las Vegas inched one step closer to approval this week, as Bloomberg reported. On Monday, the U.S. Bureau of Land Management released a final environmental analysis for the Gemini Solar Project. The solar field is expected to span about 7,100 acres of federal land and send power to NV Energy. But some environmentalists have raised concerns about the project’s scope and siting. They note that clearing land for the arrays — and their construction — would fragment habitat for the desert tortoise and disrupt vegetation, even with proposed mitigation measures that would leave some of the landscape intact. Federal land managers received about 1,147 individual comments on the proposal.

After the silver rush: The Review-Journal did a fantastic historical project on Nevada’s missed opportunity to generate revenue with the nearly four million acres of land that Congress granted to the state as a way to build its education system. From the article: “Through a series of trades with the federal government, a desire to lure settlers and some shady dealings by state officials, much of that rich educational dowry — commonly known as school trust or school grant lands — is now gone.” Isn’t that a great hook? I can’t recommend this piece enough. Great reporting.

Test your home for radon, please: Radon is a serious issue. The EPA estimates that the naturally occurring radioactive gas is responsible for about 21,000 lung cancer deaths each year, more fatalities than health officials attribute to drunk driving and house fires combined. Because January is National Radon Action Month, UNR Extension’s Radon Education Program is handing out short-term test kits until Feb. 29. According to the program, one in four homes in Nevada have tested for radon that meet or exceed the EPA action level for the gas. The UNR program will be hosting presentations over the next few weeks. More information on that here.

ICYMI, a military compromise bill: Sen. Catherine Cortez Masto dropped legislation in late December that offers a counter-proposal to the Air Force’s request to expand its Southern Nevada testing range by about 300,000 acres, biting into the Desert National Wildlife Refuge. The bill has backing from the Nevada delegation. In short, it would allow the military to expand its 2.9 million acres range by about 98,000 acres, including 48,000 acres within the refuge. The bill carves out a significantly smaller amount of land than the military asked for. Environmental groups applauded the bill, but several groups said they still wanted legislation that did not allow the military to use any additional land in the refuge, the largest in the contiguous United States.

Update: This story was corrected at 12:27 p.m. on Thursday, Jan. 2 to indicate that the water Stonegate will receive is coming from Nevada, not California, as the original story suggested.