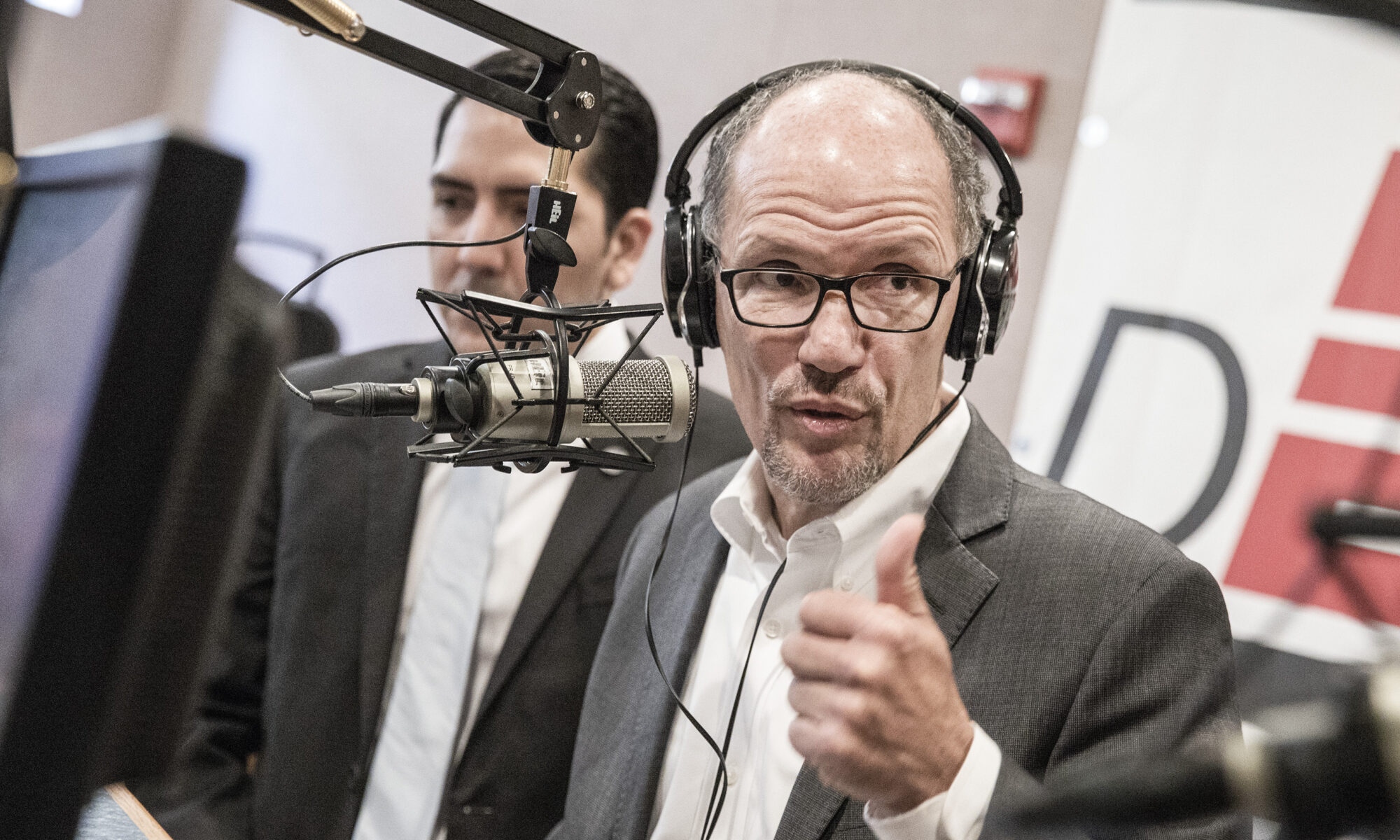 A few things are clear to Tom Perez, chair of the Democratic National Committee (DNC), during a period of time where uncertainty reigns: the unemployment system is inefficient, and President Donald Trump will make this campaign season difficult for the Democratic Party.

Nevada has the worst unemployment rate in the country. Since March, when the nonessential business shutdown began, applications for unemployment benefits have surpassed 800,000, a number equal to more than half the labor workforce in the state.

The delay could pose a problem for Democrats, with some of their leadership — including Gov. Steve Sisolak — taking heat for the crisis response from many who are still waiting for their unemployment benefits payments amid the pandemic crisis.

Additionally, state leaders have yet to announce how the upcoming general election in November will take place — whether vote by mail will be expanded, if more polling locations will be added or how the effort will be funded.

Perez, who was head of the Department of Labor that oversees unemployment programs during President Barack Obama’s tenure, shared his thoughts on the topics, including the efforts on behalf of the Democratic Party to mobilize Latino voters, in a Spanish interview with The Nevada Independent En Espanol. Questions and answers have been translated from Spanish and edited lightly for length and clarity.

A lot of people are angry at Gov. Steve Sisolak because a lot of people are still waiting on their unemployment checks. Even Harry Reid warned last weekend that Joe Biden should not take a Nevada victory for granted because of unrest about the unemployment situation. What can Democrats do to make sure this situation does not turn people against the party and its leadership?

The situation with the coronavirus is worsening and the unemployment situation is a crisis. Nevada has the highest rate of unemployment in the country. I’m frustrated because our president has failed since January, February, even since December. He ignored the warnings and that is why we are in the situation we are in today.

The highest rate in the country is what Gov. Sisolak is dealing with and it’s worse than the Great Depression 90 years ago and that is why the country needs leadership from Washington D.C. We need to extend the benefits past July 31 …

What solutions has the Democratic Party offered for these issues that have not been resolved?

Joe Biden and the Democrats have solutions. First, we need to listen to medical experts and other public health officials. Trump doesn’t want to listen to people like Dr. Fauci.

We need to understand that we need to use masks. It is not a political stance to use a mask but Donald Trump and governors in Texas, Arizona, Florida and Georgia, Republicans, all say that we don’t need to wear masks. It’s very important and it’s very easy to wear a mask to improve the situation. If we do not improve the coronavirus situation, we will not improve the employment situation.

Officials with the Nevada Department of Employment, Training and Rehabilitation (DETR) say much of the reason they are struggling to process claims is because Department of Labor eligibility rules are so strict. Do you think the DOL guidelines are appropriate for this emergency or need to be relaxed further?

Fraud is a big problem and there are many cases of fraud. It is also very important to ensure that the people who are eligible actually receive their benefits as soon as possible. That’s the challenge. And it is a difficult challenge because they have a historic number of applications.

During the Great Recession of 2008, 2009, in a typical week, the most applications we saw were about [600,000] applications nationwide. Now, there have been 16 consecutive weeks in which we’ve seen more than a million new applications. It’s the greatest challenge now and I’m frustrated that there are so many eligible people who are not receiving and that is why it is important states receive help from Washington D.C. but right now there is no help from the Department of Labor in Washington D.C. They are saying “good luck,” but nothing else.

We need to modernize our computer systems to ensure that we can process more applications more quickly.

Nevada officials have said that the reason for difficulties processing unemployment claims is that for many years, the federal government has been allocating less money to administer the program. Do you think the Department of Labor and yourself (as former Secretary of Labor) could have done things differently regarding preparing infrastructure for the state to tackle an emergency like the one we are living in?

We created a strong infrastructure but not an infrastructure for the numbers we have today. If there were 1,000 (applications) yesterday, there are 10,000 today. It is almost impossible to process applications right away when you have those numbers so we need to learn from this example. We need to modernize our systems. There’s no doubt about that.

Do you think we should replace this existing unemployment system with something completely different?

There are also many people in Las Vegas and Nevada that are losing their health insurance — there are funds in the HEROES Act to pay for that insurance. It’s very important we pass it.

There’s a lot of funds for states and local governments to create stronger systems to process applications, but if Republicans don’t do anything this month in the Senate, we won’t have it.

How do you think we should conduct our general election in Nevada? Do you think every active and inactive voter should receive ballots? Would you like to see more in-person polling locations to avoid the long lines we saw in the primary elections?

Mail-in voting is very simple, it’s very secure. States like Washington, Oregon, California, Arizona and Florida use a mail-in voting process. In Arizona, in the primary, this last month, about 80 percent of voters voted by mail. Donald Trump voted by mail. But he doesn’t want voters to vote by mail. Trump’s point about mail-in voting resulting in fraud is false.

Donald Trump can only win if our community does not vote. He wants the Latino community to have a fear of voting, that’s why they’re using tactics like ‘mail-in voting is very bad’ and we need to understand that in November, our vote is our voice.

It is very important for the state to ensure that all people, all voters, have the options to vote because we don’t know what the coronavirus situation will look like in November. That’s why we need to prepare for a worse situation and that’s why states are using mail-in voting and I hope every person that is eligible to vote can use the option they prefer.

How can Nevada fund the expanded election process while the state grapples with budget cut proposals, including reduced funding for elections?

In the HEROES Act there are $3.6 billion for states to fund a mail-in vote process. Michigan, for example, used the funds from the stimulus bill in February or March to send ballots and registration forms for ballots for every voter. So, we have the opportunity to pay for this program.

The price of our democracy is so important and it is a responsibility we have that every person can vote easily.