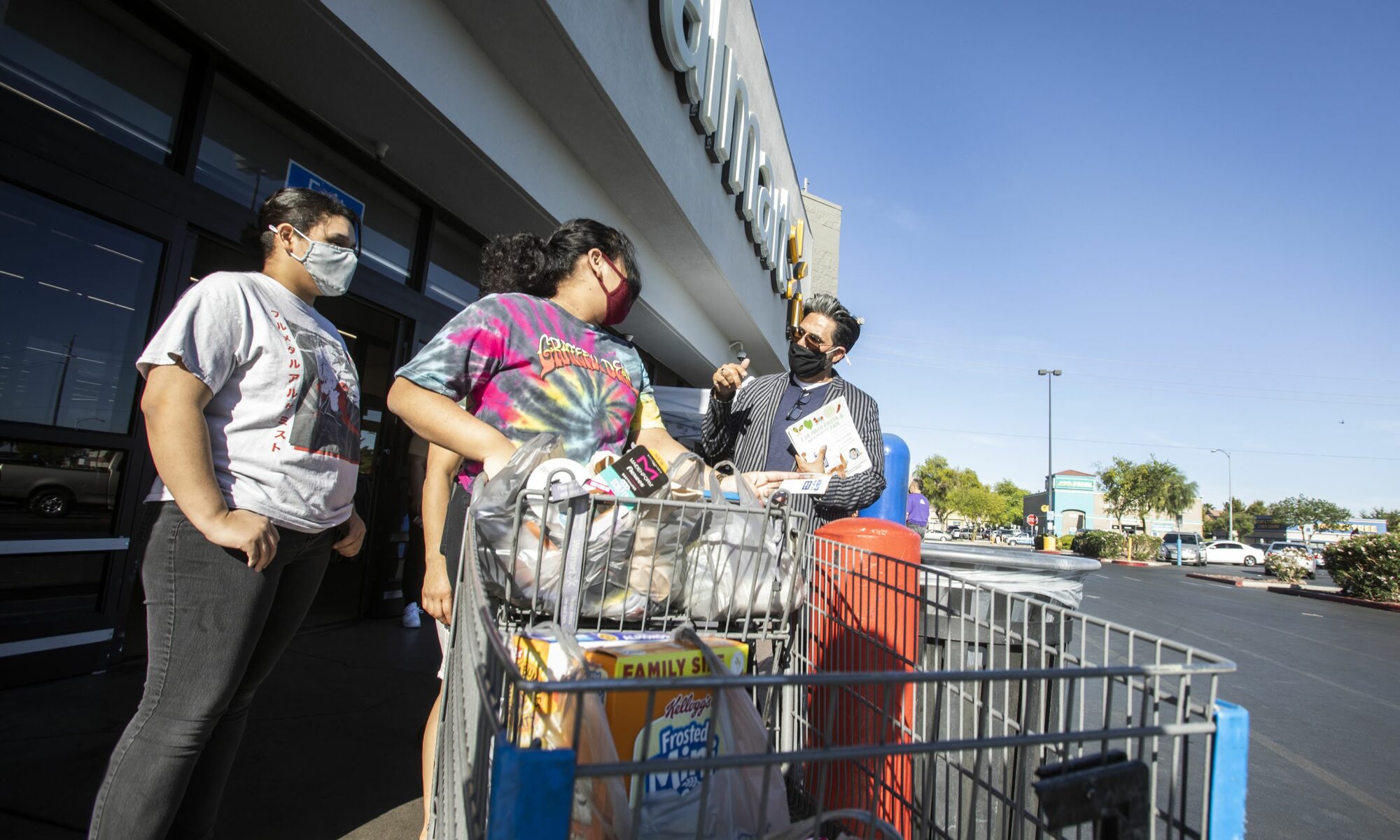 Latino participants in a focus group held during The Nevada Independent’s annual IndyFest conference had a wide range of opinions on the best way to address a crisis at the southern border, but said they wished politicians would talk about more than just immigration issues when reaching out to Hispanic voters.

The panel discussion on Saturday, moderated by Indy Editor Jon Ralston, included six participants who had been in the Las Vegas area for anywhere from five years to more than 50. While an analysis of exit polls and other research indicates Nevada Latinos voted for Joe Biden at about twice the rate they voted for Donald Trump last year, most members of the focus group indicated that they would be open to voting for a Republican if the right candidate came along.

“I think they need to widen their perspective and say that that static vote at one time was given to the Democrats, but we've got to now earn it instead of just expecting it,” said Rene, a longtime Las Vegas resident who works in risk management.

Members of the panel also said they would not automatically support a candidate simply on the basis that the candidate was Latino, and would weigh how much individual candidates were reaching out to Latino voters.

“It might bring more attention, but at the end of the day, we still look into it more than that,” said songwriter John Gomez, who noted that he resonated with Andrew Yang, the son of Taiwanese immigrants, more in the last cycle than with Julian Castro, who is of Mexican descent. “We see who we feel, you know? And that comes from the heart.”

Although The Nevada Independent’s recent statewide poll of voters of all races and party registrations showed a strong preference for the idea of ensuring police have the right tools to deter crime and catch criminals — instead of the idea that police forces need to reform to root out racism — several members of the Latino focus group highlighted their personal experiences with discrimination and a desire for more police accountability.

“As a Latino, if I ever come across a cop, I'm thinking in my head ‘I hope it's a cool cop,’” Gomez said. “And just that thought alone is kind of wrong.”

Julio, a 25-year-old caregiver, said he senses a superiority complex among police.

“They just see minorities and they feel empowered,” he said. “They just see us and we're like nobody to them. They’ve got that badge.”

Jose, who works in banquet services for casinos, said he felt authorities didn’t take action to help him when his phone was stolen last month because he has an accent. Rene said that while he felt profiled in his younger years, he sympathizes with the situations police are put in, especially when dealing with tourists.

“There's no respect. The guests have absolutely no respect for our community, they think that they can do whatever they want,” he said. “Police officers are put in a tough position to respond to this unruly behavior.”

On questions of immigration and how to deal with the latest influx of migrants gathered at the U.S.-Mexico border, participants had a wide range of viewpoints. Participant Rene, who was born and raised in Juarez, Mexico, said he wanted to put a freeze on immigration for six to nine months in response to a large number of Haitians seeking refuge.

“I think we just need to freeze it, step back, work on the DREAMers [immigrants brought to the country illegally as children] ... take care of what we have now and then once we sort that out ... slowly we can start opening up our borders,” he said. “Coming from another country, you wouldn’t want to hear somebody say that, but I think we need to pause for now and then take care of us first and then later see if we can help other people.”

Others pushed back, saying elected leaders needed to have compassion for the desperate situations many migrants are facing.

“If you're willing to risk your life and go through hell to get here, then you probably deserve to be here,” John Gomez. “That already shows the type of person you're going to be in terms of your diligence and hard work and just wants to really get ahead in your life.”

As for how Joe Biden is doing as president, participants — many of whom said they voted for Biden — gave responses including “50-50” and “the opposite word for exceeding expectations.” Those responses come as the statewide poll showed 62 percent of Nevadans have a negative view of Biden’s job performance, and 37 view it positively.

“I've seen him and I like what he does,” said participant Sally Romero, who works for an attorney. “But he just needs to push a little harder.”