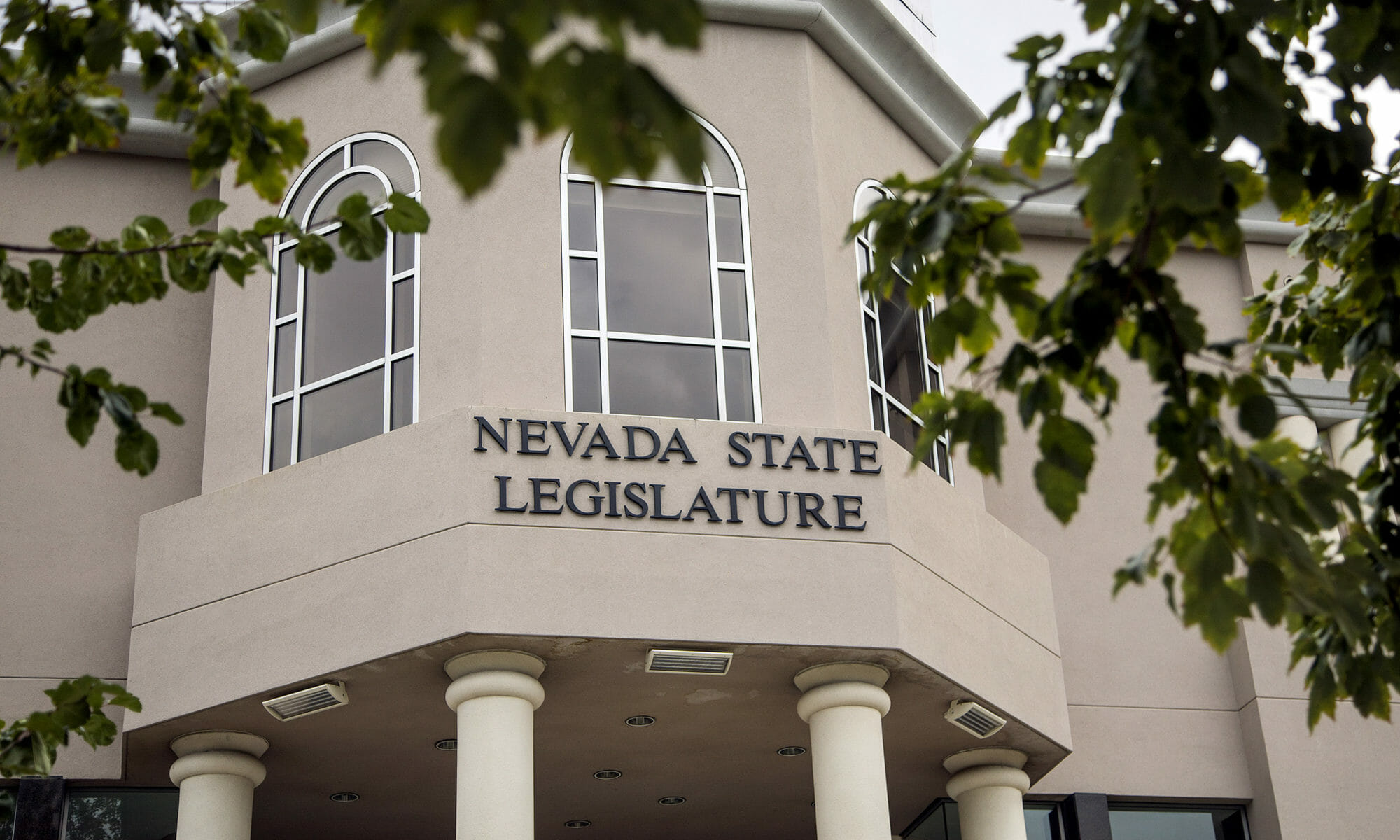 It wasn’t a political machine or influential office-holder that directed Dallas Harris to apply for and eventually be appointed to a seat in the Nevada state Senate.

“A friend of mine mentioned that ‘Oh, look, there’s an opening in Senate Districts 3 and 11.'” He posted the link for the application and mentioned he was thinking of applying. And I thought to myself, ‘Let me just click this link here,’” she said in an interview on the IndyMatters podcast. “I felt like this was the time to step forward, so I did.”

Harris, a Las Vegas native, was appointed last week by the Clark County Commission to fill the state Senate seat vacated by Aaron Ford, elected attorney general last month. Along with fellow new senator and former Assemblyman Chris Brooks, she’ll head to Carson City in February as part of a newly revitalized Democratic majority in the Legislature and a Democratic governor for the first time in nearly two decades.

Armed with an undergraduate and graduate degree from UNLV and a Juris Doctorate from George Washington University Law School, Harris spent two years as a fellow at a Washington, D.C. think tank before taking a job as an administrative attorney with the Public Utilities Commission, charged with regulating utilities.

She described her role as akin to a law clerk for a judge, helping Commissioner Ann Pongracz in managing dockets, drafting orders and communicating with parties. As a senator, Harris said she would be proud to bring the views of historically underrepresented demographic groups to the table.

“One of the things that I have always noticed is that there aren’t very many female, African-American, millennial lawyers in the Legislature across the country,” she said. “When you see that you kind of need a little bit of each and every one of those, and I represent that. I felt that this is a perspective that needs to be brought to the Legislature, and I hope that my youth is an asset.”

Heading into the Legislature, Harris said she’s discussed working on energy issues with other senators, but wants to prioritize K-12 education and economic development as well.

Harris said she believes education and economic growth go hand-in-hand and said she would like to see teacher pay increases and more school funding to help improve the state’s business climate. She said economic incentives like tax abatements should be more carefully measured and not lead to lost funding for schools.

“It’s a balance that you have to strike,” she said. “The cost-benefit analysis must be done. We obviously should not be giving away tax breaks that are larger than what we could expect to be returned in property taxes, in other taxes that eventually do flow back to education.”

On energy issues, Harris said she would like to see more clarity on whether companies moving to Nevada need to apply to “exit” NV Energy as a customer and pay a fee, similar to the cases involving the Raiders and MSG Sphere

“We should provide some clarification that if you are coming to Nevada and you have never been a customer of the power company, and you have met some other conditions, that the impact fee should not be so substantial,” she said.

Although she suggested that the state’s ratemaking process could be improved, Harris declined to give specifics given her employment with the PUC. But she said any changes to energy should be done in a context of ensuring that residential ratepayers aren’t unfairly charged.

The vast majority of Nevada Democrats either opposed or stayed out of the fight over the Energy Choice Initiative, which would have required the state to end its electric monopoly and move to a competitive retail market by 2023.

But Harris said she voted for the ballot question, which only garnered around 33 percent of the vote. Acknowledging its low chance of passage, she said she wanted to be “whimsical” with her ballot and that implementing a new market — while challenging — could possibly be rewarding.

“I had a sense that was probably where it was going to go,” she said. “But I like competition, and I think it is unbelievably difficult to do in the energy sector, but if done right could be good. The chances of doing it right were probably pretty small, I’ll give the No on 3 side that, but I just felt like having a little fun with my vote, so I voted yes on 3.”

Harris said she hadn’t been contacted about bringing similar legislation up during the 120-day session and believed the monopoly structure had some advantages in a complex and unique market such as energy.

She also said she voted in favor of Question 6, which would raise the state’s Renewable Portfolio Standard to 50 percent by 2030, and suggested she would support Senate Majority Leader Kelvin Atkinson’s plans to raise it even higher.

“Do I think 100 percent is where we should go?” she said. “Sure. That’s a great ideal for us to reach to. When that would be realistic, the work we would need to do is something I need to look into a bit more, but I see no reason we can’t shoot for perfection. That’s always the standard.”

Harris said she plans to begin looking for employment outside the PUC, in part because of the unsettled legal nature of executive branch employees serving in the Legislature. Although she is confident that she would prevail in any lawsuit, Harris said she didn’t necessarily want to invite the hassle or public scrutiny.

“I’ve never been sued before and I’m not looking to start now,” she said. “It’s a suit that I’m 100 percent sure in fact that we could win. And if I can find another job, then I will. If I cannot find another job, then I will continue to work in the position that I have, because of course I need a source of income just like everyone else. And I think that’s the proper balance.”

In the meantime, she said she plans to take unpaid leave throughout the 120-day legislative session. Although she was hesitant to suggest any potential detailed changes to the ratemaking structure overseen by the PUC, given her current and potentially future role with the agency, Harris noted that the structure of the part-time Legislature can lead to some “absurd” results.

“What a paradox, isn’t it? There are some who would suggest that this is a conflict of interest, but yet it is the expertise that I might bring to the Legislature,” she said. “So I think that is one of the unfortunate consequences of how our Legislature is set up.”