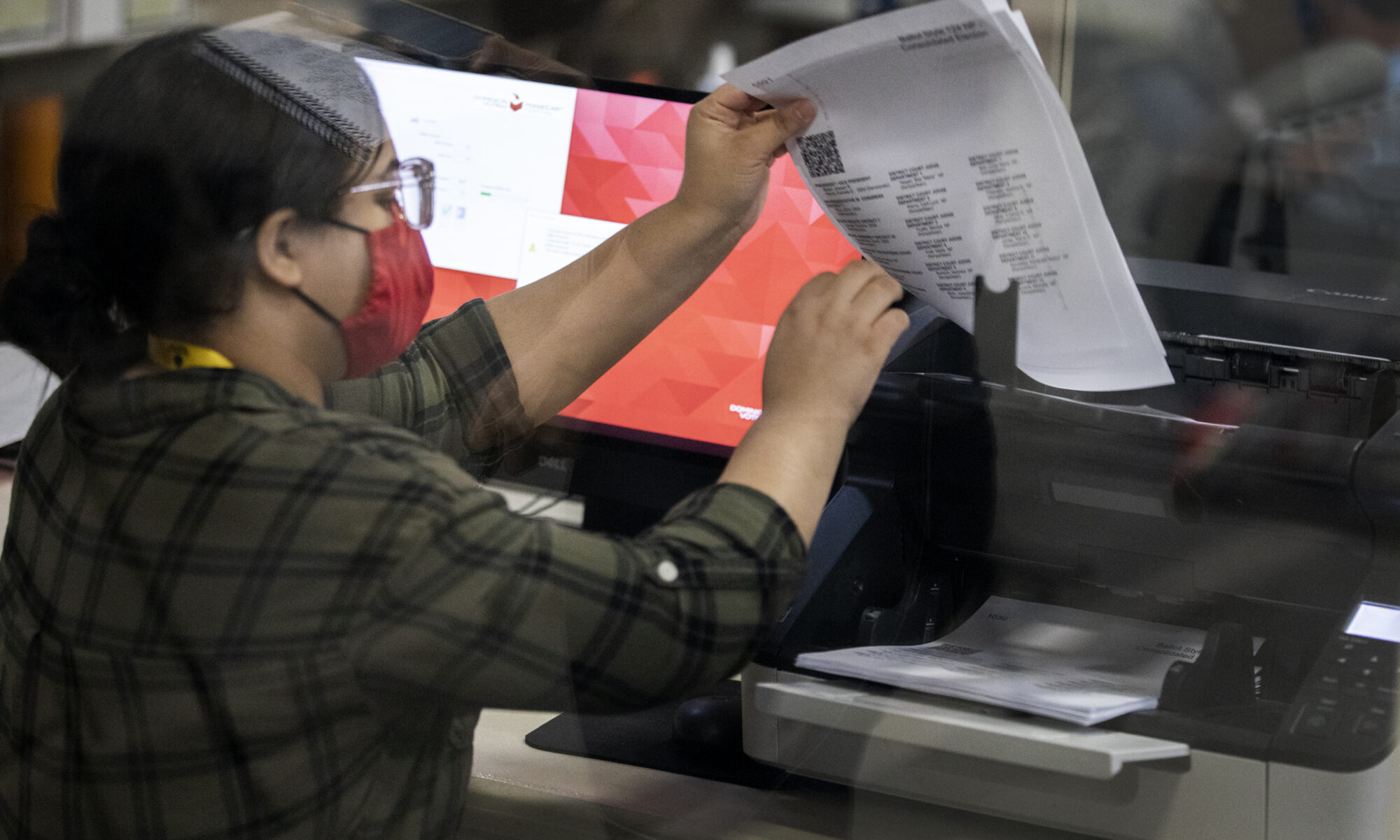 A Clark County District Court judge has rejected what she called a “shocking ask” to nullify Nevada’s election results and order a new election on scant evidence of voter fraud brought by a group tied to former U.S. Senate candidate and conservative activist Sharron Angle.

Judge Gloria Sturman rejected the request by Election Integrity Project and Angle after a lengthy hearing Friday afternoon, saying that the group’s claims of potential voter fraud fell far short of the required level of evidence needed for a judgment in their favor — throwing out a state law allowing mail-in ballots to be sent to all active registered voters, declaring the 2020 election null and ordering a new election to take place.

Sturman said she didn’t want to outright dismiss concerns that people may have fraudulently voted in the 2020 election, but said there were other remedies available and that ordering a new election days before the statewide certification of vote totals would create a “very serious harm to the public.”

“I'm not saying that there might not be problems, and your client might not have found really serious problems, and there is an administrative remedy for people who do this kind of thing. They should be investigated by the secretary of state, and they should be prosecuted if found to have done something illegal,” she said. “But the civil remedy of throwing out an election is just, to me, a shocking ask.”

An attorney for Angle, Joel Hansen, filed the complaint earlier this week over numerous voter fraud allegations the group said put the results of Nevada’s 2020 election in doubt. It’s one of at least seven post-election lawsuits filed by losing Republican candidates or groups in the state seeking a judicial-ordered re-do of the election process amid various claims of voter fraud, which have largely not been backed up with any concrete evidence.

Hansen said Friday that the group had identified at least 8,000 voters that it said have not cast a ballot since 2010 but appeared to have cast a ballot in this election cycle. Hansen said that those voters should have been moved to the “inactive” voter list (registered voters who do not have a current address on file with election officials) and should not have been mailed a ballot.

The Nevada secretary of state’s office has publicly stated that no voter is moved to the “inactive” list just for not voting in elections — that only happens when there is a change of address and the voter does not respond to election mail seeking a confirmation of their new address.

Hansen also said that the Election Integrity Project group had sent volunteers to some of those addresses to see whether the voters still resided there. He said that they confirmed at least 57 residences where the listed registered voter no longer resided, and were still reviewing reports of up to 140 additional potentially illegal votes.

He added that the group had also identified about 1,400 registered voters who had cast a ballot in the Nevada election but had registered to vote in California. Combined, he said that was evidence enough that fraudulent activity had taken place and a new election was warranted.

But Sturman said the plaintiffs jumped to conclusions regarding fraud and failed to provide evidence showing that any person had taken a mail ballot not meant for them and attempted to fraudulently use it to vote more than once.

“I don't want to sound cavalier, I mean, I don't know how else to put it,” she said. “So what? How does this affect the entire 1.4 million that counsel referenced, and now you want a do-over?”

The evidence presented was also scrutinized by attorney Abha Khanna — representing the Progressive Leadership Alliance of Nevada — who said the “paltry” evidence put forward did not meet the standard necessary for the drastic response of ordering a new election. Though Hansen said the group’s findings were a “representational sample,” Khanna said that its requests needed to be based on evidence before the court.

“This is, of course, a lawsuit. It’s not a movie trailer intended to keep audiences on the edge of their seats. If plaintiffs want relief right now, then they need to provide actual evidence right now.”

Khanna also stated that the lawsuit’s stated harm — that Angle and voters like her suffer from “dilution” of voting power when fraud occurs — has been rejected in courts around the country as insufficient.

But regardless of the vote dilution issue, Sturman said the potential harm to the public of throwing out all electoral results and ordering new elections had a more serious negative impact to the public than the potential that several hundred to several thousand votes may have been fraudulently cast.

Felicia Ellsworth, an attorney representing the Nevada State Democratic Party and Democratic National Committee, said that the plaintiffs provided “not a scintilla of evidence of any actual votes cast which should not have been” in their presentation, save for hearsay. She said even if some ballots were fraudulently cast, that would be a law enforcement action and not grounds to overturn the entire structure of the election law.

Sturman’s decision is the latest setback for Republican-driven efforts to request new elections in the state. Earlier Friday, Sturman ruled against congressional candidate Jim Marchant’s similar request for a new election over various alleged voter fraud claims, and an attorney for a losing state Assembly candidate agreed to withdraw his lawsuit and file a formal election contest with the Legislature.