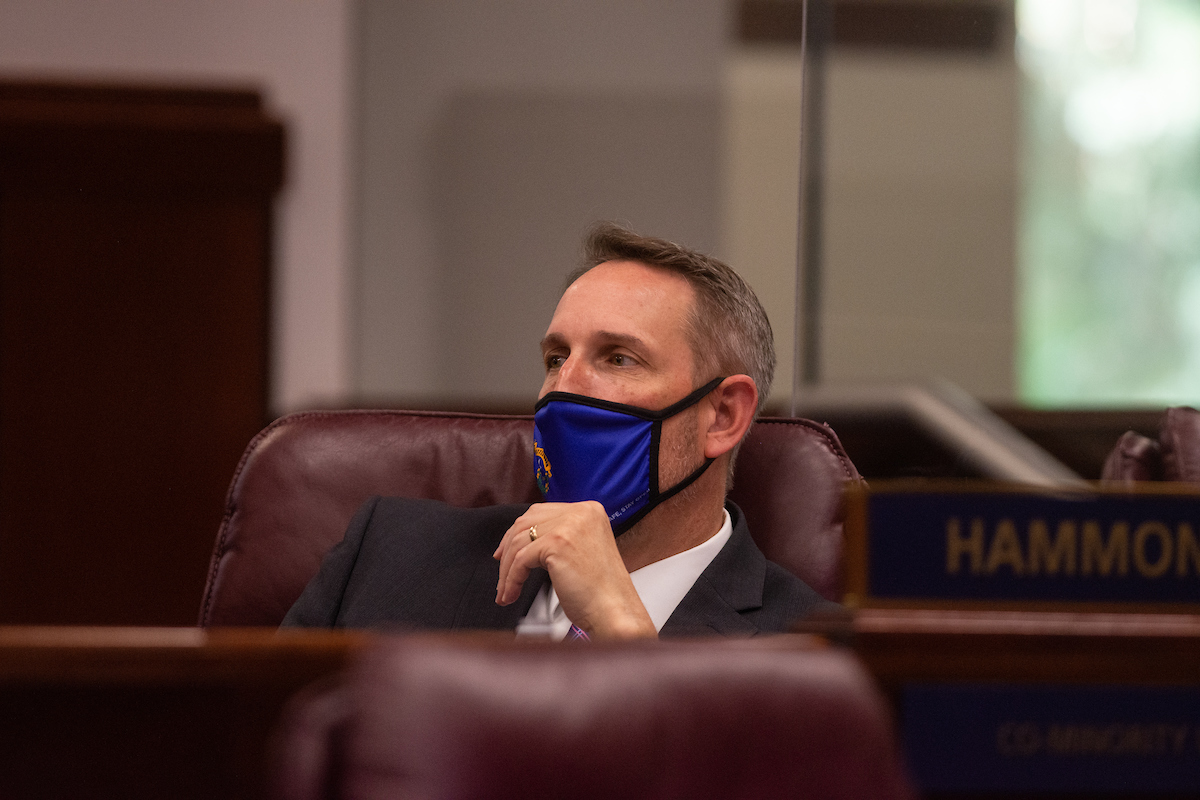 Denying organ transplants for people with intellectual and physical disabilities is considered illegal under the federal Americans with Disabilities Act (ADA), but disability rights advocates say a lack of enforcement means the law isn’t being fully followed throughout the United States.

Nevada lawmakers are looking to beef up that section of law this session — during an Assembly Health and Human Services Committee hearing last week, Sen. Scott Hammond (R-Las Vegas) presented his bill SB305 that would prohibit medical providers from denying access to organ transplants based on disability status.

"We are attempting to ensure people with disabilities, whether intellectual or cognitive, are not denied an organ transplant because of their disability," Hammond said.

The bill clarifies that doctors, insurance carriers, medical facilities and other health care providers are prohibited from denying access to necessary organ transplants based solely on an individual's disability. When evaluating candidates for transplant, medical providers would be required to consider the patient's ability to manage post-operative care independently and the supports available to help them. It also includes a fast-track procedure for challenging discrimination to ensure people in urgent need of an organ transplant can resolve their claims quickly.

Rachel Chesin, a disability rights advocate, co-presented the bill alongside Hammond and said that if her 22-month-old son, Caleb, ever became sick or needed a transplant, he might be denied because he has Down Syndrome.

"Every life is precious, and no one should be blocked from access to an organ transplant because of stereotypes about persons with disabilities," Chesin said. "We are not asking the state to do anything new. Discrimination in medical services is already illegal under the federal Americans with Disability Act. The problem is enforcement."

The ADA has no mechanism for enforcement, which makes preventing discrimination or giving people an effective way to confront discrimination challenging and almost impossible, she added.

Though the measure unanimously passed out of the Senate and received no opposition during public comment, Assemblyman David Orentlicher (D-Las Vegas) and other committee members asked if Hammond could expand protections within the bill.

Hammond said he would be open to adding language to his bill strengthening other ADA protections.

At least 19 states have passed similar laws banning organ transplant discrimination. Chesin said that most of those bills were proposed because someone with a disability faced unfair discrimination when they needed a life-saving transplant.

"It's my hope that we do not wait for a similar story here in Nevada," she said.

The committee took no action on the bill.