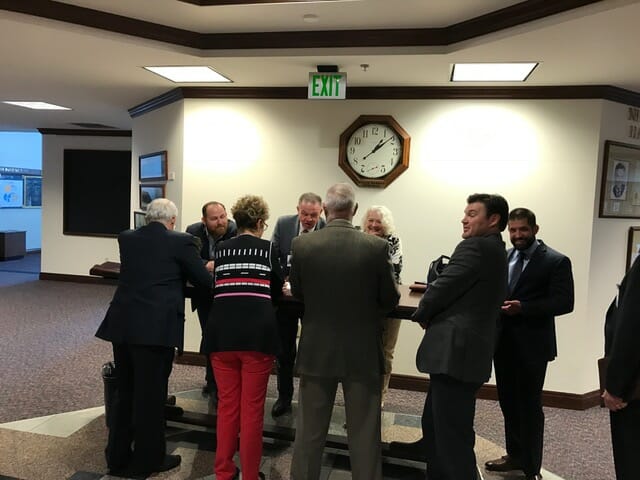 As Nevada unions partner with gaming companies and others on a new pharmaceutical price control and transparency measure, the recently retired head of the Nevada AFL-CIO has been retained by a national organization formed to burnish the industry’s image.

Danny Thompson confirmed he was retained last month by the Pharmaceutical Industry Labor-Management Association (PILMA). But Thompson, in separate interviews Monday with The Nevada Independent’s Megan Messerly and Tuesday with me, insisted he is not lobbying against Democratic Sen. Yvanna Cancela’s bill that would impose price controls on certain diabetes medications and require disclosure standards for pharmaceutical companies.

“I’m not a paid lobbyist,” Thompson told Messerly. He also told Messerly that he is not working on any bills for PILMA. The industry, as Messerly reported this week, has loaded up on lobbyists this session.

Thompson’s statement seems to be an attempt to parse the meaning of the word “lobbyist.” He told me Tuesday he has been hired by PILMA to “improve relationships” with unions and the industry. Some might call that lobbying.

Thompson’s hiring is viewed by advocates for Cancela’s bill as an attempt to soften the beaches during a session in which the rookie senator’s legislation and others could become templates for additional state legislation to rein in the industry.

On PILMA’s website, the group promotes the number of jobs the industry produces and how much it spends on developing new drugs. Even though the group technically does not lobby on issues, Thompson did not deny PILMA has an interest in Cancela’s bill.

“Of course,” he said when I asked him.

Thompson also is registered for the McMullen Strategic Group, which represents pharmaceutical clients. But Thompson told Messerly that he is lobbying with the McMullen folks on an unrelated issue.

Although Thompson acknowledged he has been in meetings where Cancela’s measure may have come up, the ex-labor leader insisted he has stayed out of the discussions, that he would never go against his labor brethren. No building sources have so far disputed this version of events.

Among others, the Laborers and Culinary are lobbying for the Cancela measure. So are major gaming companies. An initial hearing was packed.

Thompson did acknowledge that Cancela’s measure could be part of end-of-session negotiations and that he could become part of those discussions. At the end of our interview, he added how much respect he has for Cancela and said he advised her to take the appointment as state senator.