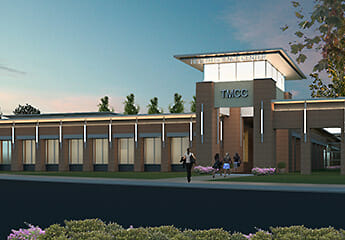 As my fellow Nevada economists have often noted, the bright news of Nevada’s headline unemployment rate (5.1 percent in Las Vegas and 4.2 percent in Reno) hides a disturbing trend. The broader measure of labor underutilization (the U-6 jobless rate) which includes workers going to work but doing so less than full-time for economic reasons is 12.2 percent.

If trying to downplay this very high number, one could try to dismiss it by saying that a lot of people just hop in and out of jobs and don’t really want to work full-time (i.e., that they are only marginally attached to the labor force and are happy to be so). However, annual average data just released (Jan. 27) from the Bureau of Labor Statistics (BLS) for 2016 show that Nevada truly has a disturbing workforce problem. When we endeavor to statistically separate those workers who are involuntary part-time from those people who are considered marginally attached to the labor force, the BLS says, “Nevada had the largest gap, +5.1 percentage points.”

More than any other state, it appears that Nevada needs economic development not only to grow in a traditional sense but also to pick up the slack for people who want to work full-time and are not. There is already almost universal agreement that a skilled workforce is a major underlying driver of attracting high-quality employers and creating new opportunities for economic development. There seems to be less agreement - or perhaps awareness - that we also need workforce training to address our dismal U-6 rate.

Nevada, of course, has a set of training programs and related activities for the unemployed through agencies such as the Nevada Department of Employment Training and Rehabilitation (DETR). An example is the 2015 fiscal year state allocation of $9 million plus for the Career Enhancement Program. Even so, the much discussed current “skill gap” in advanced manufacturing and other high-tech industry targets of the Governor’s Office of Economic Development (GOED) is becoming critical.

The in-demand occupations that will strategically align Nevada’s education and workforce revealed in the latest report by GOED and DETR are jobs with which our community colleges can play a critical role. Recently, for example, labor needs for Panasonic employees at the Tesla gigafactory began to be addressed through the Workforce Innovations for the New Agenda (WINN) Fund. The Nevada System of Higher Education (NSHE) can take pride in the role of Truckee Meadows Community College in that effort.

It is not enough, though. The time is now for the Legislature - with input from the skilled trades - to have a serious discussion with NSHE and the College of Southern Nevada about further prioritizing workforce development in the state’s community college system. I say "serious" because in my opinion, there is a tendency toward warm and fuzzy talk of ill-defined goals, along with chatter about our higher education institutions becoming “top tier” universities.

A NSHE budget refocus on two-year institutions and related programs is needed to provide opportunities for Nevada households and to enhance economic development. It will likely require the Legislature to oversee that effort at NSHE and demand accountability.

This op-ed is one of three on the Nevada economy published on Sunday, Feb. 5, 2017. The columns are Part One of a series we're calling THE INDY OUTLOOK and that will be written by a trio of Nevada economists.

Dr. Alan Schlottmann, Ph.D., the author of this op-ed, is a Professor of Economics at UNLV's Lee Business School. He also sits on the Regional Transportation Commission’s Transportation Resource Advisory Committee (TRAC).