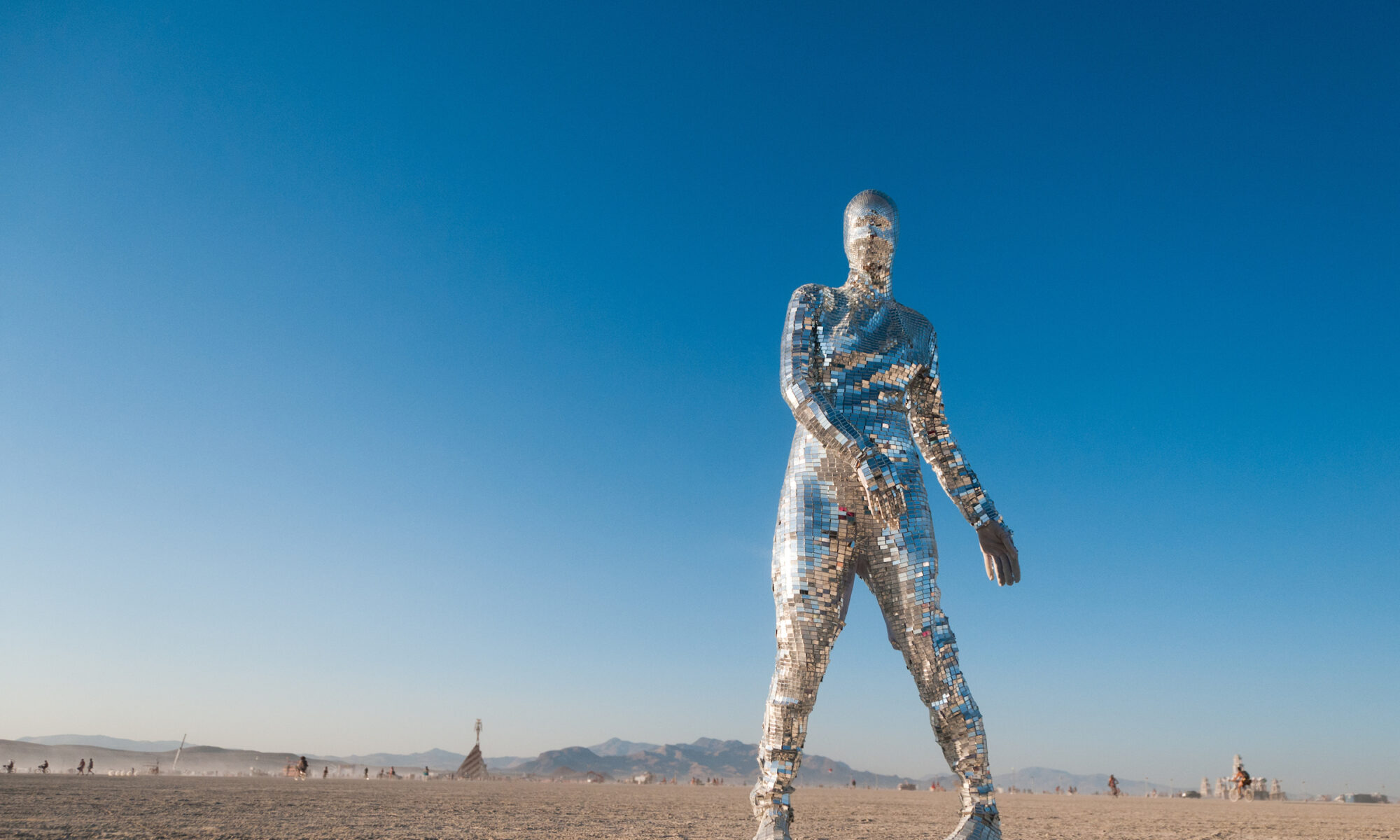 I love Burning Man. I mean, I’ve never been and am unlikely to ever actually go. I’m not nearly cool enough for the playa, and there are too many other things I’d choose to spend my time and money on instead.

But I love that some like-minded people had an idea to get other like-minded people together, and do something they thought would enrich their lives in some way. Now it’s an 80,000-person cultural phenomenon that adds tens of millions of dollars to our local economies every year. It produces art installations which beautify our public spaces long after the Man is burned, and enriches Reno’s cultural identity. The festival is ostentatiously silly in so many ways, but celebrating ostentatiousness while laughing at ourselves is so healthy, and so quintessentially American. It’s not my scene, but I’m glad that people who dig that sort of thing have a place to go do it.

Burning Man tells us a lot about the human condition, in ways that many burners probably don’t expect and many may not admit. All humans are capitalists in whatever ways their circumstances allow – the fact that markets rely on barter doesn’t mean they aren’t still markets, and people bringing goods and services to exchange for other goods and services is what makes us all mutually wealthy. The already-rich will exploit their own resources to add to their own comfort in any environment, and some small but not insignificant percentage of regulatory agents will abuse their power if they are not checked.

It also tells us that we are so ridiculously, gloriously well-off as a society that we literally create artificial hardships for ourselves for the thrill of it. At most points in human history, “radical self-reliance” and surviving in hostile environments without significant government infrastructure was called “Tuesday” – we evolved with the expectation of being stressed out, and as a species, don’t know what to do when we’re not under pressure. Most of our socio-political controversies these days also fall into the category of “making stuff up to be upset about because we have it so good,” but Burning Man may be the most concrete example of this weird and ultimately happy phenomenon.

Once Burning Man became part of the culture, it was inevitable that Americans would start simultaneously emulating and also pushing back against it, looking for alternative and cheaper festivals to go express themselves, and letting their glorious weirdness hang out.

And so it came to pass that thousands of people flocked to Southern Nevada to “storm” Area 51, confront one of our most secure and secretive military installations, see them aliens, and have a good time doing it. Most of them just went to Vegas to enjoy a concert and costumes, but a few dozen went to hang out in the desert and party it up without having to pay the exorbitant cost of a Burning Man ticket.

I love what this says about us, too. The healthy irreverence for powerful government institutions, and the sedate government response. (If Donald Trump was the dictator his more hysterical opponents secretly wish he were, those gathering near the base would have been shot and buried rather than shooed back to Rachel). The ability to laugh at ourselves. The fact that we look for excuses to party, and create them if we can’t readily find them. That a silly social media joke wound up making people both richer and happier as they went about their lives. That none of this economic activity required a “plan” from political candidates or elected officials, except to react to and support the privately launched events.

The fact of the matter is that a similar story happens in our country hundreds of times every day. Someone has an idea to make something, or sell something, or to perform a service for their fellow citizens – and then they just do it. They make some money, some customers are satisfied, and the wealth and happiness of our communities grows. Most of these entrepreneurs don’t have the alien liberation schtick or abject silliness to keep them in the headlines, so we don’t hear about them, but all of us benefit from them in one way or another every single day.

No government agency can plan such things, and no single bureaucrat can determine what millions of people want, need, or are willing to pay for. How lucky we are that, for now at least, we generally don’t let them try.

We are so fortunate to live in a state and in a country where we are free to be so creative and spontaneous, and allowed to profit from our ideas. May we always keep it so. Who knows – one of these days, exactly this sort of private entrepreneurial exuberance really will lead us to actually see some of them aliens...

Orrin Johnson has been writing and commenting on Nevada and national politics since 2007. He started with an independent blog, First Principles, and was a regular columnist for the Reno Gazette-Journal from 2015-2016. By day, he is a criminal defense attorney in Reno. Follow him on Twitter @orrinjohnson, or contact him at orrin@orrinjohnson.com