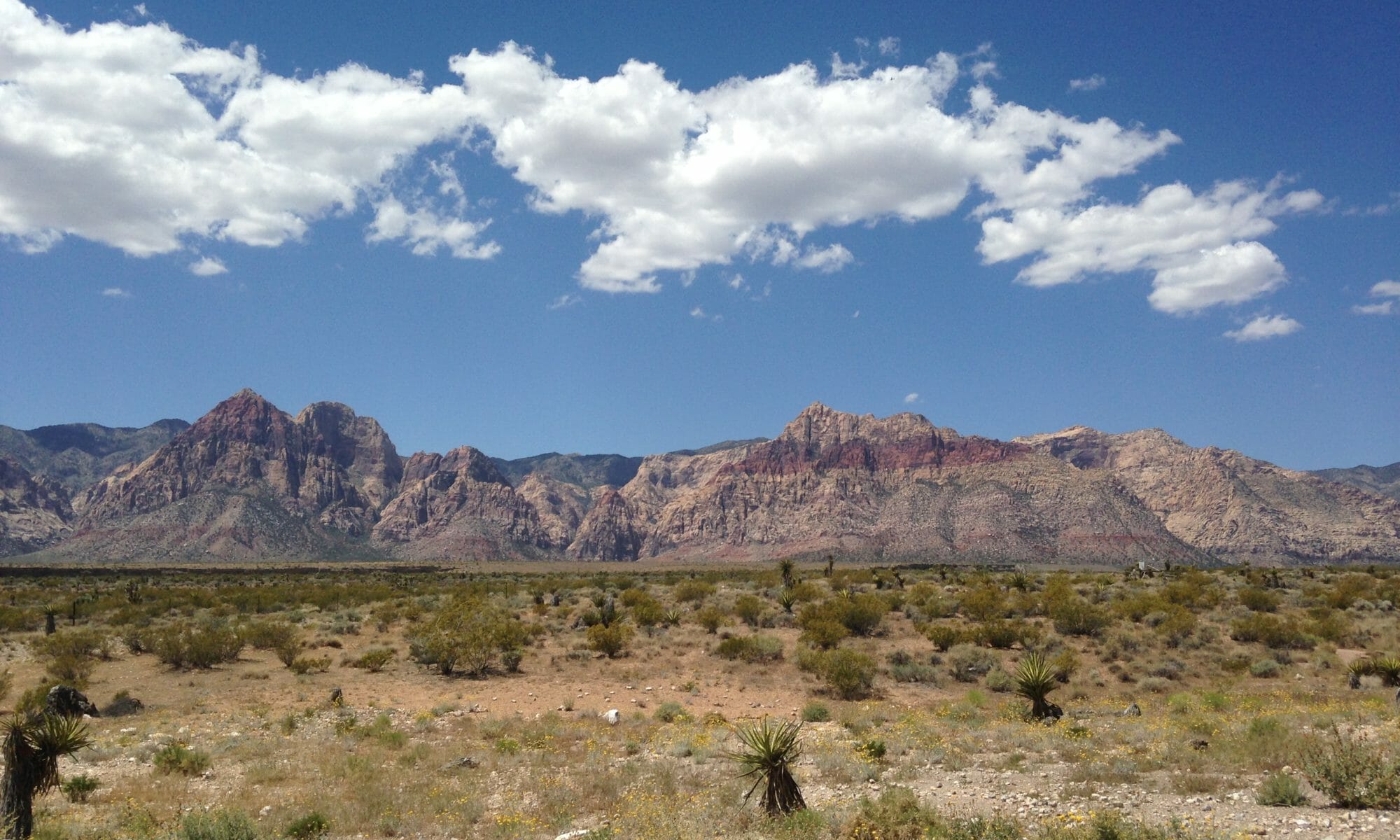 Growing up in the wide open expanses of Northern Nevada’s basin and range, my early life was characterized by freedom and in many ways, solitude. Freedom to explore the natural world and the solitude that can only be felt in sparsely populated regions. After moving to Europe when I was 16 for a foreign exchange program, I’ve spent the majority of the last six years here, and I am currently completing my bachelor’s degree in Italy. Although Europe has become home to me in many ways, I still feel a yearning for the jet black skies of Nevada painted with brilliant constellations, the smell of desert after a rain, and most of all, the emptiness. Being able to walk for miles and miles and not see another soul is the positive side of solitude. In this way, no matter where I am, part of Nevada will always be home for me.

The last few months have proven to be difficult ones for all of us, and many of us are facing a new type of solitude, one of social distancing. As COVID-19 swept across the world ignoring national borders, many people have had to give up liberties we assume to be unquestionable. We have seen drastic changes to our lives, and live with the uncertainty of what the future holds both in regards to the virus, the economy and geopolitical relations. Many have seen their jobs disappear before their eyes, while some (health care workers, supermarket employees and others) have begun to feel increasing pressure. In Italy, the entire country has been in a state of lockdown since March 9th, with increasingly strict regulations on everyday life. As of now, the economy here has all but shut down, except for necessary food and drugstores, and we are only allowed to leave our homes for shopping, caring for family members or work. These restrictions are now being implemented across the world in the attempt to slow the spread of the virus so that hospitals are not swamped as they have been in ​northern Italy​ and can continue to offer the necessary care for all those in need.

These actions mark a critical and pivotal moment in the story of Western democracy, specifically in the interconnected world of the 21st century. Never before has my generation—a generation that has grown up in the so-called globalized world of “time and space compression” (a term coined by David Harvey in his 1989 work ​The Condition of Postmodernity​ that implies a shrinking of the world due to technological progress) in which everything has become within our grasp—faced a situation where our individual liberties were curtailed for the good of the many. I speak, of course, only for those of my generation who have grown up as I have: privileged by my race, class and passport, to reap only the benefits and none of the shortcomings of a globalized world.

That is to say, finding myself suddenly in the situation where I am forbidden to move beyond the four walls that surround me, I have had to face for the first time the question of how highly I value the good of the many compared to my individual liberty. Not only is travel forbidden, but everything has closed. In the rare moments I leave my flat for food shopping I see deserted streets and piazzas, and the usually jovial Italians keep a wary distance from one another. The one meter safety distance between people in those shops that remain open is enforced (including for myself and my roommate, despite the irony that, sharing a living space with her, if either one of us contracts the virus, we both will).

As much as the restrictions may chafe—especially for a famously cavalier and rule-bending people as the Italians — most individuals around me seem to have understood the gravity of the situation. Whether this is from an understanding that these measures are meant for the good of all, or because of fear (I would like to believe the former especially amongst people my age who worry less about contracting the disease for their own sake than about spreading it to those who are more likely to be harmed by it), people are gracefully giving up their individual liberty for the interest of the nation. The University of Bologna has done an impressive job of setting up online classes for something around 95 percent of their entire program up until now with plans to be 100 percent active online by the 17th, and, with a few exceptions, actual studies are little disrupted. Of course, the inconvenience for those who are graduating is increased by the fact that all gatherings have been indefinitely postponed. More generally, people are finding ways to show their solidarity within one another. Across Italy, the streets come alive at night as people ​sing from their balconies, eliciting a feeling of unity at the same time that social distancing takes its toll on the psyches of 60 million Italians.

As a student of a liberal arts university, questions dealing with individual vs general liberty, ethics of means or ends, and civic responsibility, are ones we deal with on a regular basis, and I am happy to admit to being a staunch supporter of the belief that individual liberties should play second fiddle to the good of the community, nation, and planet—in theory. I am thinking particularly of the “harm principle” as articulated by John Stuart Mill in ​On Liberty​. In the first chapter, Mill describes how democratic self rule does not imply that each person rules themselves, but that each person rules all others: “The ‘self-government’ spoken of is not the government of each by himself, but of each by all the rest.” (Mill was not the most inclusive or forward-thinking of people, and so went with “man” not “person” but for sake of my argument I have been more general.)

This implies mutual responsibility in the actions of each person over all others and brings Mill to the harm principle, which roughly can be boiled down to the idea that the suspension of the liberty of any person can only be justly done to prevent harm to others: “…the only purpose for which power can be rightfully exercised over any member against his will, is to prevent harm to others. His own good, either physical or moral, is not a sufficient warrant…”  To end the chapter Mill speaks of the three essential liberties that must be present for a society to be free: the first liberty is that of the liberty of the individual in his thoughts and beliefs, the second is in his actions ​as long as they do not harm others,​ and third is the liberty of assemblage of different persons and their combined actions ​as long as they do not harm others​. Taken as a whole, Mill makes a case here which I think stands up well in our current circumstances. Although free movement is seen as one of our most fundamental liberties, it has begun to present harm to others and should thus be curtailed. Mill offers us a way to view this infringement of our individual liberty in a different light; one which shows that it is our responsibility to change our habits for the good of all.

However, it has been a long time since any remotely similar curtailment of rights was asked of us in Western democracies. These moral arguments become much harder to swallow in the face of actual curtailment of rights, and I will readily admit that my first, and indeed second instincts, were to flee from such measures, even while faced with the understanding that it is the wrong thing to do in such a situation, both because of the potential for spreading the disease and also because such an act would undermine the civic duty which has been asked of us. It becomes not only a practical question of the containment of the pathogen, but a question of ethics and responsibility. As Italian Prime Minister Conte rightly put it, “​We all must give something up for the good of Italy.​” But this is not something my generation has any real experience with. Too young to remember 9/11 properly, too naive in the ways of the world to understand the full ramifications of the Financial Crisis of 2008, we have grown up with the world at our fingertips and no real checks on the belief that we can do as we please, when we please.

We all, and I speak now of the wider world, have also grown blind to the ​fragilities of our interconnected system​. Just-in-time production — a system meant to increase efficiency by decreasing on hand inventory and instead relying on the supply chain to deliver necessary materials at exactly the needed moment — only works when people are not in quarantine, the stock market only functions with a reasonable amount of faith in the system, citizens only remain safe when their governments act responsibly.

COVID-19 provides us with an immediate threat to our way of life and our individual liberty on such a globalized scale; however, it does not represent anything wholly new. The crises brought on by global climate change pose the same existential threat but have somehow not managed to spark our concern even as their long term effects are likely to devastate our ways of life more than any single pandemic. This is in no way to mitigate the effects of the virus, only to bring to light that COVID-19 is eliciting actions in us that need to be considered more widely. Mr. Conte has gone farther than any other democratic leader to call his nation to heel—albeit at a point where the situation was already likely ​out of control​—a move which I believe was made rightly and which required a type of resolve which is likely to become more necessary in the years to come. Other countries are beginning to follow suit, but the questions remain; ​will it be enough​? And will people heed the call to action?

Too long have we, the privileged, taken for granted, and in some cases abused, the rights which have been granted to us. As terrible as it is, COVID-19 may be a wakeup call for those of us who have never had to experience “giving up something” for the good of our nation or our planet. It is time for us to face the reality of individual rights versus the good of our community. Because even after COVID-19, there are likely to be more such events—viruses, natural disasters and wars—which will mean blissful ignorance and the belief that all will be well with no modifications to our behavior, can no longer stand. ​And so from here in Siena, Italy I ask you all, my fellow Nevadans, to please Stay Home for Nevada.

Rebecca Singer was born in Reno and grew up at the edge of the desert near Yerington.  She is a junior at Bard College Berlin and is studying this semester at University of Bologna in Italy.