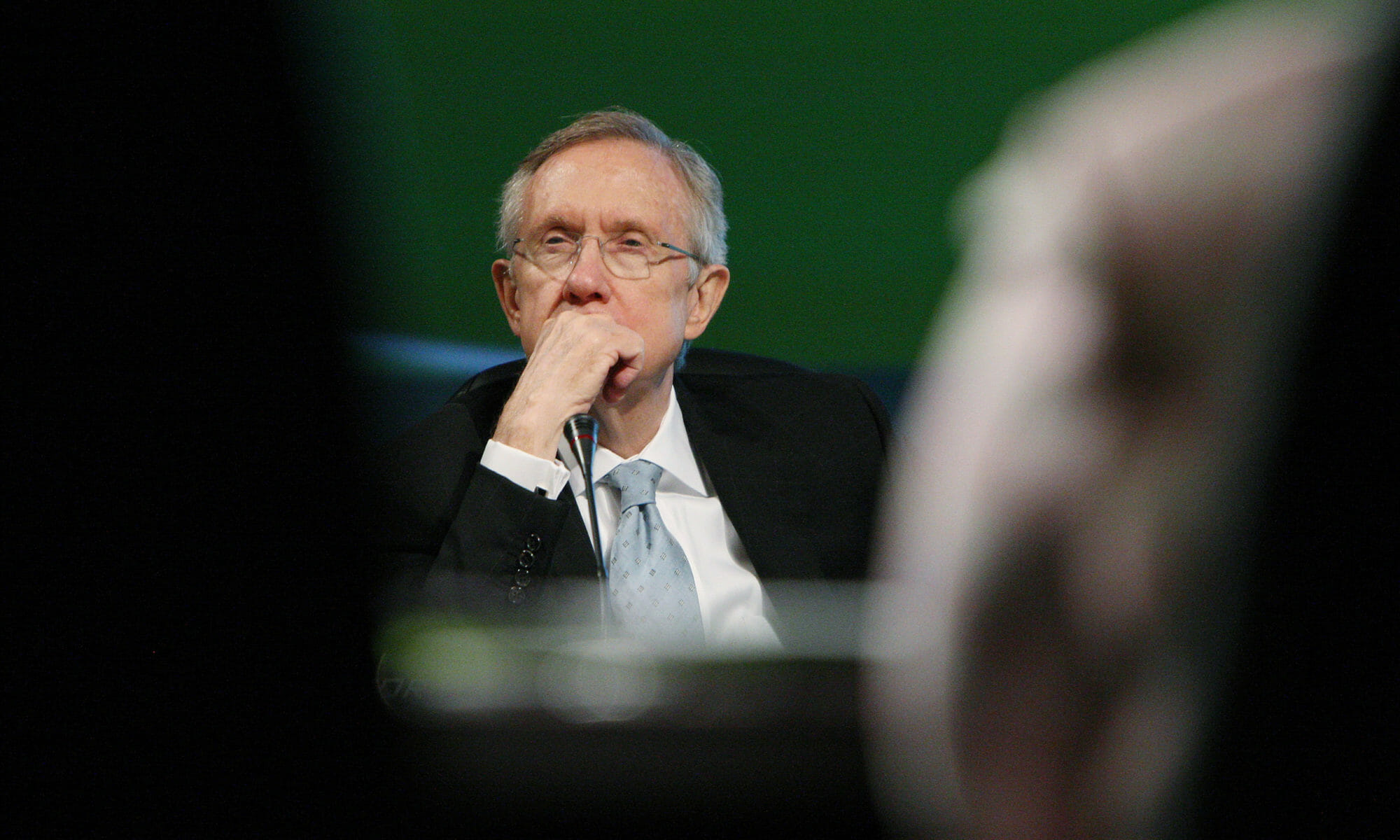 With cobwebs forming on The Reid Machine and Prince Harry waiting to start his post-elective life in earnest (“I’m a consultant not a lobbyist!”), Nevada Democrats will give a first signal of their new direction next weekend when they elect a new chairman.

The vote comes exactly a week after national Democrats on Saturday narrowly elected former Labor Secretary Tom Perez over Rep. Keith Ellison, widely seen as a victory of Establishment forces over Bernie Sanders backers. Even though Perez, a former Labor secretary endorsed by President Obama and who backed Hillary Clinton, entered the race after Ellison, a high-profile Sanders supporter, it wasn’t that simple. For instance, Harry Reid endorsed Ellison, who also was supported by the senator’s handpicked Nevada Democratic Chair Roberta Lange this weekend.

But brushes in politics are almost always broad, so the picture painted this weekend in Atlanta and next weekend in Las Vegas will be about the future of the party, the enduring Clinton/Sanders schism and the cosmetic signs of unity in the aftermath. All signs in the post-Reid era already point to a dismantling of The Machine Harry Built, with his staff deserting the party and no clear successor. So the party’s figurehead, usually not important nationally or locally, suddenly could be a harbinger of what’s to come in 2018 and beyond.

National Democrats have a few years to get well, and they have a great ally in the White House. But Nevada Democrats have only  a few months to gear up for an off-year in which all six constitutional offices are up, a U.S. Senate seat is at stake and a swing congressional district could swing back to the GOP.

Neither of the candidates for chairman is well known or experienced in the nitty gritty of Democratic politics. But the battle lines are clearly drawn, and not with a broad brush at all. And what’s at stake could not be clearer.

Freshman Assemblyman William McCurdy, who exudes earnestness, is backed by the elected elite and the remnants of The Reid Machine.  Owen Carver, a failed Assembly candidate and Sandersista, is supported by former Democratic National Committeewoman Erin Bilbray, who has been mindlessly tweeting  at elected officials to get them to change their support. If ever anyone would suffer from guilt by association, it is Carver, who may not be fully aware that Bilbray has burned more bridges than William Tecumseh Sherman.

(Douglas County Chairwoman Kimi Cole, among others, also is running and is well liked among the faithful. But the race is seen as a two-person contest.)

So just as the national contest was viewed as a proxy war between Clinton and Sanders, between the Establishment and the revolutionaries, so, too, is the Nevada race. If McCurdy wins, those who believe the party should be solely about winning elections will be happy. And considering the success the Democrats had here in 2016, sweeping everything, it’s understandable why some simply believe the right attitude is: If it ain’t broke, the fix is in.

Carver, a former Zappos “culture trainer” and techie, is running as the outside and actually accused McCurdy of being “compromised” by being an elected official. (I do think that elected types should not run for these positions because it hampers their effectiveness, but I think Carver meant something a little nastier.)

There is a tendency of insiders and pundits to overthink these elections, national or local. The DNC boss is not that important. And about 100 Nevadans out of the nearly 3 million could tell you who the chairman of either party is. Nobody pays attention to the platform, and the best use of a chairman’s time is to try to get the media to write or air bad stories about the other team.

I’ve been going to central committee meetings for 30 years and they mostly are places for socially awkward people to demonstrate how socially awkward they are, for amateur parliamentarians to demonstrate their command of Robert’s Rules and for those who believe in electing candidates to wonder what the hell they are doing there.

That’s why these contests can be so unpredictable and why elected endorsements can hold so little sway. But the election on Saturday is really about what the purpose of a party should be.

For those who think it is simple, the choice probably is, too. “I think most people just want the party to be successful again in '18,” said one party insider.

Unlike King Louis, my guess is Prince Harry is not so indifferent to what comes after he has departed. Is he really gone? Is he really not making calls and hanging up on people?

Reid certainly is not as present as he once was, and the hammer he once held over lobbyists, special interests and others is less sledge and more Styrofoam. He can help. He will meddle. But he is not the fundraising force he once was, nor can he be the candidate gatekeeper of yore.

The Democrats are pretty much on their own as they head into 2018 with no clear candidates for the top two races – governor and Senate – while the Republicans have two strong ones – Attorney General Adam Laxalt and Sen. Dean Heller. The Democrats still have a solid statewide voter registration edge – nearly 100,000 voters statewide – and have hopes that The Trump Effect will be an anchor and not a boon.

But with memories of the last off-year election in 2014 still fresh, a season in which the Democratic bench was decimated, many party leaders know they have their work cut out next year.

McCurdy is a fresh face supported by the powers that be who has big plans to restart The Reid Machine with a paint job and a new engine. He will not be able to turn the Democratic Party into the legalized money laundering operation run by Prince Harry. But he will have more access to money than anyone else running – and it’s not close.

Apres Harry, le deluge? The first sign of the floodwaters approaching or receding comes next weekend.

Jon Ralston is the editor of the The Nevada Independent. He has been a journalist in Nevada for more than 30 years. Contact him at ralston@thenvindy.com.