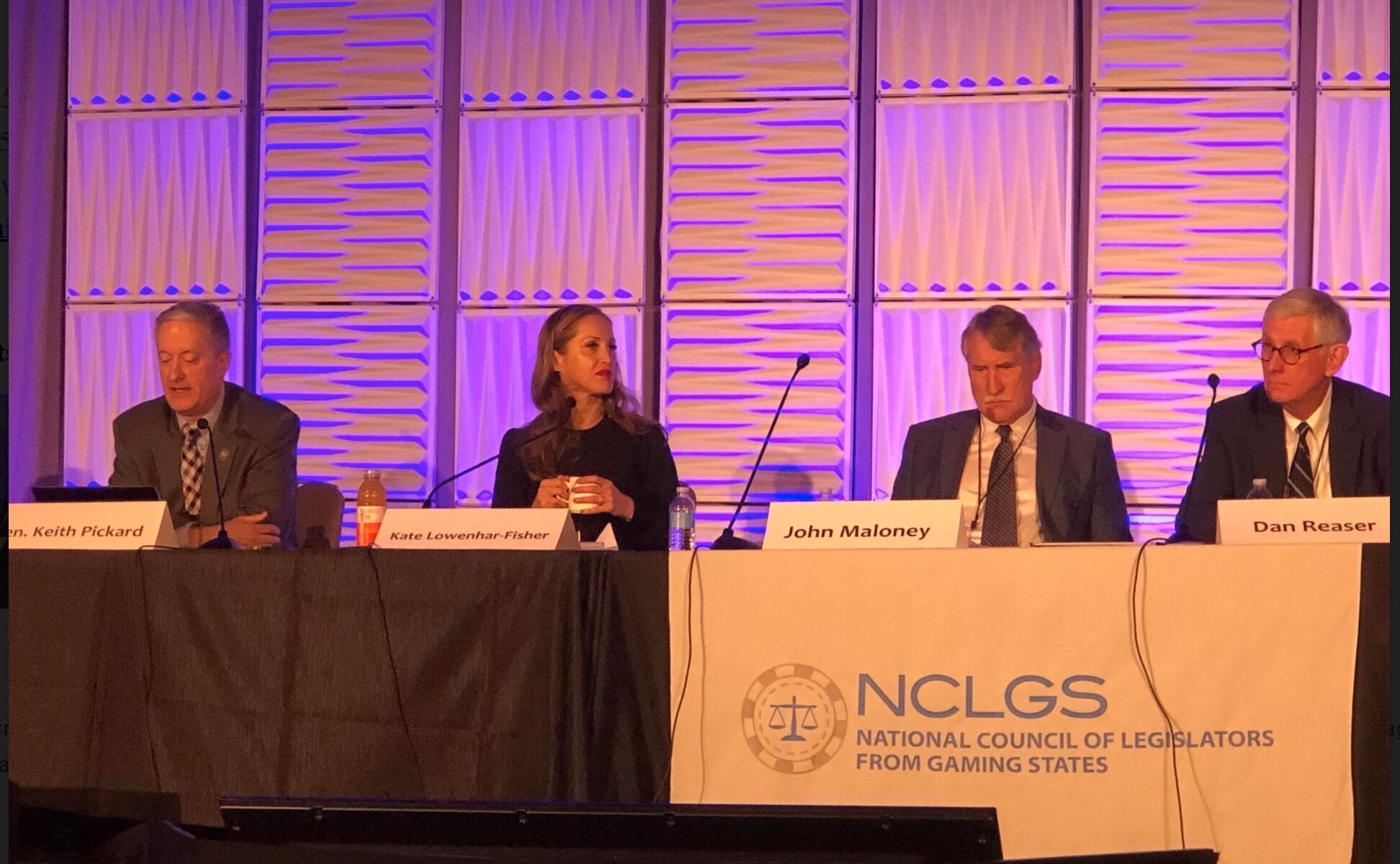 SAN DIEGO – At a weekend conference attended by state lawmakers seeking advice on aspects of casino expansion, a panel of Nevada gaming attorneys tried to tamp down visions of revenues flowing into tax coffers through legalized sports betting.

Statewide, casinos collected $31 million from sports betting during the month, a little more than 3 percent of the state’s overall gaming revenue figure of $937.4 million.

“You really have to give it some serious thought before taking on sports betting,” said Maloney, who is also licensed in California and represents tribal gaming interests. He pointed out that sports betting revenues amounted to roughly 5 percent of the total wagers placed by sportsbook customers – a single-month record of $614.1 million.

“If you’re treating sports betting as a taxing issue, you need to understand the other side of balance sheet,” Maloney. “Don’t just hand it off to some taxing agency and forget about it and bury your head in the sand. It’s a huge responsibility.”

Kate Lowenhar-Fisher, a gaming attorney with Dickinson Wright in Las Vegas, added the monthly revenues from sports betting can often be “meaningless,” and the activity is often viewed as amenity to bring customers into a property.

“We have history,” she said, since Nevada was the only state for decades offering “wide open” single game sports betting.

“The margins for sports betting are really, really small,” Lowenhar-Fisher said. “Make sure you’re not killing the industry before it gets off the ground by virtue of your taxing structures.”

Fourteen states now offer sports betting at casinos, racetracks and online, following the U.S. Supreme Court’s decision to toss out a federal ban on the activity in May 2018. Another half-dozen states and Washington, D.C. could launch sports betting this year, and a handful of states are considering legislation and ballot referendums governing the activity.

Since the ban was lifted, Americans have wagered $16 billion on sports legally in the past 19 months, according to the American Gaming Association.

However, Maloney, Lowenhar-Fisher and Reno-based Fennemore Craig gaming attorney Dan Reaser raised caution around the lofty figures and projections associated with the activity. They took part in an hour-long discussion on sports betting Saturday during the National Council of Legislators from Gaming States (NCLGS) winter meeting at the Marriott Marquis San Diego Marina.

More than 40 legislators from 20 states attended the conference, along with some 200 gaming operators, suppliers, sports executives, attorneys, analysts, regulators, public officials, and others with a stake in legalized gambling.

Former Gov. Brian Sandoval, now a development executive with MGM Resorts International, participated in a panel Sunday on gaming investment. He told the legislators from around the country his main focus has been on MGM’s efforts to land a casino license in Osaka, Japan. But he has also visited Ohio, Michigan, New York, and Massachusetts, where MGM has current operations and is looking to add sports betting.

Reaser said there is room for growth in the U.S. sports betting market, including California and Florida, where it has yet to be legalized. A coalition of tribes in California have proposed a sports betting ballot referendum that would allow the activity at Indian casinos and racetracks but would prohibit mobile sports wagering and betting on games involving California schools and universities.

However, Reaser cautioned lawmakers not to be too quick to jump into sports betting without first weighing the reasons for legalizing the activity. The various rules and regulations need to be prioritized and states should do what is best for their particular markets.

Both Reaser and Maloney touted mobile sports wagering, which is now legal in nine states, including Nevada. A Gaming Control Board spokesman told CDC Gaming Reports last week the state hopes to provide a breakdown of “mobile versus retail” sports wagering totals beginning with January 2020’s revenue numbers, which will be released at the end of February.

Reaser suggested all states allow mobile sports wagering, including remote registration, where a customer can register an account with a licensed operator online. However, patrons would at least have to “show their face” at a casino at least once, “so the casino can verify the person’s identity.”

Nevada companies have benefited from the expansion of sports betting.

Maloney said the U.S. sports betting market is still far behind its European counterparts. He said a speech he gave at the International Masters of Gaming Law Conference in September in Munich, pointed out that status.

“I said ‘don’t worry about the U.S. market, because we’re still not even crawling. We’re still in its infancy.’ But great things will happen,” Maloney said.

Howard Stutz is a freelance gaming reporter for The Nevada Independent and the executive editor of CDC Gaming Reports. He has been a Nevada journalist for 30 years. He can be reached at howardmstutz@gmail.com. On Twitter: @howardstutz