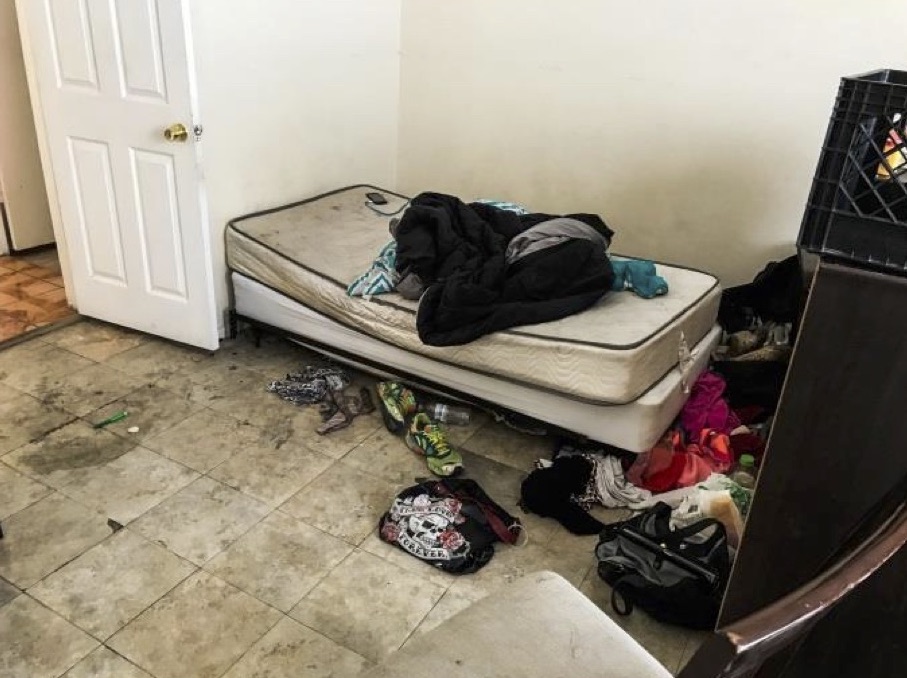 Those are just some of the conditions legislative auditors found in their inspections of community homes where the most vulnerable Nevadans struggling with mental health issues live. Auditors concluded that the home-based care model — meant to provide patients an independent-living experience with monitoring, support and behavioral skills training instead of being shut away in an institution — encourages providers to “limit their level of care to maximize profits at the detriment of client services” when the proper checks aren’t in place.

Lawmakers were angry, frustrated and upset at a Wednesday meeting where legislative auditors presented a 69-page report on the squalid living conditions they identified in their inspections of 37 of the 105 community-based living arrangement homes in Nevada. But they were also incredulous at how these conditions existed — and continued to exist in the wake of a Reno Gazette-Journal story detailing essentially identical conditions nearly two years ago — without them knowing.

“The fact that we had mentally ill people living in these conditions and we didn’t know is beyond the pale,” said Assemblywoman Maggie Carlton, D-Las Vegas.

Auditors, who took more than 2,000 pictures during their inspections, found filthy conditions in 34 homes, mold and mildew in 22, rodent and insect infestations in 13, evidence of human waste in 11, strong and unpleasant odors inside the home in eight, and untreated blood stains in two. They found 31 homes with no disaster response plan, 29 with no emergency kit, 24 with expired, spoiled or improperly stored food, six with broken door knobs and locks, and three with broken and exposed glass.

In all but one of the homes, they found what they described as “bleak” and ”depressing” living conditions: inadequate lighting, water damage, insufficient bedding, lack of furniture, holes in walls or floors and leaking or clogged plumbing.

One woman, who lived in a bedroom with no lights and only one light bulb in the bathroom, told auditors that she told her provider “weeks ago” about the lack of lighting and that she “can’t live like this anymore.” A man told auditors he was “sick of roaches.” Another woman, whose bed was a sofa chair and ottoman, said she had complained but “nothing was done.”

“This is failure,” Sen. Ben Kieckhefer, R-Reno said. “Taxpayers are basically playing slumlords to warehouse people with mental illness in filthy or unsafe conditions that I would never want a relative living in.”

Lawmakers had tough questions for Amy Roukie, administrator of the state Division of Public and Behavioral Health, which oversees the homes.

“We can always look backwards and place blame but going forward, how do we fix this? This is disgusting, and it must be fixed,” said Assemblyman Jim Wheeler, R-Gardnerville. “You’re the person in charge. Where do you go from here? How do you fix this? How do we move on? Where are we going?”

Roukie, who took over as division administrator in July, told lawmakers that the division is working “diligently” to improve the homes, saying that the audit’s findings were “in many cases as shocking to us as they were to the committee.” But she also acknowledged that the division doesn’t know how long the problem has been going on.

“I can’t speak to the fact that it’s intentionally been a secret or that we have allowed our standards to be lowered by the desperate need we have to place clients,” Roukie said. “Again neither of those are adequate responses, however I think it’s been going on far too long. Any time in this status is far too long.”

The so-called community-based living arrangement (CBLA) homes, which house on-average about four clients each, operate under both the Northern Nevada Adult Mental Health Services and the Southern Nevada Adult Mental Health Services, agencies overseen by the Division of Public and Behavioral Health’s Clinical Services Branch. The state pays an average of $1,450 per month to place Nevadans with mental health needs in these community homes, covering the cost of rent, utilities and staff service hours for supervision and assistance with activities, daily living and behavioral management.

Both the Northern and Southern Nevada agencies have policies and procedures requiring operators of such community homes to be certified, overseen and monitored by state employees. However, the auditors called the implementation of these policies “inadequate.”

“When home inspections are not performed properly, deficiencies go undocumented, corrective action is not taken, and unsafe and unhealthy conditions may continue and proliferate,” the report concluded.

For instance, agency staff had inspected 12 of the 37 homes within five days of the auditors’ inspections and did not document most of the problems auditors saw. The auditors said they identified 140 items that did not comply with the agencies’ inspection checklist, where agency staff only found 28 problems.

Auditors also found that reviews and assessments required for certifying providers were not performed for most of the 20 homes they tested and were untimely by up to five years for others. Asked why providers had not undergone the recertification process in a timely manner, the Division of Public and Behavioral Health staff told auditors that providers were having difficulty meeting certain certification standards laid out in 2014 and were waiting the development of new regulations.

“We are working with providers to ensure their compliance,” Roukie told lawmakers. “We shouldn’t be paying them if they’re not compliant.”

But Roukie also placed some of the blame on the providers, who she said had held the division “hostage” since the division relies on them to house those with mental health issues. Still, she acknowledged that it doesn’t excuse the behavior.

“We will close these provider homes if in fact they can’t comply,” Roukie said. “This is unacceptable.”

Seven of the 37 homes inspected weren’t certified at all, operated by an organization separate from Southern Nevada Adult Mental Health Services. Auditors found twice as many deficiencies at those homes, which weren’t regularly inspected by the agency.

A new law passed in 2017 requires all community home providers to be certified and mandates that the division establish regulations for certifying providers, and Roukie noted that the division has also created quality assurance teams in Northern and Southern Nevada responsible for the oversight and reporting of these issues and is inspecting homes on a monthly basis.

Auditors identified other problems too. During one inspection, auditors found a mentally ill client providing childcare to a three-year-old — who was “running around in a filthy home in his underwear and being loosely supervised” — while the mother worked another full-time job outside of the home.

“A female client identified herself as the babysitter and indicated the mother was the live-in caregiver at the home, but worked another job during the day,” the report said.

Auditors also found that for 11 of 20 homes inspected in Southern Nevada, the caregiver spoke little to no English, the language of the clients living at the home. In one home, auditors said a caregiver had recently had surgery and could not leave the bed and a friend who was visiting the caregiver had to translate the conversation.

“When we questioned a provider later as to how caregivers could adequately provide for clients’ needs if they could not communicate with them, this provider indicated the employees we spoke with were housekeepers or handymen, but not the caregivers,” the report said. “However, this explanation does not agree with our observations and discussions during the site visits with this provider and its staff.”

They also raised concerns about “potentially oppressive working conditions” that circumvent labor laws for caregivers employed in the homes. However, auditors said they decided to just address client and welfare safety in their first report so it could be issued sooner, and will focus on labor laws and payroll practices in future audits that are already in progress.

Sandoval, in a statement Wednesday, said his office is reviewing the legislative audit and that he has called for an emergency action plan to be on his desk by next Monday. He said that it was his understanding that all the homes had been visited by state experts immediately after reports of poor living conditions surfaced more than a year ago and noted that a bill passed last session requiring the Department of Health and Human Services to certify each provider by October 1 has not been enforced, which he said is “unacceptable.”

“I am incredibly disappointed with the Department of Health and Human Services and disturbed that an issue we had made a priority has not been addressed by the Department,” Sandoval said. “The men and women living in these homes are Nevadans and part of a vulnerable population and the State can and will do better to ensure they have the opportunity to live healthy and happy lives.”

Auditors put forward seven recommendations for the division to implement, including developing policies and procedures for regular inspections, implementing a standardized process to document and track corrective items and developing a sanctions process. Though the division has committed to implementing all of them, lawmakers still had questions about what happens next.

“I want to know what we’re going to do with these people who have turned out mentally ill people into a profit center,” Carlton said. “This shows to me that privatization sucks.”

Wheeler asked if there was any way to impose criminal penalties on those who had profited off of keeping those with mental health issues in squalor.

“I wouldn’t put my dog in these conditions,” Wheeler said.

At the end of the meeting, Kieckhefer asked Roukie if she could assure lawmakers that no one is living in those conditions anymore.

“I can tell you that those conditions are greatly improved,” Roukie said. “I cannot tell you 100 percent that there aren’t conditions like that that exist. And those provider homes that we don’t certify, that’s where our issue is and that’s where we’re going to ensure they become certified.”