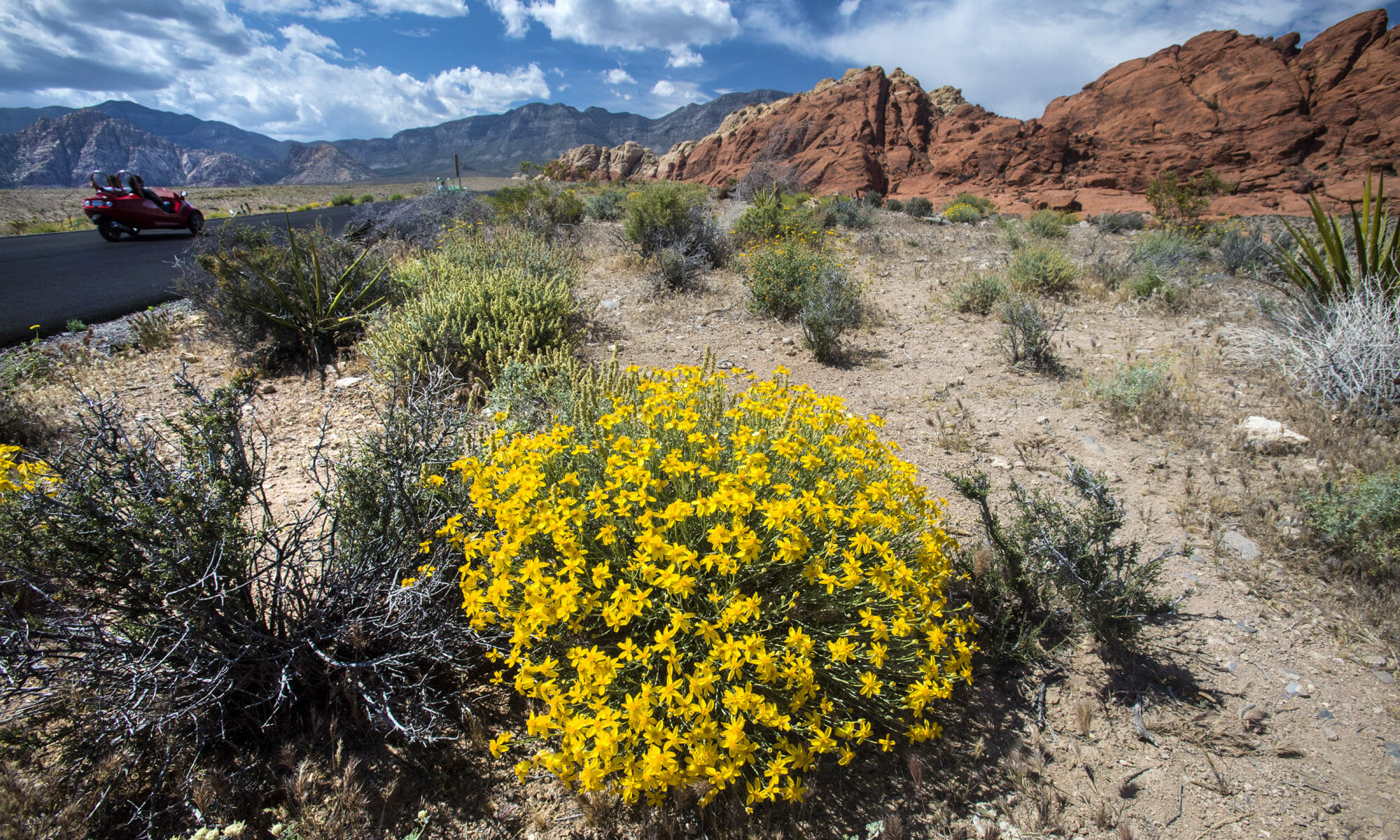 Nearly 85 percent of Nevada is owned by the federal government. But what does that mean? Pyotr Kropotkin’s The Conquest of Bread describes common ownership as “the chief instrument of production, the land, and the apportionment of the same according to the labour capacities of the different families.” That, however, does not describe the federal government’s iron-fisted rule over public lands, where labor capacities and productivity that benefits the community have very little to do with how they are disposed.

Nevada, for example, generates no nuclear power, yet remains a consistent destination for nuclear waste — “waste,” incidentally, that every other nuclear-powered country on the planet has the good sense to recycle and use via nuclear reprocessing. Similarly, there is nothing productive about air bombing ever-larger chunks of the state, as the Navy promises to do in the near future, especially on lands well-suited for geothermal and solar power, and yet that seems to be where we are heading.

Nevadans were reminded of our place recently when Nevada accused the Department of Energy of acting in bad faith and possibly shipping plutonium to the Nevada desert. Additionally, the Trump administration tried to “help” big business in its inimitably incompetent way by rolling back sage grouse mitigation rules. Those of us not living in the Trump bubble know that if the sage grouse is ever listed as an endangered species, activity in that part of rural Nevada — including the fun stuff, like hiking, hunting, and off-roading — would come to an immediate and total halt. That’s why Nevada fought hard to introduce rules to prevent the sage grouse from being listed as an endangered species: we want to use our land as we see fit.

An intrepid opinion columnist with libertarian leanings could write a few thousand words (or so) about how our federal bureaucracy is so incomprehensibly cumbersome that relaxing a rule in one part of our vast bureaucracy (the Department of Interior, for example) now causes other parts of our vast bureaucracy (the Environmental Protection Agency, for example) to automatically exercise more restrictive rules, thus making it nearly impossible to control or predict what the federal bureaucracy might do at any given moment. That column will have to either be written by someone else or written on another day, though, because there’s a more important issue to face today.

Nevada is a de facto colony, I say, and colonies don’t control their own destinies.

What do I mean? One good example will suffice: housing prices in Clark County, though flagging recently, have been growing rapidly over the past few years. Ordinarily, there would be a simple solution to this — build more homes. This, however, requires land, and the supply of available non-federally owned land in Clark County is dwindling. If housing prices in or near Las Vegas get high enough, the federal government may — may — agree to part with 110 acres of the more than 58 million owned in Nevada by the federal government.

Or it may not.

To improve our odds of receiving a pittance from the gilded throne in Washington every few years, both Clark County and Washoe County play the same coy game: They ask our congressional representatives to push for release of some federal land for development — in exchange for each county promising not to protest the federal government’s ownership of millions of acres of land for the rest of Time (wilderness lands, in other words), could the federal government pretty please release just a little bit of the Wilderness Study Areas and other BLM lands surrounding Nevada’s two largest metropolitan areas so just a little more housing can be built?

Clark County’s cherry on top was asking (in June) for more land for the Moapa Band of Paiutes as well; that way, any congressperson that votes against giving Clark County more land to develop is also voting against giving Native Americans more land, which is never a good look. Washoe County, unfortunately, wasn’t quite as clever in their most recent request, which meant that Nevada’s congressional delegation could be clever in turn: They’ll bring Washoe County’s bill to the floor for a vote, sure — if Washoe can get every city within it, including one particular city with an intensely inconsistent attitude toward housing development, to speak in favor.

Naturally, when given an opportunity to face reality and acknowledge that more and more people are moving to Reno and that they may actually need places to live, Reno’s leadership reflected the will of its citizens by complaining that, back when they first moved to Reno, there were farms south of Moana and McCarran wasn’t a loop yet and why are all the new restaurants in Midtown so expensive and what’s with all of the traffic, why it takes an extra 15 minutes to get home during rush hour now…. (Snark aside, North Valley residents, we know your traffic is real, especially when it snows) and parking is getting hard (sometimes) and this place is turning into California, why we have two In-N-Outs now, can you believe it, what is this place coming to...?)

The same City Council that routinely allows developers to convert affordable but deplorable downtown housing into empty lots decided that, well, more land for more housing would be nice and all, but gosh, could Washoe County maybe come back around and ask for their support after several other local and regional bureaucracies weigh in first? After all, there are strip clubs downtown to convert into empty lots, too, and the Reno City Council has its priorities.

An intrepid opinion columnist with libertarian leanings could undoubtedly write a few thousand words or so about how if you think parking problems in the Powning Addition are bad now and might get worse if homeowners could install granny flats in their backyards, just wait until housing prices further respond to market pressures and homeowners start renting rooms in their houses out at $1000+ a pop, like they do in the Bay Area. Said columnist might even add that, if you actually want to prevent that situation and preserve the “character of the community” that matters so much to certain outspoken people, the solution is to plan for, and implement, as much infill and outfill as possible before everyone moves in to the area so people have somewhere to live other than your college-aged child’s former bedroom.

Said columnist might further add that if you’re the sort of homeowner who’s actually looking forward to renting out your house, room by room, at $1000+ a pop, you’re quite welcome to have that preference, but the rest of the community doesn’t benefit from the city government ensuring you can maximize the returns on your housing investment by restricting development whenever and wherever it can. That column, however, will need to either be written by someone else or written on another day, because our longsuffering and overworked editors don’t have infinite patience and would appreciate it immensely if I would just get on with it already.

In the spirit of getting on with it, I’ll note that the curious case of Washoe County’s land bill highlights something Nevada has in common with many past and present colonial possessions throughout history: Just as the British government famously pitted the Sunnis, Shiites, and Kurds against each other in Iraq, our very own federal government pits our counties, cities, developers and conservationists against each other, ensuring that its control over nearly 85 percent of Nevada is never seriously threatened.

If the counties and the cities should start working together, the federal government will just bring up environmental concerns. (Won’t someone think of the poor desert tortoise and the imperiled sage grouse?) And will the federal government then actually give the conservationists what they want: stop “studying” various “wilderness study areas” and actually commit to protect some of them in writing? Of course not. And as long as they don’t, the feds can instead promise to support ranchers or miners or hunters or hikers or off-road enthusiasts or some other interest group down the road with those very same lands. All that’s needed is for that interest group to agree that, yes, the federal government would make a much better steward over those lands than anyone in Nevada.

What do we do about it?

I’m not suggesting we gather up our muskets and prepare for battle, though if the Department of Wildlife has anything to say about it, we’ll have to wait to load them until after we’re done driving to our destinations. No, the first step is to recognize that we’re not alone. Not only do several western states, such as Alaska and Utah, have high levels of federal land ownership, U.S. territories such as the Mariana Islands face similar issues. Solidarity with all people affected by federal mismanagement over the territories under its jurisdiction is a necessary and important step toward ensuring the federal government can’t continue to divide and conquer us, and it also gives us a chance to learn effective ways to combat its power.

For example, the people of the Mariana Islands have achieved some success by using the U.S. Navy’s own policies and procedures against it, filing thousands of questions in writing regarding its plan to bomb Pågan island, questions which the U.S. Navy, by law, must answer one by one before they proceed. This is a strategy Nevadans might want to consider to counter the Navy’s plans for the areas near Fallon and Gabbs.