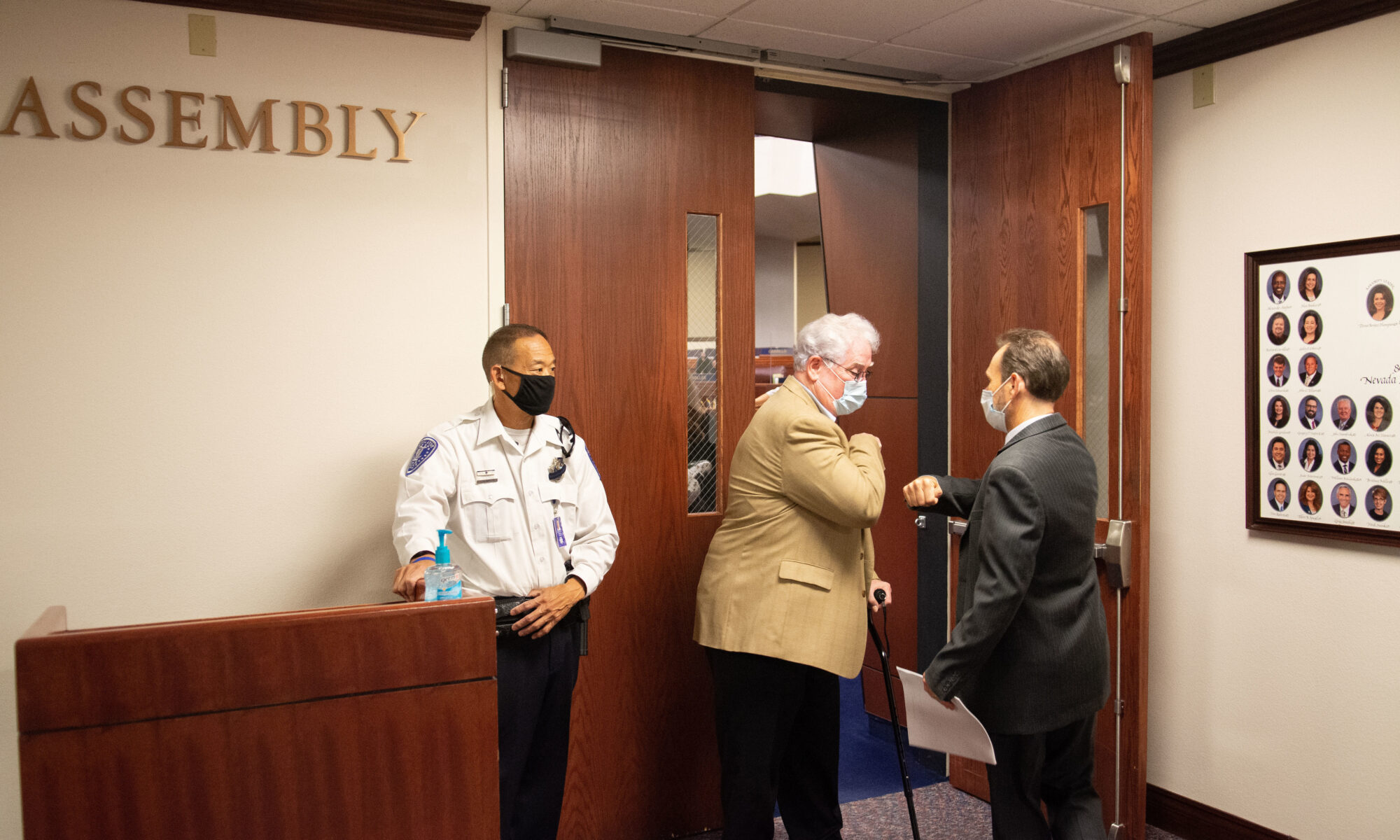 Lawmakers began the task of filling the $1.2 billion hole in the state’s budget on Wednesday as they kicked off their special session with a litany of budget and agency briefings throughout the day.

Both the Assembly and Senate started their days with a budget overview from Susan Brown, director of the Governor’s Office of Finance, with the Senate taking up budgets from the Department of Health and Human Services and Capital Improvement Program, which funds buildings and public works programs, and the Assembly dealing with K-12 and higher education funding in the afternoon.

They also swore in the newest member: Kasina Douglass-Boone, who was appointed to fill the Assembly District 17 seat left vacant after Democrat Tyrone Thompson died unexpectedly last May.

As the meetings and physical building are closed to the public because of the ongoing coronavirus pandemic, proceedings were livestreamed and public comment was provided through phone lines. Watch the meetings live here.

Senate Majority Leader Nicole Cannizzaro, during a press conference Wednesday evening, said that there are “ongoing discussions” about a possible tax increase that would ease some of the proposed budget cuts lawmakers are considering during the special session. Democrats have a two-thirds majority in the Assembly but are one vote shy in the Senate, meaning that they would need one Republican to sign on to approve any tax increase.

“We can’t do this alone. We need bipartisan support if we’re going to talk about any revenue in the Senate,” Cannizzaro said. “Senate Democrats cannot do that by ourselves, and so we’re working with our colleagues, we’re talking to members of the Senate and taking information from these presentations to figure out a way to move this state forward, to protect as much as we can the most vulnerable populations.”

Cannizzaro said she expected conversations about a possible revenue proposal to continue “over the next few days.”

Cannizzaro and Assembly Speaker Jason Frierson both reiterated a desire to mitigate the worst of the budget cuts, with Frierson saying he was “personally not comfortable” with making any legislatively driven cuts to the state’s K-12 budget account, known as the Distributive School Account.

He also said that in spite of photographs and social media posts showing some legislators not wearing masks, he was confident that the body could continue to operate during the pandemic. He said he wasn’t aware of any staff or legislators testing positive — noting he himself had recently tested negative — and that contingencies were in place should a lawmaker test positive for the coronavirus.

Cannizzaro also weighed in on the possibility of a second special session that would deal with policy issues, including the ongoing coronavirus pandemic and racial injustice.

Asked whether she would revisit SB242, a bill she sponsored in 2019 that expanded protections for police officers accused of misconduct, Cannizzaro said that it is “certainly part of the discussion.

“Certainly I will say this, I don’t think it was ever the intention by this Legislature, certainly not by myself, to create a situation where we cannot hold police officers accountable,” she said.

1:10 p.m.: Masks, social distancing and a fight over remote voting

Most of the Legislature’s normal procedures have been thrown out of the window in favor of new, safety-centered protocols adopted by the Legislative Counsel Bureau for the special session.

The Legislature’s physical building in Carson City is closed to members of the public and lobbyists for the duration of the special session, leaving the normally packed halls of the building empty. Legislative leadership offices, a favorite hangout and waiting room for lobbyists, are restricted to just two guests at a time.

Policies inside the actual chambers have changed as well. In the Senate, plexiglass panels have been installed between every other seat, with senators required to wear masks while moving in the chamber and asked to sit while speaking when they normally would have stood.

In the Assembly, the large glass panels separating the chamber from public seating areas have been removed, with several lawmakers placed in those spaces in order to allow Assembly members to be seated at least six feet apart to meet social distancing requirements.

Outside, the Nevada National Guard conducted temperature and health screenings of anyone entering the building. Several groups including state workers, educators, and anti-mask activists unable to enter the building also posted up outside.

Once the Legislature was called into session, members of both bodies voted to adopt rules allowing for remote voting and meeting attendance to take place, which Democratic leadership touted as a necessary safety precaution but Republicans opposed, saying it violated constitutional requirements that votes take place in the seat of government.

Members of the Assembly also adopted rules requiring a face covering or mask. Those found to be violating the rule will be barred from voting or speaking while in legislative chambers, except to apologize or explain their actions.

The Assembly rules also set guidelines for people who are exposed to COVID-19. Members who are diagnosed with COVID-19 or quarantined after an exposure must immediately notify legislative leaders and leave the building.

Members are permitted to continue working after an exposure if they are asymptomatic, are screened daily, wear a mask and practice social distancing.