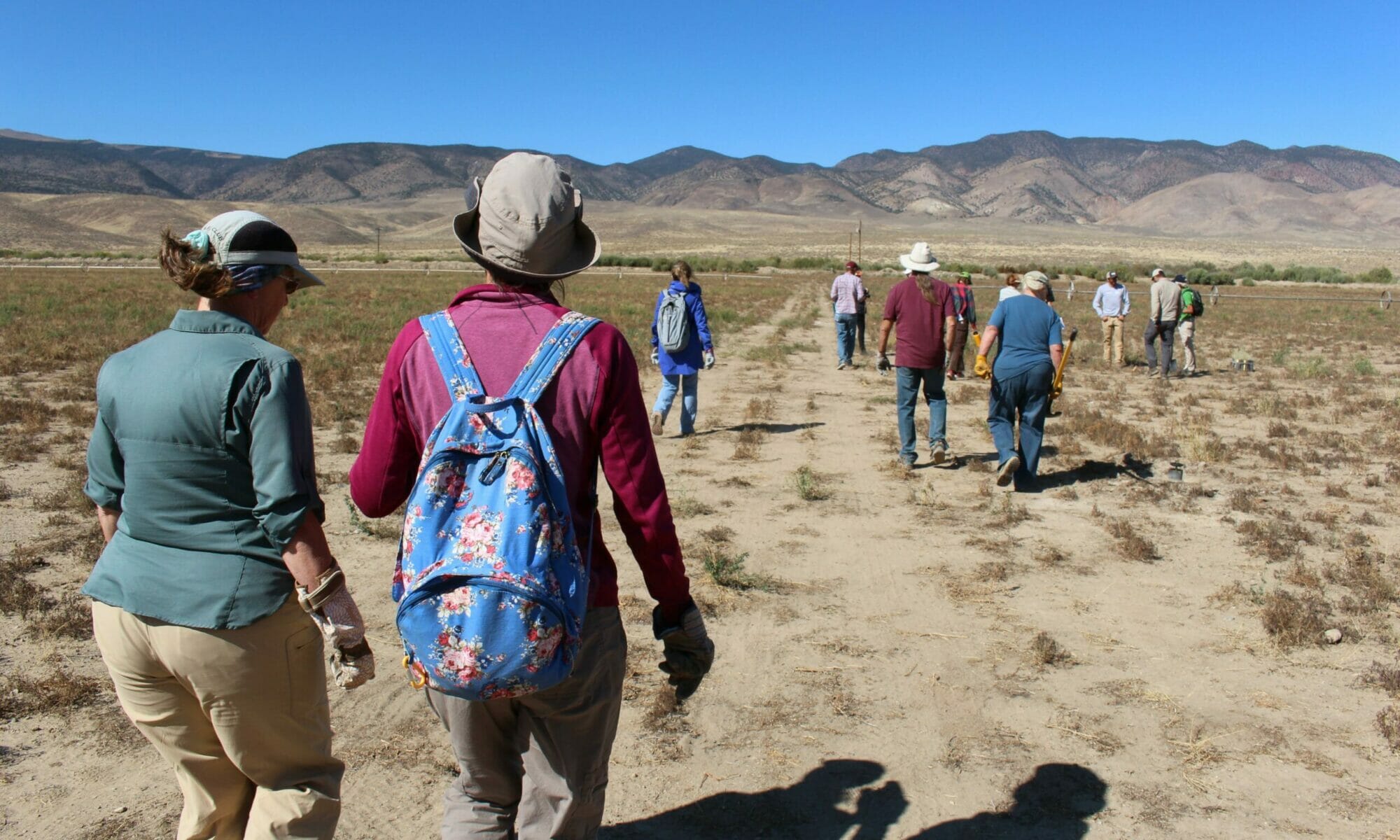 Nevada’s outdoor industry generates $12.6 billion a year for the state and provides about 87,000 jobs, not to mention the fitness, health and happiness benefits that researchers say comes from spending time outside.

However, the research also shows that not everyone is partaking in all the outdoors has to offer, with white Americans making up almost three quarters, or 74 percent, of people who participated in at least one outdoor activity in 2017 in the U.S. Whites are overrepresented in outdoorsy activities relative to their proportion of the population, while other ethnic and racial groups are nationally underrepresented.

The low levels of diversity in outdoor recreation have spurred the creation of various organizations — including Get Outdoors Nevada and Get Out Stay Out — focused on promoting a more inclusive image of outdoor activity and make outdoor spaces more accessible to all. The Legislature also stepped in this year, creating a new Outdoor Recreation Division that will work to increase access to Nevada’s open spaces for community members who may have trouble getting outdoors comfortably.

“We have a lot of people in inner cities who never get out to the parks; and people with mobility issues — it might be harder for them [to access]. So making sure that they have access is part of the reason the governor and [Assemblywoman] Maggie Carlton created the Office of Outdoor Recreation,” Lt. Gov. Kate Marshall, who heads the state’s tourism commission, said at the Public Lands Day event in Las Vegas last month.

Despite the homogeneity among people getting outdoors, there are bright spots in the push to include a more diverse group. Data shows that Latinos’ participation outside has been increasing by an average of one percent over the last five years, while most other groups’ participation has declined, including white Americans.

A report from the Outdoor Industry Foundation shows that Hispanic participants went on the most outdoor outings with an average of 87 outings per person in 2018 out of any other racial demographic. The most common “outdoor outings” include jogging or trail running, road biking, mountain biking, and BMX, with the most listed reason to get outside being to “get exercise.”

Overall, about 49 percent of the population went on at least one outdoor outing in 2017.

Groups trying to ensure more diversity among people enjoying the outdoors say the work involves not just planning trips, but overcoming deep-seated internal barriers to feeling at home outside.

Get Outdoors Nevada, a non-profit organization based in Las Vegas, promises to “connect people of all backgrounds and ages to Nevada’s diverse outdoor places.” Last year, the organization supported 134 buses that took more than 6,000 local youth to the outdoors. The organization will take an entire grade level, such as fourth graders at a local school, and educate them on weathering and erosion at Lake Mead National Recreation area, for example.

Many of Get Outdoors Nevada’s education efforts are in collaboration with the Clark County School District, which is made up of 46.4 percent Latino students. Approximately 66 percent of those served through the organization’s education program were considered to be from “at-risk” or underserved communities.

Get Outdoors’ Executive Director Mauricia Baca said one of her goals for the organization is to inspire the youth to consider future goals in the outdoor industry and government leadership positions that will make major decisions on the nation’s public lands.

Get Out Stay Out, a non-profit based in Santa Maria, California, focuses on providing culturally equitable excursions for indigenous and migrant youth in the region. The organization achieves its purpose by reflecting the youth they serve in those they have in leadership positions. According to the organization’s founding executive director, Karen Ramos, women of color make up 90 percent of Get Out Stay Out’s team.

Ramos said she focuses on ensuring that the youth in her program know they deserve to be in the outdoors, instead of feeling like the experience is something they must earn. She explained that some outdoor organizations that give opportunities to youth of color perpetuate a narrative in choosing the “exceptional immigrant” or the “exceptional minority,” making youth feel their spots must be earned.

“And I think that that’s what’s lacking is that oftentimes we place this unnecessary standard and this unnecessary burden on black and brown bodies in this country — that somehow, in order to have the opportunity to even recreate, you need to be earning it and deserving it,” she said. “I really want to break that.”

Ramos said having a team that is reflective of the diversity they are hoping to foster makes the recruiting process easy.

“I think that that’s where it starts is not having this mentality of ‘me and I’m going to go help and save them’ — this was a community I know because this is where I grew up and these are the people that have raised me,” she said. “And so the outreach for us has become second nature where we have people inquiring about it.”

The effort to increase participation in the outdoors goes beyond nonprofit organizations and has recently become a Nevada state government priority.

AB486, a bill that created the Outdoor Recreation Division within Nevada’s Department of Conservation and Natural Resources, was signed into law by Gov. Steve Sisolak in June. In addition to maintaining and rehabilitating existing outdoor facilities, increasing connectivity between recreation locations and engaging youth, one of the outlined goals for the new division includes meeting the needs of underserved regions and populations.

Ramos said the outdoors can provide space for community reflection for youth, transforming and deepening the experience. She said being outdoors may be a new experience and an uncomfortable one because some of the youth have internalized discrimination.

“But the outdoors, for me, fostered the perfect environment to become a catalyst for opening up and being vulnerable about the issues surrounding our communities,” she said. “Sometimes I, our youth and our kids get super vulnerable. And I think that’s really special and beautiful to see, especially for an outdoor program that can sometimes be flattened to only having one emotion, which is ‘fun’.”